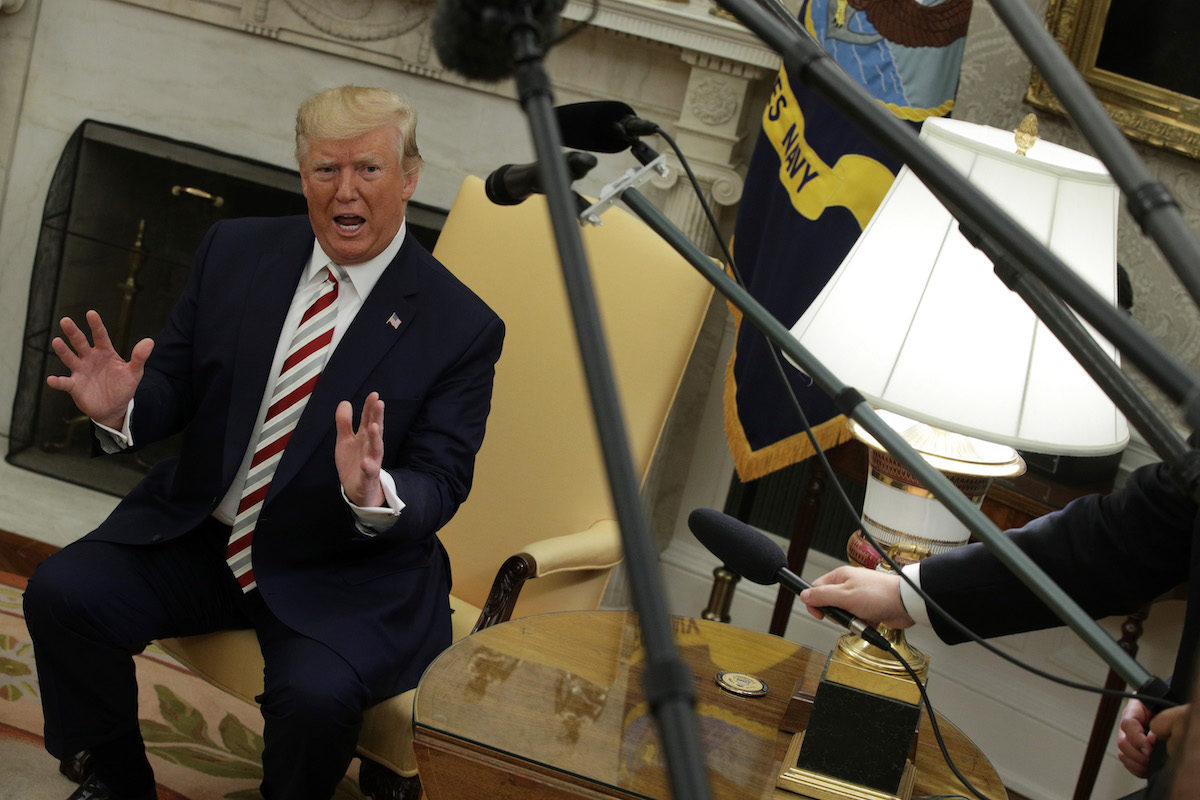 We’re halfway through this week and here’s what we’re dealing with in Trumpland:

Donald Trump recently reportedly expressed interest (“with varying degrees of seriousness”) in purchasing Greenland. Greenland is a Danish territory with an autonomous, self-ruling government. It’s also not for sale, which is what that government said in a short, polite statement.

Denmark’s former Prime Minister tweeted that this “must be an April Fool’s Day joke.” The current Prime Minister Mette Frederiksen called the idea “absurd” and agreed the country isn’t for sale, but stressed that she was looking forward to meeting Trump during a visit that had been scheduled for next week.

Had been, that is, until Trump tweeted last night that he was cancelling the trip, specifically because Frederiksen said she didn’t want to discuss the purchase of Greenland.

….The Prime Minister was able to save a great deal of expense and effort for both the United States and Denmark by being so direct. I thank her for that and look forward to rescheduling sometime in the future!

It’s not clear when or why he thinks he can “reschedule” that meeting if it’s still going to be predicated on discussions of buying a country that isn’t for sale.

This came about 24 hours after he tweeted this—I assume—attempt at a joke.

I promise not to do this to Greenland! pic.twitter.com/03DdyVU6HA

It was also right before Trump quoted a conspiracy theorist radio host calling him the “King of Israel” and comparing him to “the second coming of God.” He also told reporters that any Jews who vote Democrat are demonstrating “either a total lack of knowledge or great disloyalty.”

The President is a raving lunatic.
He is not well.

None of this is normal.

So to sum up:
He asks for an invitation from a great friend and ally.
The Queen obliges invites him for a State visit.
He declares the visit contingent on the great friend selling part of it’s territory to him
This. Is. Not. Normal.

He is so petty and so fragile. Luckily, President Obama will be travelling to Denmark next month to remind the country that not every American is a huge freaking embarrassment. Hmmm, I wonder if those two events—Obama’s trip and Trump’s cancellation—are at all related.

.@maggieNYT very shrewd. This isn’t about Greenland. Obama scheduled to visit Denmark 9/28. Trump was scared of the likely contrast to his state visit on 9/2-3. https://t.co/BsRvpMQ8Xj