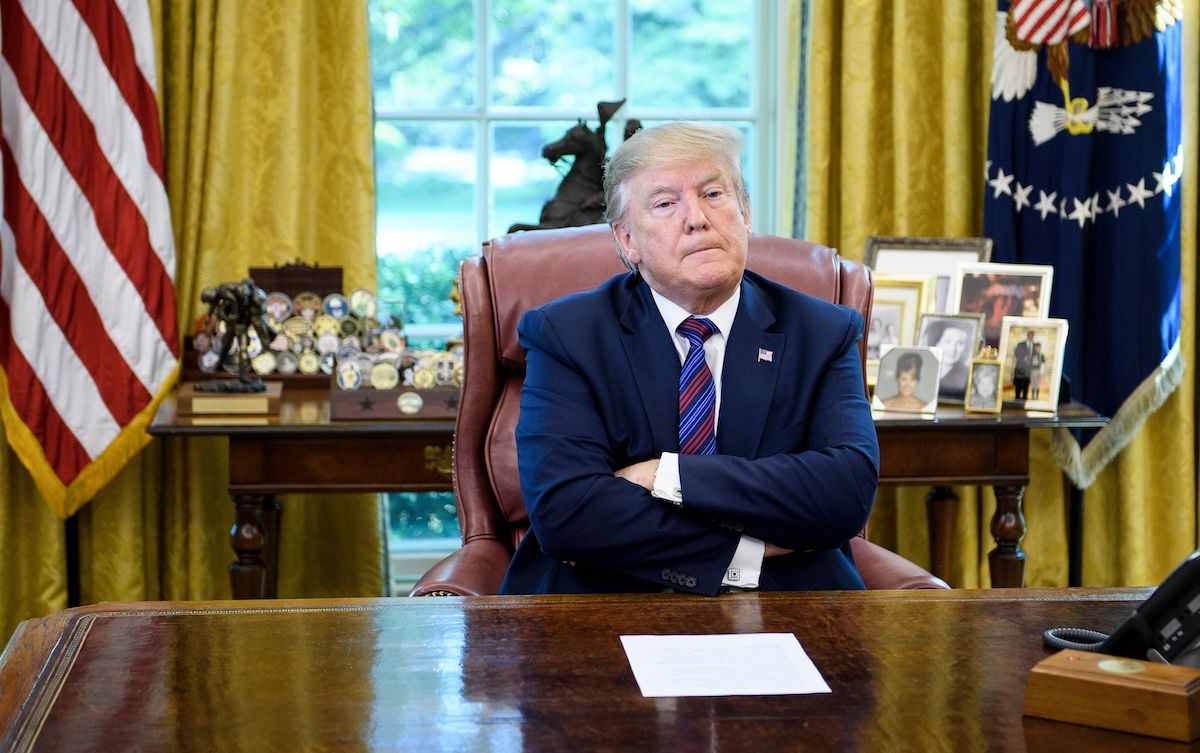 In the most recent edition of “what fresh hell will 2019 bring us this week,” Donald Trump is allegedly trying to buy Greenland. Yes, you read that correctly. He wants to purchase Greenland. The statement is so absurd that one must take a moment to actually sit there and process whether or not this and the past three years are proof of a glitch in the simulations.

The Wall Street Journal reports that Trump has expressed an interest to his advisors about purchasing Greenland, and has allegedly even listened when they explain why Greenland is a great resource, before telling them to look into how to buy the island from Denmark. Worse is that the report says that some of his advisors have supported the idea, which is the equivalent of a parent teasing a small child that they will get a pony for their birthday. Sure, it makes the kid happy, but it’s a terrible idea for all involved and the parent should know this.

However, we live in America in 2019 so no one knows any better and nothing matters because the President wants to buy Greenland rather than fight climate change.

The government of Greenland released a statement saying, “We have a good cooperation with USA, and we see it as an expression of greater interest in investing in our country and the possibilities we offer. Of course, Greenland is not for sale.” The former Prime Minister of Denmark, on the other hand, made his take on the situation a little more snarky in a tweet.

It must be an April Fool’s Day joke … but totally out of sesson! https://t.co/ev5DDVZc5f

It is worth noting that America has previously tried to purchase Greenland twice, once in 1867 and once in 1946. Both times failed. Maybe the advisors to Trump who should be relatively well-educated in America’s history with other countries should know this. Maybe they could then advise against it, but again, this is 2019 and we have to go through this terrible news cycle every hour because the apocalypse didn’t take us all in 2012.

Look, there is no method to the madness. The idea that Trump wishes to purchase Greenland feels like an Onion headline come to life. Greenland, which is Denmark’s territory governed by an independent government, is not just up for sale. It is a country, with people and officials and probably stronger gun control laws. There are far more pressing problems to be dealt with, though honestly if Trump wants to twiddle his thumbs and focus on buying Greenland rather than continuing to enact deeply harmful practices like supporting ICE detention centers or nominating more Kavanaughs to the Supreme Court, maybe he should do this.

This entire situation is ready-made for late-night TV jokes and an excellent John Oliver bit, but it’s also tiring. So instead of groaning in frustration, check out this great humor piece about Denmark offering to buy America, which is infinitely, infinitely funnier than this actual situation and enjoy the Twitter jokes about it all.

I may have to go to Greenland now and kick the tires on this deal. #ConanGreenland

So, Greenland is in the news today pic.twitter.com/CuAVUs9K1t

More importantly, a Democratic Presidential hopeful bought the site Is Greenland For Sale, and it is every bit as great as you want it to be.