We're still waiting for an answer. 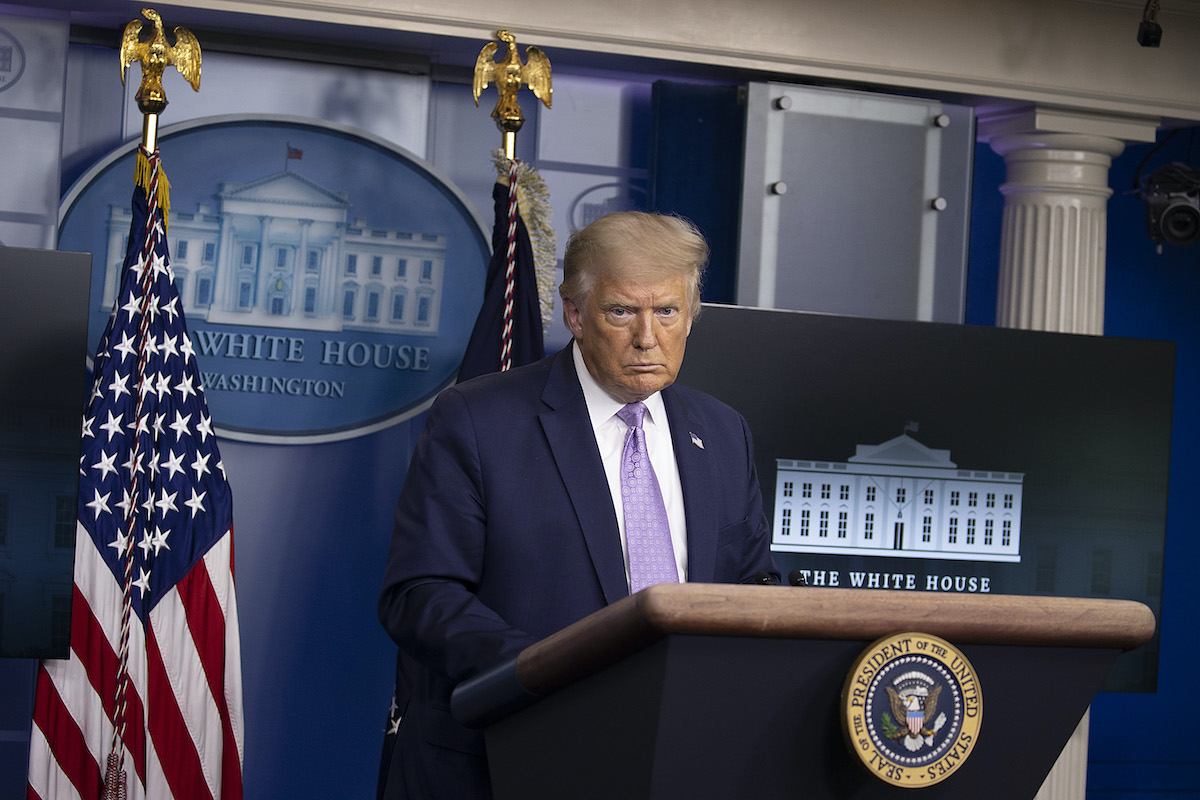 During Donald Trump’s press briefing yesterday–which was ostensibly supposed to be about a Middle East peace deal but was instead just another government-funded anti-Biden campaign rally–one reporter finally asked the question we’ve all been waiting to hear: Does he regret all the lies?

“Mr. President, after three and a half years, do you regret at all, all the lying you’ve done to the American people, on everything?” asked HuffPost senior White House Correspondent S.V. Dáte.

“All the what?” Trump responded.

Dáte: “All the lying. All the dishonesties.”

Trump: “That who has done?”

You can watch the incredible moment here:

Question: Do you regret at all the lying you’ve done to the American people? pic.twitter.com/FUh5jYHs0o

To be fair, this wasn’t the first time Trump has been called on a lie in the briefing room. Just last week, CBS’s Paula Reid asked him why he kept lying about having passed the veteran’s healthcare program Veterans Choice. He wouldn’t answer and she wouldn’t drop it, so he just walked out and started blasting The Village People. It was weird.

Trump gets frustrated when @PaulaReidCBS won’t stop trying to ask him a question about why he keeps lying about Veterans Choice, then abruptly ends the news conference as “YMCA” plays pic.twitter.com/Z3uVxebKGH

That was really commendable, as was Dáte’s decision to call Trump out on all the lies. Because really, how do you pick just one? If you could call Trump on a lie, would you choose one of his many statements about the coronavirus—from how well we as a country are handling testing to the notion that children are “almost immune” to the virus to his refusal to give up hydroxychloroquine as a cure? His false claims about the booming economy? Or what about his constant lies about mail-in voting? Or the many lies he told about Joe Biden in just this very press conference? Where do you start?

Back in January of this year, Dáte wrote an in-depth profile of Trump’s lies, of both their effect on the country and its reputation abroad.

“What Trump has brought, uniquely, is far more consequential long term,” he writes. “He has destroyed the credibility of the United States government, both at home and abroad. And while Scalise and other Republicans like to pretend that that doesn’t really matter, it does. Immensely.”

He also acknowledges the role the press has played, usually unwittingly, in normalizing those lies. There are a lot of factors in play there, he writes. The landscape of journalism has shifted: A White House press corps position used to go to veteran journalists. Now, mostly thanks to budget cuts, those reporters are much younger, much greener, and most of them have a daily quota for pieces that makes it impossible to thoroughly research the information presented to them by an institution that has decided to break with the tradition of trust that used to exist between the White House and reporters.

“As it turns out, though, the Trump noise machine is perfectly suited for meeting that five-or-six piece quota. […] This is why even senior members of the White House press corps – those who should know better – actually praise Trump and his White House for being the most ‘accessible’ in history, without acknowledging that so much of that access is to material that is either straight-up false or noisy nonsense.”

Dáte doesn’t offer this information to excuse a press corps that’s unprepared to combat this administration’s constant lying, but to offer some context for how we got to this place. It also sets the stage for Dáte’s questioning of Trump yesterday, which has been a long time coming.

For five years I’ve been wanting to ask him that.