Our president is garbage. Sad! 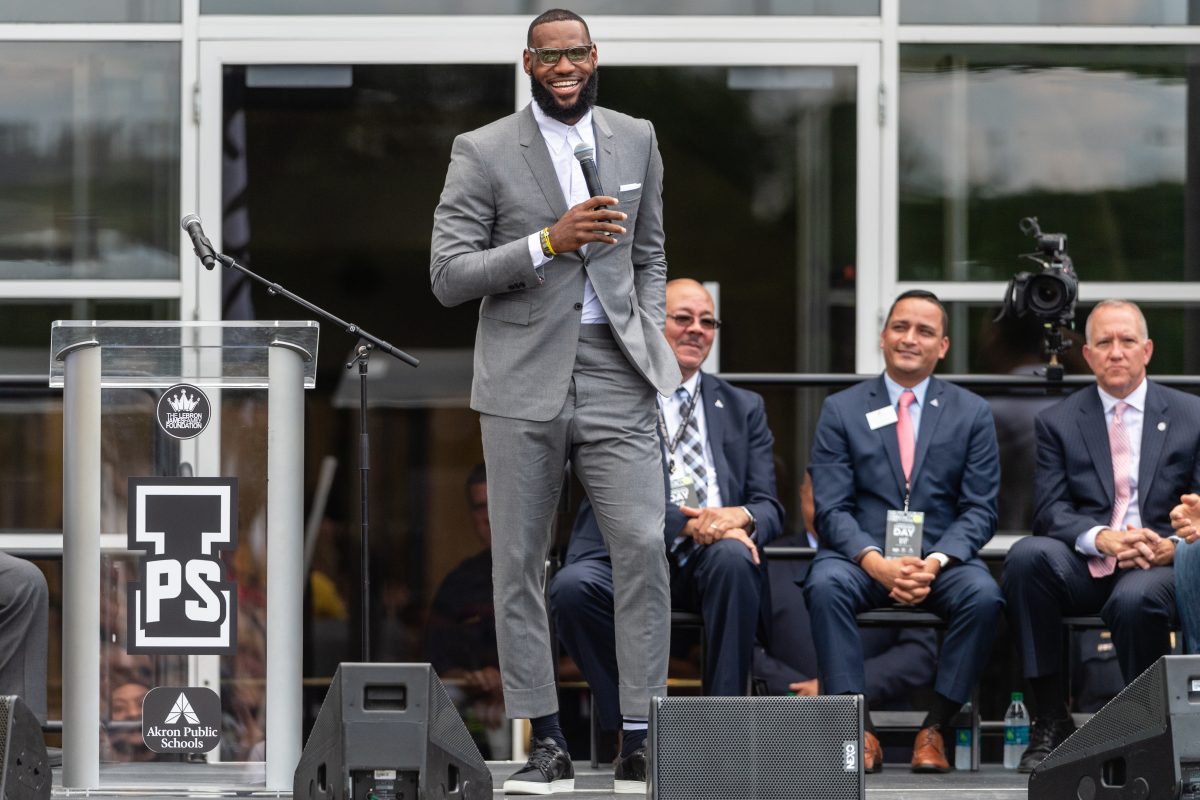 Donald Trump’s tweets are so relentlessly incoherent and offensive, they all start blending together like a racist, sexist Vitamix of bad takes. Last night, Trump tweeted a response to LeBron James’ interview with CNN’s Don Lemon. James told Lemon that he would never sit down with the president, and called him out for stoking racism and using sports to further divide the country. James has long been an outspoken critic of the Trump administration, as well as a political activist and philanthropist. Trump got all in his feelings and tweeted this:

Lebron James was just interviewed by the dumbest man on television, Don Lemon. He made Lebron look smart, which isn’t easy to do. I like Mike!

The tweet immediately caught fire on the internet, inspiring countless clapbacks. James was on Lemon’s show to discuss the opening of his I Promise school for at-risk children in Akron, Ohio. Not only is the school designed to help students, but it also offers services for struggling families, which include counseling, job placement programs, and a food bank. James’ work is nothing short of remarkable, and Twitter rightly trolled the president right back:

The LeBron James tweet is not minor. The President of the United States, a long-proven racist, used his platform to attack two black men last night, one of whom just started a school for at-risk kids. If you're not angry and ashamed for our country right now, we part company.

LeBron James wants to use sports to unite Americans.

Trump wants to use sports to divide Americans.

LeBron James just opened a school so kids can learn.

Trump has made it easier for kids to be shot at school.

Lebron James launched a school for severely at risk children

Trump separated severely at risk children from their parents. https://t.co/rT34AtaM6U

I'd much rather live in a world reflecting the values, philanthropy, and yes intelligence of LeBron James and Don Lemon's intelligent commitment to truth and journalism than the divisive peevishness, lies, and narrow self-interest displayed by the President of the United States.

You know who makes America great?

People who credit their success to hard work and the people around them, try to give back more than they’ve gotten, and speak out against injustice.

Dear Bron, I wrote you but you still ain't call me…pic.twitter.com/Gcd4hMLqLf

Sounds like @FLOTUS had the remote last night. 📺 We hope you both saw the incredible work of @KingJames. #BeBesthttps://t.co/3Ok0z9Z6Ro

Ultimately, this is just another in an endless stream of racist, bitter garbage from the president. But, as we’ve learned from the psychology of bullies, underneath all this tough talk is insecurity and jealousy. And of course Trump is jealous of LeBron. LeBron James is a beloved athlete using his wealth and resources to make the world a better place, aka everything that Trump stands against. What a small, sad little man.