Donald Trump Finally Says the Thing We All Already Knew: No One Likes Him 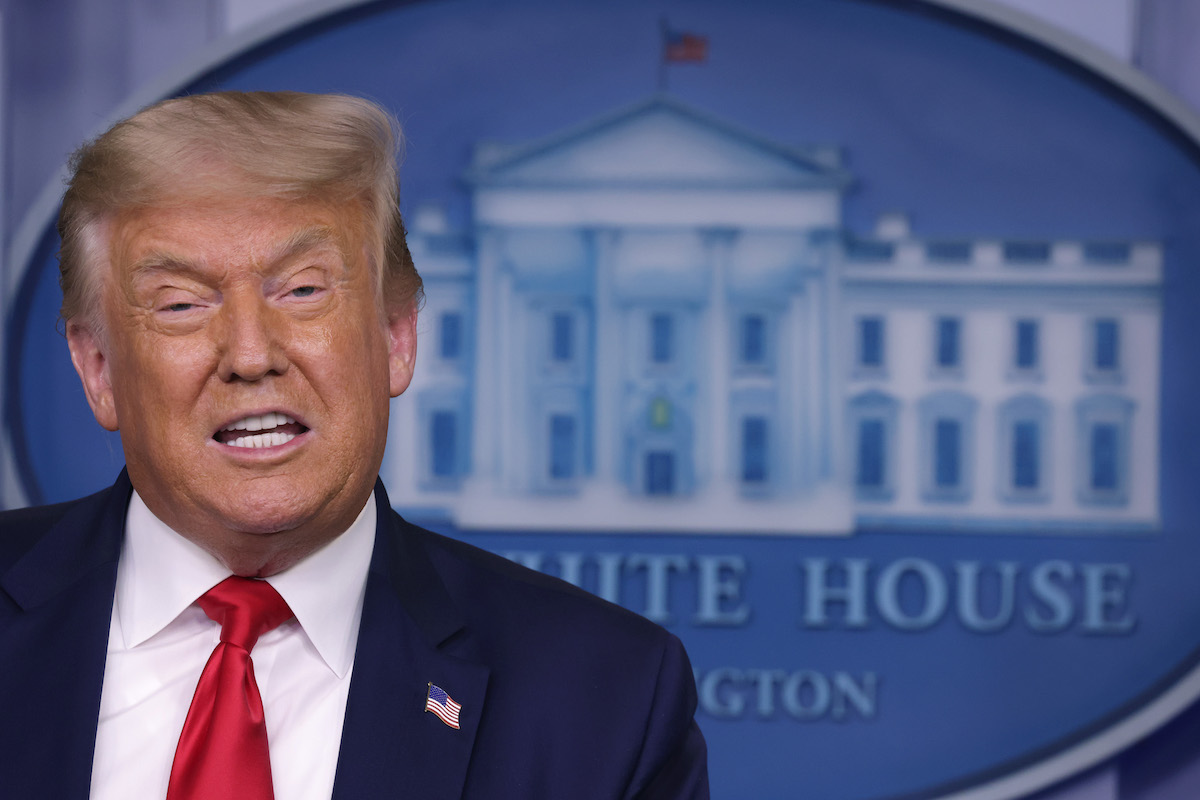 During Donald Trump’s useless coronavirus briefing Tuesday, he accidentally said the thing everyone else has been saying about him for years: That no one likes him.

Trump was on a tangent about Dr. Anthony Fauci, whose popularity and perceived trustworthiness have reportedly irritated Trump, who is very unpopular and not at all trusted.

“Because, remember, he’s working for this administration,” Trump said. “We could have gotten other people. We could have gotten somebody else. It didn’t have to be Dr. Fauci.” He went on to praise his administration’s handling of the coronavirus pandemic before returning to Fauci’s popularity. “And he’s got this high approval rating. So why don’t I have a high approval rating with respect, and the administration with respect to the virus? So it sort of is curious a man works for us with us very closely, Dr. Fauci, and Dr. Birx also highly thought of, and yet they’re highly thought of but nobody likes me.

“It can only be my personality,” he said, which is accurate but also definitely not the only reason. There’s also the corruption, the racism, the dangerous and harmful policies.

My favorite part about his is that that’s the exact same comment that drove Trump to block Chrissy Teigen on Twitter a few years ago.

My other favorite part is just how jealous Trump clearly is of Fauci. Dr. Fauci is a trusted public figure. Brad Pitt plays him on Saturday Night Live. He was invited to throw out the first pitch at the Washington Nationals/NY Yankees game on major league baseball’s opening day and even though his pitch was terrible, everyone found it charming.

After that, by the way, Trump lied about being invited to throw out the first pitch at a subsequent Yankees game. He then cancelled that uninvited appearance but not before tweeting out multiple videos of himself throwing a baseball. It was weird.

Fauci has clearly gotten under the man’s extremely thin skin. And while that’s worrisome because Trump constantly seems to be on the verge of firing him via tweet, it’s also really satisfying to hear the man whose racist, anti-LGBTQIA, anti-woman, anti-science policies are hurting all of us every day, express despair over something so petty.