Donald Trump Jr., the Most Oblivious Person on Earth, Continues to Rant About Nepotism 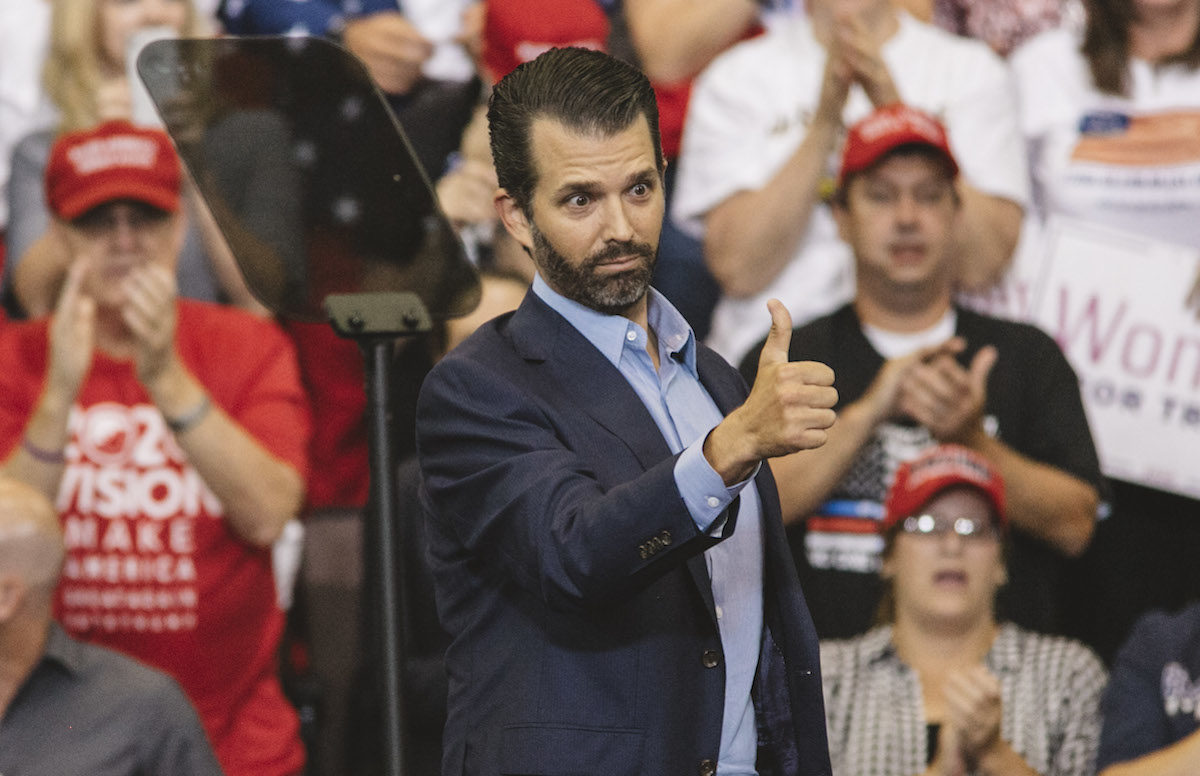 At a recent rally in Cincinnati, Donald Trump Jr. decided to attack Joe Biden’s son, Hunter Biden, for profiting off of his father’s name. Of all the things this particular person could choose to criticize someone for, nepotism sure is a strange choice, given that everything from Don Jr.’s wealth and career to his very name has come 100% from his father.

Dumpster fire at Biden HQ! “It is impossible for me to be on any of the boards I just mentioned without saying that I’m the son of the vice president of the US. I don’t think that there’s a lot of things that would have happen in my life that if my name wasn’t Biden” Hunter Biden

Don rightfully got torn to shreds over the hypocrisy but that hasn’t stopped him from leaning into this self-owning talking point. He appeared on Sean Hannity’s show Wednesday night and said these words, knowing full well people could hear him:

An actual quote from Don Jr about Hunter Biden: “When you’re the father and your sons entire career is dependent on that, they own you” pic.twitter.com/KABtg5XzSa

His defense of that statement isn’t any better. Both he and his brother Eric, who was saying similar things on Laura Ingraham’s show, said the difference between the Trumps and the Bidens is that they started as capitalists and moved over to politics, while they say Hunter Biden was using his father’s political influence to get ahead in business. They say they left business and stopped pursuing foreign deals after their father took office, which simply isn’t true.

“Don isn’t attacking Hunter Biden because he has a famous father, he’s attacking him specifically for selling access to his father’s public office to enrich himself,” the statement said. “There’s a big difference between spending your entire life working your way up in a privately owned family business and leeching off the taxpayers to BECOME a family business based solely off your father’s political office.”

Again, Don Jr. is the last person who should be talking about “selling access” to someone’s father, since that’s literally all he does. Also, not only has the Trump family been very clearly using their political influence to continue to grow the family business, but Donald Trump has been filling positions in his cabinet with totally unqualified people with deep corporate connections.

So yes, there is a difference between that and what Hunter Biden has been accused of doing. But it’s not a “big difference” and one isn’t glaringly worse than the other. They’re basically word jumbles of the same form of corruption.