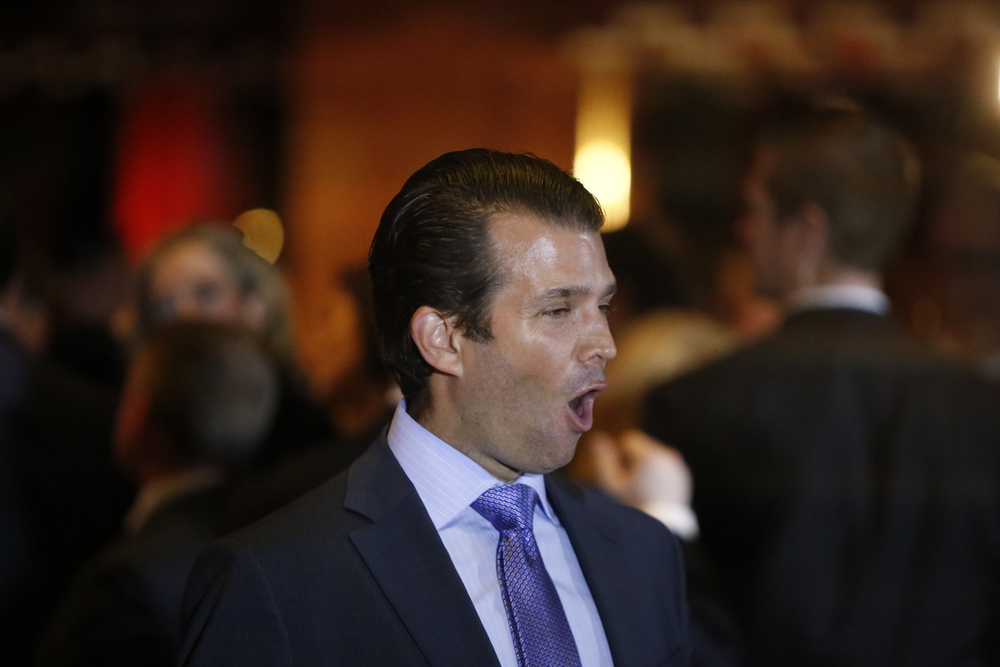 The New York Times has been on top of a story in recent days involving Donald Trump Jr. taking a meeting with a Russian lawyer during his father’s campaign, in order to get damaging information on Hillary Clinton. Today, the Times posted details of his email exchange on the information, and Trump Jr. one-upped them by posting the entire email chain to Twitter himself, self-incrimination be damned. Take that, fake news media!

Seriously, though he insists that the information was just normal political opposition research, the emails he posted show that he was explicitly aware that the supposed information was “part of Russia and its government’s support for Mr. Trump.” The emails also mention a meeting with a “Russian government attorney,” as well as an offer to pass the information to Donald Trump himself, through his assistant, Rhona Graff.

Trump Jr.’s response? “If it’s what you say I love it especially later in the summer.” These emails between Trump Jr. and Rob Goldstone were sent in the beginning of June. The hacked DNC emails were released by WikiLeaks in late July.

Despite posting the whole thing to Twitter for all the world to see, Trump Jr.’s attached statement still focuses on the supposed lack of substance to the eventual meeting—which included Jared Kushner and Campaign Manager Paul Manafort, who knew about these emails—that took place. It’s easy to see his decision to post the emails to Twitter as an incredibly unwise move, but with them already in the hands of the Times, not posting them wouldn’t really help anything other than maybe providing a few days of casting doubt on whether or not they were real—which no one would believe anyway.

It was a get-out-in-front-of-the-story move (as the Times says he knew they were going to publish anyway) that probably won’t change anything, but there wasn’t really another option left in the Trump PR playbook. That’s their whole thing, but they’re not used to being under scrutiny that doesn’t just go away because no one really cares what a businessman is up to for very long. It also deeply undercuts his statement that he’s trying to be “transparent” when he already knew he the information would come out. If it’s going to be out there, why not try to score transparency points?

Or maybe he just wanted to outdo his dad at something, because Twitter is positively on fire with these emails. He even managed to eclipse the earlier story of the day, involving fancy lunchmeat, because that’s Twitter. Everyone’s just kind of in shock over it, including the journalists involved.

I, for one, am kind of glad that he decided to beat them to the punch on Twitter. That way, at least we can say the platform was as responsible for Trump’s fall as it was for his rise, which is pleasingly logical in world where everything is increasingly nuts.