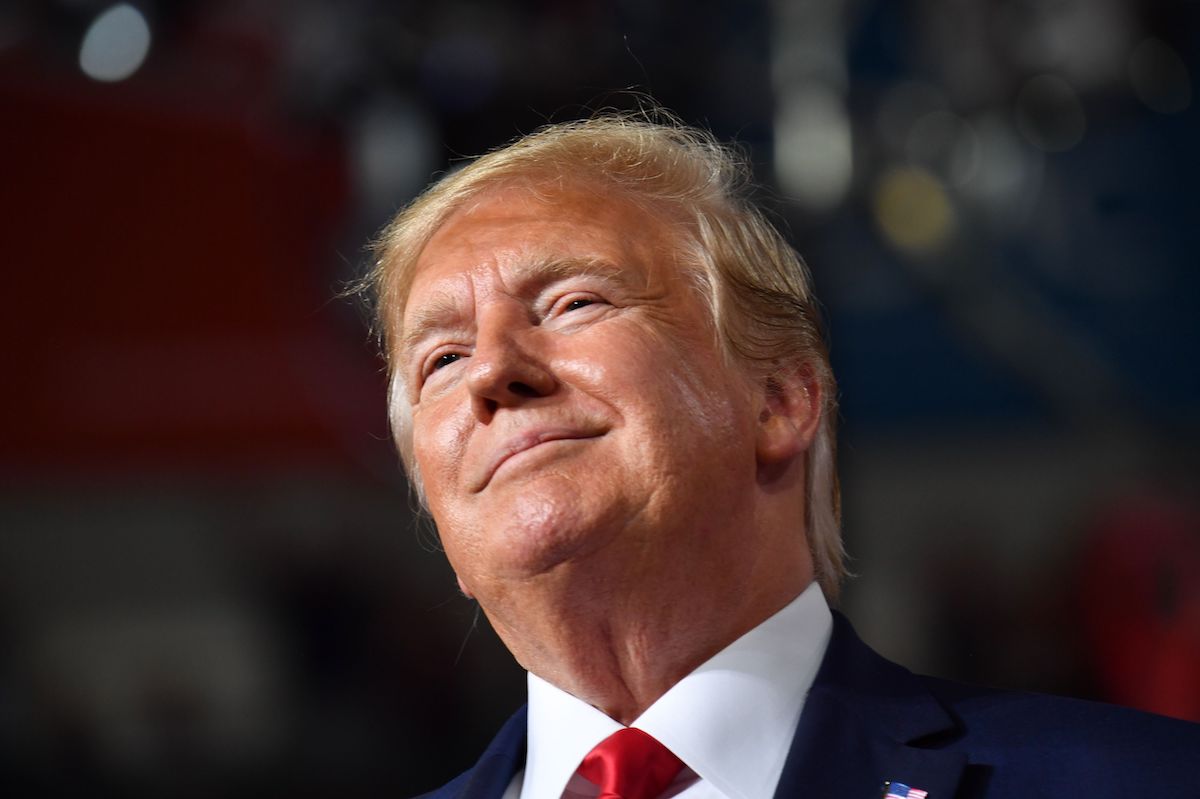 Following the shootings in Dayton, Ohio and El Paso, Texas, Donald Trump blamed the attacks on a few things, including the media, radicalized white supremacists (finally), and (sigh) video games. He also placed special emphasis on mental illness as a factor in gun violence, calling the shooters “mentally ill monsters.”

In speaking to reporters yesterday, he doubled down on the false idea that mental illness is a major factor in gun violence and mass shootings. He also took that idea even further and said that “mentally ill” people should be institutionalized.

Reporter: What executive actions are you prepared to take on guns?

Trump: I do want people to remember the words ‘mental illness’. These people are mentally ill.. I think we have to start building institutions again.. We can’t let these people be on the streets pic.twitter.com/t4kBmw00JZ

When asked what executive actions he’s prepared to take on guns, he responded, “I do want people to remember the words ‘mental illness’. These people are mentally ill. And nobody talks about that. These are mentally ill people and people have to start thinking about it.”

This is such a bizarre thing to say because despite the fact that people suffering from serious mental illness are no more likely to commit violent acts than anyone else, this is always one of the go-to talking points after an act of gun violence. How does Trump think “nobody talks about that”? People are constantly talking about it, and constantly spreading the same misinformation Trump is now.

But wait, it gets worse. He continued, “I think we have to start building institutions again. Because if you look at the ’60s and ’70s, so many of these institutions were closed and the people were just allowed to go onto the streets. And that was a terrible thing for our country. The closed ’em, cities couldn’t afford them and they closed them. […] But a lot of our conversation has to do with the fact that we have to open up institutions. We can’t let these people be on the streets.”

Oh boy, where to start with this? Clearly, he got a half-assed briefing that he half-listened to about the history of deinstitutionalization and took away all the wrong points. Mother Jones has a great timeline of these events but here are a few important things Trump gets so very wrong (via that timeline):

A lot of mental health institutions did close in the 20th Century, but not exactly how Trump says. In the 1960s, JFK signed the Community Mental Health Act to develop more preventive care and treatment facilities with federal funding. (The program was never adequately funded, thanks to the Vietnam War.)

In 1980, Jimmy Carter signed the Mental Health Systems Act which aimed to strengthen community-based mental health facilities through federal grants. In between those two events, thanks to the passing of Medicaid and the Lanterman-Petris-Short Act which made involuntary hospitalization much more difficult, the country did see a huge shift in patients previously being treated in mental health facilities moving either to nursing homes and general hospitals or to prison.

But it wasn’t until Trump’s idol Ronald Reagan took office that things took a hard shift. Reagan repealed much of what Carter had set in place and basically ending the federal government’s role in treating mental illness. So yes, he’s right—cities couldn’t afford to maintain these institutions because the federal government decided to stop caring.

Moreover, when Trump says that the institutions closed and people were “allowed to go onto the streets,” what really happened was that they were forced onto the streets. There was a major increase in homelessness and at least one study found that about 30% of homeless people suffered from serious mental illness.

That does not, however, mean those people were out on the street committing violent crimes, as Trump is implying. Again, people with severe mental illnesses are no more likely than anyone else to commit violent acts, and are, in fact, more than 10 times more likely to be victims of violent crime than those without.

“Mental illness” is a handy scapegoat for a whole range of other issues behind violent crimes but not only is that placement of blame just plain wrong statistically, it does real harm to people and communities who genuinely need treatment for mental health issues. Does Trump know what he’s saying when he declares people “mentally ill”? Does he know how to differentiate between illnesses and the specific challenges and dangers they pose? Does he care that he’s only increasing the stigma around seeking help? Obviously, the answer to all of those questions is no.

The folk who blame mental illness for terrorist shooting attacks should be forced to delineate which specific mental illnesses they think are responsible for radicalizing all these White men into mass murderers. Make them cite the DSM criteria and applicable treatment options.