Donald Trump Defended the Cruelty of Turning Away Hurricane Survivors, Saying There Are “Very Bad People” Hiding Among Them

It's both racist and factually baseless—a Trumpian two-fer. 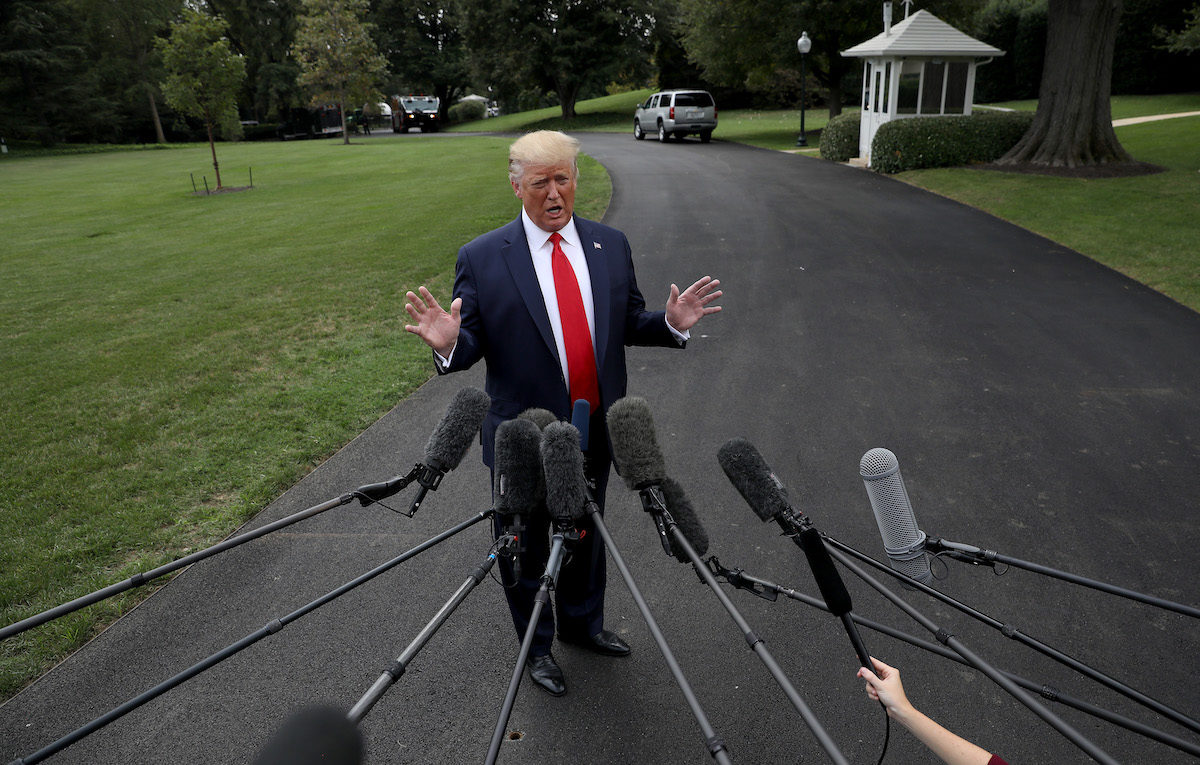 The destruction Hurricane Dorian has left in the Bahamas is massive. More than 40 people have died (although that number is expected to rise) and approximately 70,000 more have been left homeless. Many of those affected have been hoping to seek refuge in the United States, and U.S. officials were working to make that happen.

Acting Commissioner of Customs and Border Protection Mark Morgan had said that Bahamian evacuees would be able to enter the country without visas, just with a passport and documentation of a lack of criminal record–the same requirements normally in place for Bahamians coming to the U.S. by air. (The CBP website doesn’t list requirements for travel by boat, but Morgan said they were “expediting” that process in the wake of the storm.) They’ve reportedly been ferrying evacuees over for days already.

This is what I’m learning from passengers: normally Bahamians can FLY to the USA with their passport and a clean police record. Bc of the hurricane, the rules were changed and they could also come to US under those conditions on ferries and ships. They’ve been doing that for days

Then on Sunday, more than 100 people were forced to disembark a ferry going from Freeport, Bahamas, to Florida.

Big problems on the ferry from Freeport to Florida — announcement just made that any Bahamian without a visa must now get off. This is not normal. Nornally Bahamians can travel to USA with passport and a printout of their police record. This is a mess. pic.twitter.com/DESUm2qBGE

The CBP said the refusal of these evacuees was due to “confusion” on the part of the ferry operator, and Florida Senator Marco Rubio blamed the shipping company, saying they “didn’t coordinate a pre-screening & then didn’t want to wait for one.”

Donald Trump, though, said Monday that there are “very bad people” trying to use the storm to sneak into the country.

The idea that gang members and drug dealers have been hiding out in the Bahamas in order to use a category 5 hurricane as cover to come to the U.S. is both totally racist and factually baseless–a Trumpian two-fer.

Turning away our Bahamian neighbors from temporarily entering the US after they have lost everything in Hurricane Dorian is unconscionable and goes everything our country stands for. https://t.co/Td4YhNL8AJ