Once Again, Donald Trump Shows the World Exactly How NOT to Respond to Assault Allegations 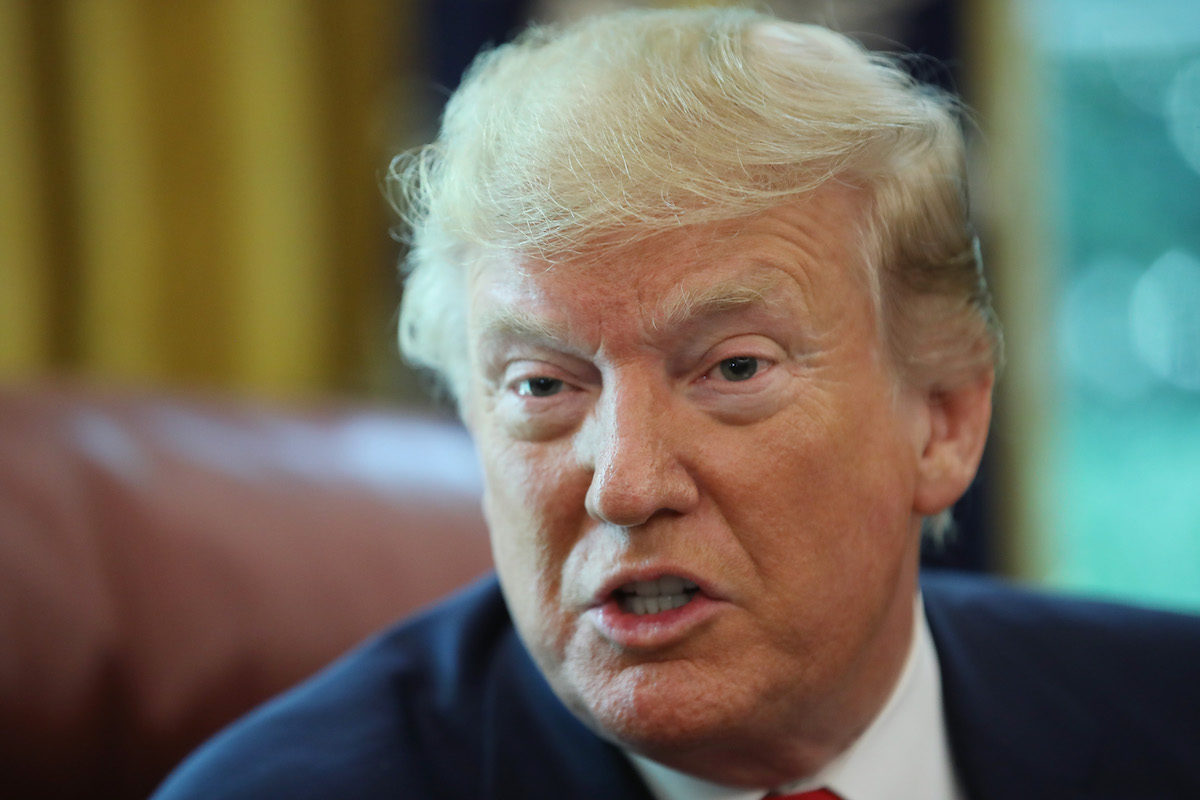 In an interview with The Hill, Donald Trump expanded on his denial of the rape accusations made against him by writer E. Jean Carroll last week.

Trump had previously said they’ve never even met–a statement proven immediately false by the presence of a photograph of the two taken together at an NBC party. If we’re giving Trump the benefit of a doubt he most certainly hasn’t earned, sure, I can imagine meeting someone (even a famous person) once at a party decades ago and not remembering them. (Although he has repeated the claim, even in a written statement, after he was made aware of the photo’s existence.)

But then he went and doubled down on his denial in maybe the vilest way possible.

Trump says that Carroll is “totally lying”–the same thing he’s said about the many other women to have spoken out about his predatory behavior. He also said that he couldn’t have raped her because she’s “not [his] type.”

“I’ll say it with great respect: Number one, she’s not my type. Number two, it never happened. It never happened, OK?” he said from behind his desk in the Oval Office.

Let’s break that down. First, there’s no respect present in that statement. And then to say that her appearance is the “number one” basis of his denial is far more disgusting than he has to realize.

Number two is that it “didn’t happen” but the number one reason why is because he claims not to find her attractive. The obvious implication being, of course, that if he had found her attractive, he might have assaulted her in the way she described.

“I only rape a certain type of woman” is maybe not the defense Trump seems to think it is.

reassuring to know the president only rapes hot people

Just for those who may be a little confused, “I wouldnt rape her because she isnt my type.” Is an absolutely atrocious response to a serious allegation.

So we’re just gonna let the President say that someone was not the type of lady he likes to rape? Okay, just checking!

The “she’s not my type” defense against a rape allegation is of course repugnant on every conceivable level but also not particularly strategic, since what is being implicitly acknowledged is that should she have been his type, he might well indeed have raped her.

Again, this is a disgusting way to deny accusations of assault. It also ignores the fact that rape and sexual assault are not crimes of passion. They’re crimes of control and dominance.

BUT ALSO CIRCLING BACK TO FIRST POINT: RAPE IS NOT ABOUT SEX OR ATTRACTION IT IS POWER AND VIOLENCE AND THIS MAN SHOULD NOT BE IN THE WHITE HOUSE. Obviously.

Trump has previously admitted to getting off on abusing the power that comes with his fame. In his infamous Access Hollywood tape, that’s what he was talking about. He said he loves to just start kissing women without their permission. “I don’t even wait. And when you’re a star, they let you do it. You can do anything,” he said. “Grab ’em by the pussy. You can do anything.”

“They let you do it,” by the way, since I still see people making the argument to take those words at face value, is not an indication of consent. It means–at least according to more than a dozen women who have spoken out against such behavior–that they were too shocked to know what to do, or that he was able to make sexual contact before they managed to get away. “They let you do it” means “They can’t stop you.” And that is what Trump is bragging about–not the sex, the power.

E. Jean Carroll did have a fantastic response to Trump’s denial, one whose sentiment I think is shared by most women on the planet.