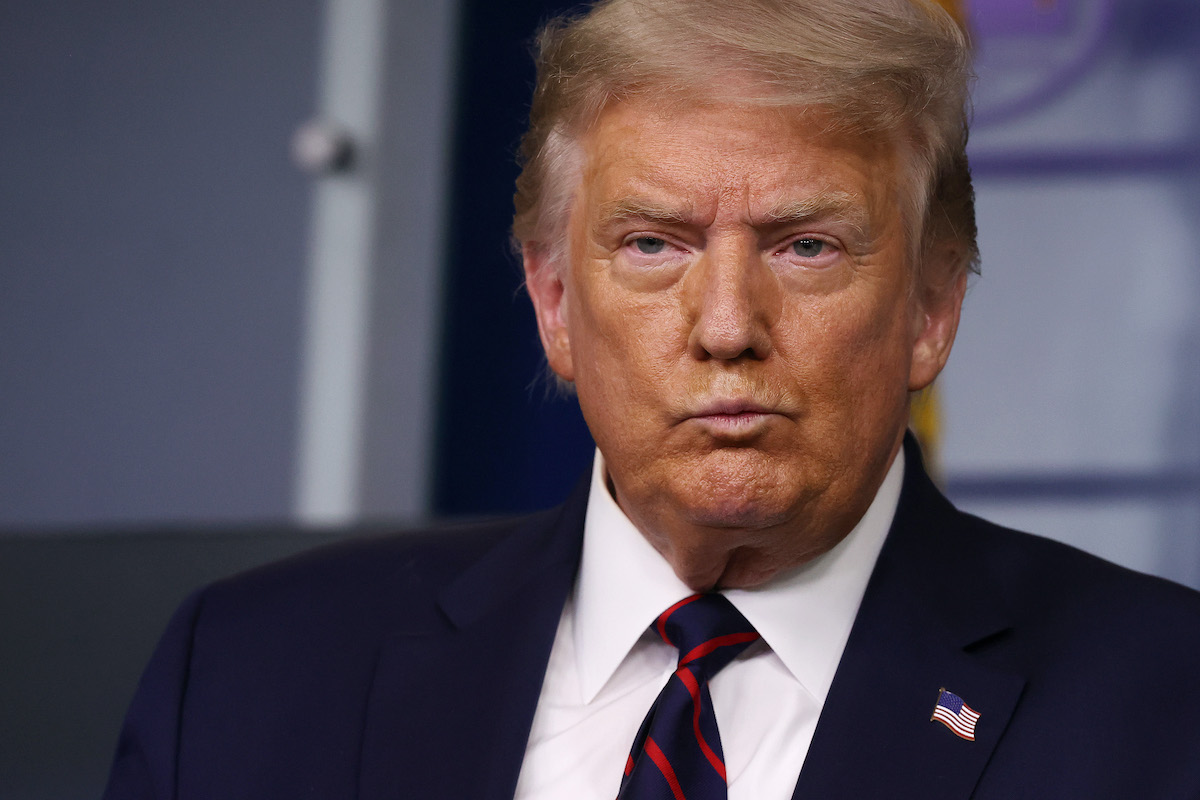 About six months later than would have been useful, Donald Trump finally admitted that COVID-19 isn’t just going to go away.

For months, he’s been claiming that one day, the coronavirus will just “disappear,” despite the contradictions of every public health expert we’ve heard from. When you’ve never been in charge of controlling a pandemic, I guess it might seem like things just eventually go back to normal on their own. But now Trump has been in a position to actively impede progress, which is why so many other countries are able to reopen schools and go to restaurants with friends and do all the other things we’d likely be doing right now too if we had anything resembling capable leadership on a federal level.

Six months in, we should still not be here. The crisis should not be going on this long.

Anyway, Donald Trump returned for his first coronavirus press conference in months on Tuesday. He abruptly stopped those daily briefings back in April, after he got dragged for suggesting bleach-injection could be a possible treatment for the virus.

Now he’s back and clearly something or someone got through to him because he’s finally doing the bare minimum and acknowledging the scope of the virus, telling reporters things “will probably get worse before they get better.”

He also encouraged mask-wearing, something he’s very slowly been coming around on. For months, he’s been vocally anti-mask, saying they were unsanitary and unstately. He mocked a reporter for being “politically correct” for not removing his mask during a press briefing. He retweeted a Fox News host who suggested Joe Biden looked weak or silly in a mask and another tweet suggesting masks are only for “Commies in blue states.”

At his press conference Tuesday, Trump said “we’re asking everybody that when you are not able to socially distance, wear a mask, get a mask. Whether you like the mask or not, they have an impact. They’ll have an effect. And we need everything we can get.”

On Twitter Monday, he also said masks show patriotism, declaring himself in his trademark self-applauding, superlative way to be the most patriotic person around.

We are United in our effort to defeat the Invisible China Virus, and many people say that it is Patriotic to wear a face mask when you can’t socially distance. There is nobody more Patriotic than me, your favorite President! pic.twitter.com/iQOd1whktN

All of that is … fine. It’s good, even. Better late than never, I guess, and if he wants to pretend he’s the Best Person for realizing more than half a year too late that this sh*t is serious and pat himself on the back for it, whatever.

That doesn’t mean everyone else has to pat his back as well, especially since he continues to call COVID-19 the “China virus,” which he did multiple times during Tuesday’s briefing, and not when he goes straight from making comments like these to attending fundraising events completely maskless, which he also did this week.

This video is from the Trump International Hotel in DC, where Trump attended a fundraiser Monday night. https://t.co/vYCPpTk5DT

Just because Trump is finally reading from a script and repeating the most basic advice offered by his medical experts—all while refusing to actually follow it himself or to give up the racist rhetoric—that doesn’t make him presidential or whatever other congratulatory descriptors we’re bound to see lobbed his way. Don’t fall for that.