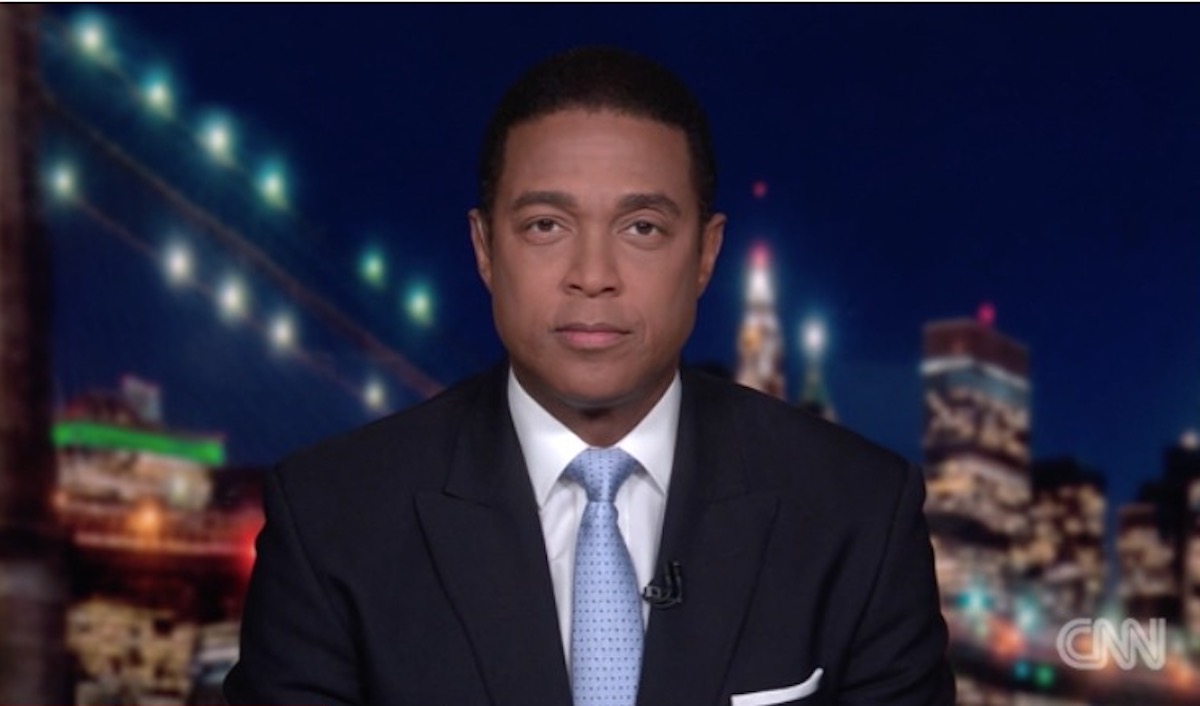 It’s no secret that Donald Trump is obsessed with former President Barack Obama. Since taking office, Trump has tweeted or retweeted about Obama more than 400 times. He’s constantly claiming the Obama administration left the country in terrible shape (“the cupboards were bare,” he loves to say), usually as an argument as to why he himself shouldn’t be held accountable for anything.

He’s still pushing the conspiracy theory that Obama (along with Hillary Clinton and other “deep state” figures) “illegally spied” on him and his campaign. He loves to say that his polls are better than Obama’s, the economy is better now than under Obama—everything, he says, is better now than it was under Obama. Everything negative about his presidency, he blames on Obama, and everything positive, he insists on comparing to Obama.

The man is obsessed, and on CNN Sunday night, Don Lemon apparently couldn’t hold back. He wants to know why Trump is so fixated.

“What is it about President Obama that really gets under your skin?” he asked calmly and dryly, though he does have some ideas. “Is it because he’s smarter than you? Better educated? Made it on his own—didn’t need Daddy’s help? Wife is more accomplished? Better looking? I don’t know, what is it? What is it about him? That he’s a Black man that’s accomplished, became president? That he punked you on the whole birth certificate thing? What is it about him? Just wondering.”

Lemon’s comments came after Trump, as part of his regular weekend tweetstorm, retweeted a conspiracy theory about Obama’s involvement in the “Russia hoax” and also attacked another former president, George W. Bush, for daring to promote unity, of all things.

In a video message released over the weekend, Bush talked about the “challenging and solemn time” we’re all living through right now. “We rise or fall together,” he says in the video. “In the final analysis, we are not partisan combatants. We are human beings, equally vulnerable and equally wonderful in the sight of God.”

Trump responded by quoting Fox News’ Pete Hegseth: “Oh bye [sic] the way, I appreciate the message from former President Bush, but where was he during Impeachment calling for putting partisanship aside,” Trump quoted, adding his own comment: “He was nowhere to be found in speaking up against the greatest Hoax in American history!”

As Lemon notes, “The president’s impeachment trial ended in his acquittal on February 5. The very next day, the first American died of the coronavirus. More than 67,000 Americans have died since then. How about thinking about them for a change instead of nursing your grudges? How about showing some compassion?”

But who has time for compassion when you’re busy ranting and posting truly bizarre stuff on the internet? Stuff like, for example:

….And then came a Plague, a great and powerful Plague, and the World was never to be the same again! But America rose from this death and destruction, always remembering its many lost souls, and the lost souls all over the World, and became greater than ever before!

Honestly, who can blame Don Lemon for not being able to hold it in any longer?