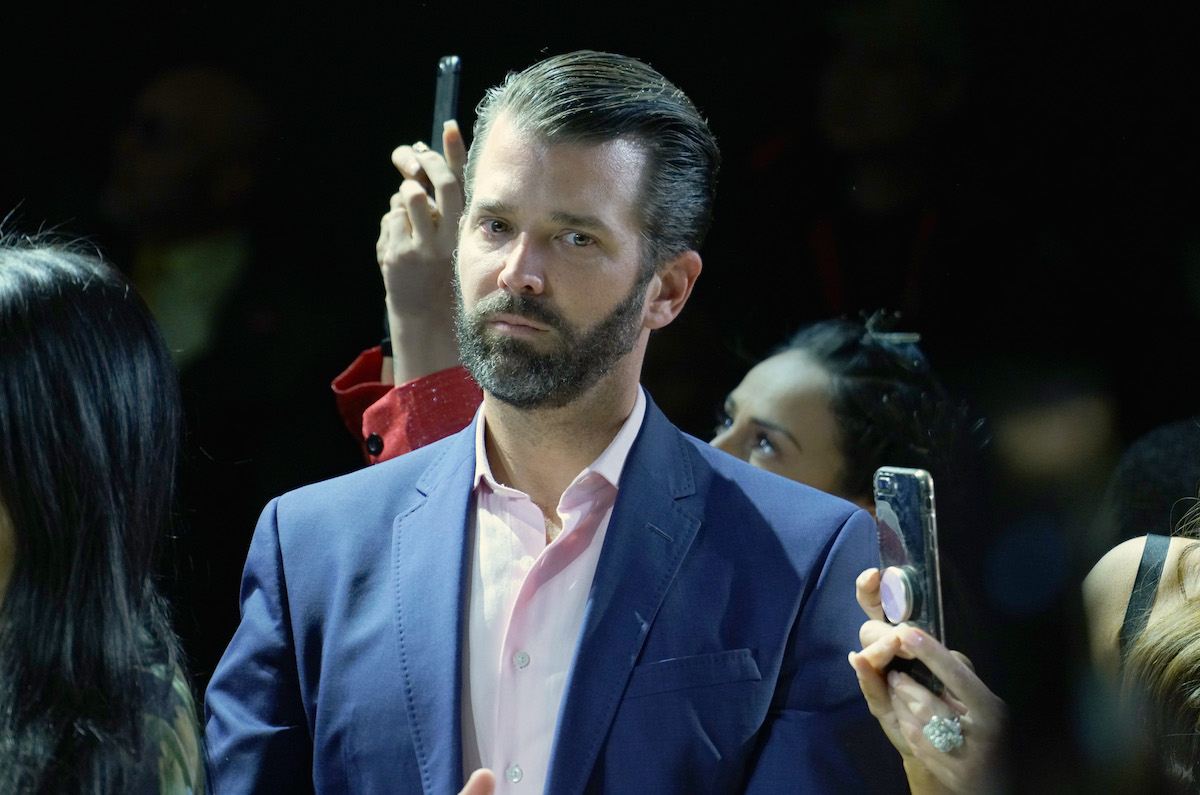 Donald Trump Jr. is once again complaining about his poor performance on social media, accusing platforms of “crushing [his] algorithms” and keeping his followers from seeing and interacting with his posts. Apparently, that’s the only possible explanation for the low engagement he’s seeing, not the fact that the self-proclaimed “General in the Meme Wars” is just really bad at social media.

On Twitter, where his account is nearly entirely dedicated to trying to get the proverbial Kiss From Daddy by attacking Democrats, the media, and anyone else who isn’t a 100% Trump toady, Jr. accused Twitter of “throttling [his] reach.”

“I’m getting 1/3 the amount of RTs I would normally get,” he wrote, adding, “Instagram is doing the same & worse for the last few days.”

Or maybe people just aren’t that into you.

Last week, Trump the Elder fell for a satirical post joking that a Twitter outage was deliberately staged to protect Joe Biden after the New York Post published a questionable story about his son Hunter. “Why is Twitter doing this,” Trump tweeted. “Bringing more attention to Sleepy Joe & Big T.”

Apparently, neither Trump realized that Twitter wasn’t actually doing this. “I guess they don’t want the truth about the Biden crime family out there and they will cover for them at all costs,” Don Jr. wrote in his shadow-banning tweet … on Twitter … for people to see.

Over on Instagram, which Jr. accused of being “worse” than Twitter, his content was also worse. So much worse. On that site, he posted this nearly unwatchable video, shot from what appears to be his bed with a blanket pulled up over his clothes, whining about algorithms.

“Hey guys hope you’re doing well. Just watching my algorithms get crushed,” he croaks in the video. “I guess I did something to piss off the Instagram gods. So hopefully you’re seeing this stuff anyway. We’ll do what we can. Talk to you soon.”

He can’t even be bothered to sit upright or find a decent camera angle but sure, let’s blame a liberal conspiracy for the low engagement here.

I can’t get past how terrible this video is. It’s one of the worst things I’ve ever seen. And Don Jr’s theory is it isn’t spreading around the internet like wildfire because of a conspiracy. I think there’s a more simple explanation! pic.twitter.com/UGBjEA1iOi

Don Jr. has been blaming algorithms for his poor social media performance for a long time. Last year, he claimed that his account wasn’t showing up in searches for his name on Instagram.

“I know you like to Shadow-Ban accounts like mine, but I work hard on my content and try to give my followers a view into my life and would love it if you didn’t make it hard for them to see my posts and for me to gain new followers,” he wrote.

What a fun little grift Don Jr. has come up with: Post uninspired, unengaging content online and then create a conspiracy theory to blame the libs for the totally predictable response of low engagement and stagnant follower count. How entirely on-brand.

(via , image: Manny Carabel/Getty Images)
Want more stories like this? Become a subscriber and support the site!