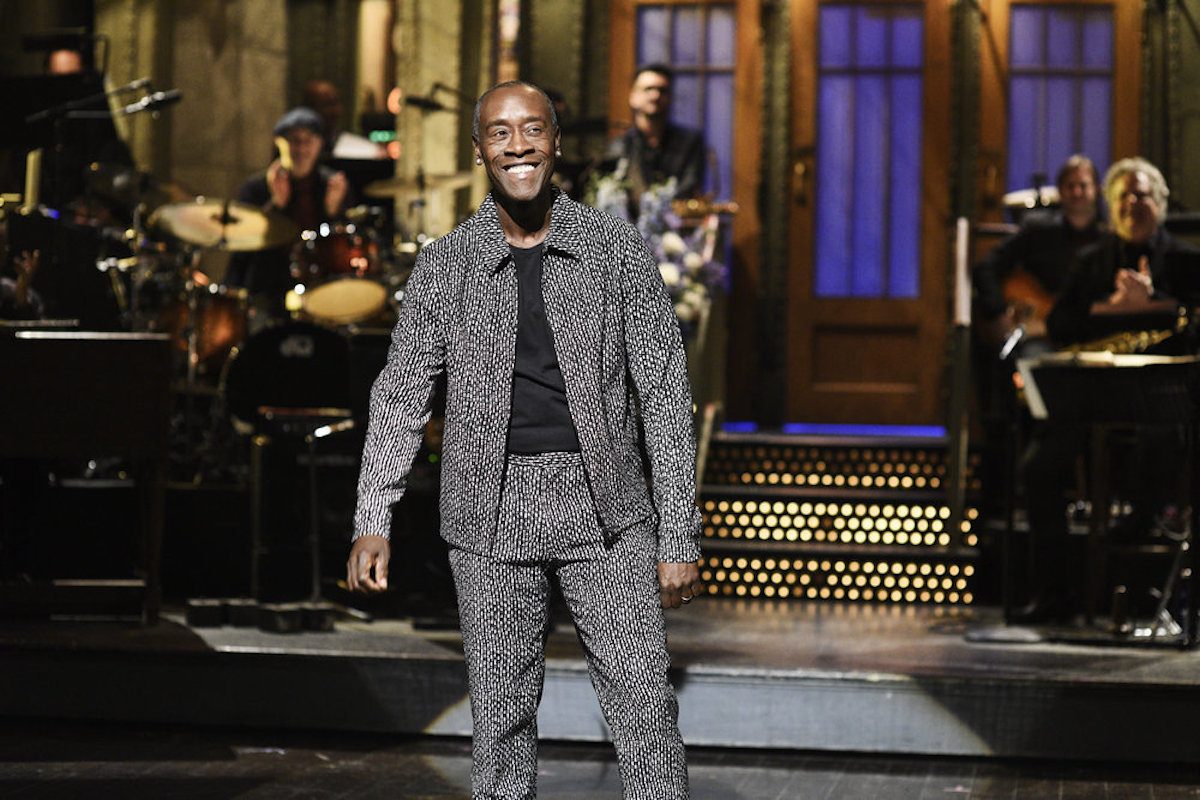 Saturday Night Live is no stranger to politics (to state the extremely obvious). This is a show that can have Donald Trump rage-tweeting within hours. But in this weekend’s episode hosted by Don Cheadle, the strongest political moments came outside of the sketches themselves, thanks to Cheadle’s own wardrobe choices.

Thank you Don Cheadle for using your platform to help save lives. 🏳️‍🌈❤️#ProtectTransKids #SNL pic.twitter.com/XOGsr44h6N

That message—of wanting to protect children—is one that that shouldn’t have to be seen as “political” but the reality is that trans children and organizations that offer them support are under attack and have been for far too long. Cheadle’s silent message of support was a powerful one.

The well-being of trans children depends on it. Thank you @DonCheadle for stepping up on last night’s @nbcsnl and showing the world what allyship looks like. pic.twitter.com/rFKjrxRIxg

PROTECT TRANS KIDS
When heroes like @DonCheadle use their platform to acknowledge the humanity of (and the unfair discrimination against) trans kids,
lives are saved
It’s that simple💛🌈 https://t.co/NZr703bnOe

shit like this is why he survived Infinity War pic.twitter.com/kvBDXQ6NXC

In addition to that incredible shirt, Cheadle was also wearing a hat with the logo of Sleeping Giants, an activist organization that fights to get advertisers to drop bigoted programs or entire outlets like Breitbart.

Okay, we tried all day to be cool about the legendary @DonCheadle wearing our cap last night on @nbcsnl, but yeah, fuck that. pic.twitter.com/b4s9gwEdph

Then during the show’s sign-off, Cheadle was wearing a Soviet hockey jersey. When he turned around, you could see it was emblazoned with Trump’s (or rather, TЯUMP’s) name and the number 45.

Don Cheadle wore a Soviet Union hockey jersey with “Trump” and “45” on the back at the end of SNL after hosting. Shade level: Masterful pic.twitter.com/hrDjPRulXy

♥️✌🏿✊🏿 to each and every one of you beautiful tweeps. i awoke to so much support and love!! thank you @nbcsnl for the opportunity to play and pay respect and throw shade in an historic space in an historic time. keep fighting, y’all. evil grows in the dark. 😘