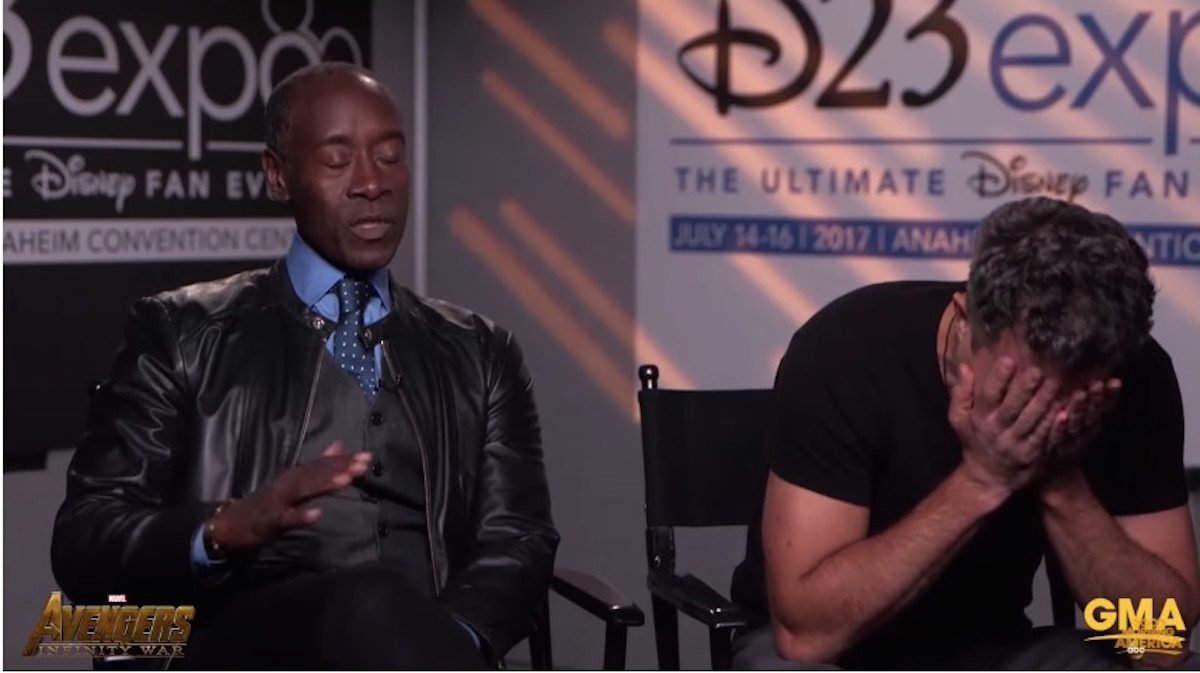 Last year, press outlets went wild when Mark Ruffalo apparently spoiled the ending of Avengers: Infinity War and Don Cheadle teased him for it during an appearance on Good Morning America.

Everyone thought Ruffalo saying “everyone dies” was a joke, but once the film actually came out, it clearly was not, especially because there’s video evidence of him saying “half of everyone” died before catching himself and turning it around into a joke.

Uh oh, @DonCheadle, is @MarkRuffalo going to get in trouble with @MarvelStudios now!? #InfinityWar #D23expo pic.twitter.com/WR5C1QCBTb

Don Cheadle himself revealed today that yes, that was a faux-pas on Ruffalo’s part. He went on to joke that while there was no fall-out with regards to Ruffalo, but that he was done with doing press for any movie because he might spoil the latest Marvel secret. We hope that’s a joke at least.

This isn’t the first time that Ruffalo’s come under some fire for spoiling a Marvel film. He accidentally livestreamed part of Thor: Ragnarok’s premiere last November, and Tom Holland seems to be taking a page out of his secret-keeping book with his ability to spoil everything in a single bound.

Given that Avengers 4 is likely to be even bigger than Infinity War—we’ve still got arcs to wrap up, Thanos to defeat, and a universe-ton of dusted heroes to bring back—they’re probably keeping everyone on serious spoiler lockdown, so maybe don’t expect to see Ruffalo as loose-lipped on the press tour. He’s like the Hulk after all; he’s always spoiler-y.