DOJ Will Not Defend Republican Rep. Mo Brooks in Jan 6 Lawsuit Because “Inciting a Violent Attack” Is Not Part of His Official Job Description 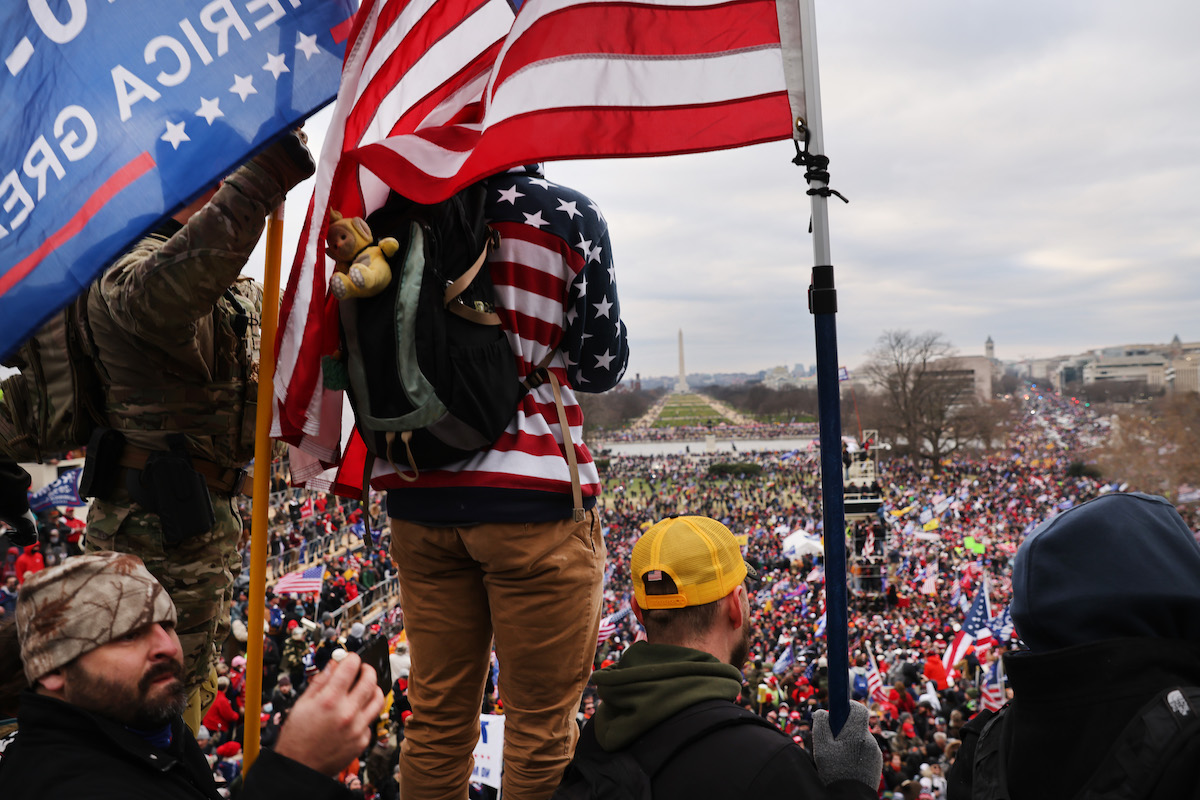 The Department of Justice has announced that it will not be defending Rep. Mo Brooks—the Trump-loving Alabama Republican who has been accused of helping incite the January 6 Capitol riot.

Brooks is one of several defendants in a suit filed by Democratic Rep. Eric Swalwell, along with Donald Trump, Don Jr., and Rudy Giuliani. Swalwell’s complaint alleges the men “broke Washington, DC, laws, including an anti-terrorism act, by inciting the riot, and that they aided and abetted violent rioters and inflicted emotional distress on the members of Congress.”

All of the defendants spoke at the rally that preceded the riot and all of them said things that could easily have been interpreted as encouraging violence. Brooks, for example, told the crowd to take a message back home and “along the way stop at the Capitol.” He also filed an objection to try to invalidate six of Joe Biden’s electoral votes.

“The Defendants, in short, convinced the mob that something was occurring that — if actually true — might indeed justify violence, and then sent that mob to the Capitol with violence-laced calls for immediate action,” reads Swalwell’s suit.

Brooks—who reportedly hid from Swalwell for months in order to avoid being served in the suit and then when he finally was served, retaliated by accidentally posting his email password online—had argued that the DOJ should defend him in the case since he was acting in his official capacity as a Congressman.

Under the Westfall Act, federal employees are protected from being sued over acts related to their jobs. In those cases, the individual is replaced by the federal government in the suit, making it all but impossible for a plaintiff to win their case.

But the DOJ says that Brooks was not acting in his official political capacity at the rally preceding the riot, since it was a campaign event. And even if Trump spent four years trampling it, there is supposed to be a clear line between an official’s political functions and campaign activities.

“The record indicates that Brooks’s appearance at the January 6 rally was campaign activity, and it is no part of the business of the United States to pick sides among candidates in federal elections,” reads a statement from the DOJ. “Members of Congress are subject to a host of restrictions that carefully distinguish between their official functions, on the one hand, and campaign functions, on the other.”

The statement goes on to say that the acts Brooks has been charged with (if true) do not fall under the scope of official duties.

“Inciting or conspiring to foment a violent attack on the United States Congress is not within the scope of employment of a Representative—or any federal employee— and thus is not the sort of conduct for which the United States is properly substituted as a defendant under the Westfall Act,” the DOJ states.

This certainly is a different stance than we saw from the previous DOJ, which argued that Donald Trump’s official presidential duties included slandering a woman accusing him of rape, insulting her appearance, and questioning her credibility.

To the chagrin of many, Biden’s DOJ under Merrick Garland chose to support its predecessor’s decision in that case and continue to represent Trump in the suit filed by writer E. Jean Carroll. This was pretty clearly about protecting the institution of the DOJ rather than actually agreeing with the decision, and it was infuriating to see.

But at least moving forward, it looks like the DOJ will not be committed to defending Trump lackeys who put their sycophancy over their colleagues’ safety (not to mention the wellbeing of the country as a whole and that whole oath they took to defend the Constitution and whatnot).

As an added bonus, this potentially sets a precedent for the DOJ to also decline to defend others in the case, including Donald Trump himself.

As for Brooks, he says he disagrees with the DOJ’s decision, insisting that he “was not advocating anyone do anything in any campaign.”

“If that is the standard, then everything that is done in Congress is campaigning because everything that is done in Congress affects campaigns,” Brooks said, per the Washington Post. So I guess Brooks and I agree on something: Too much of what politicians do is focused on campaigns and re-elections, instead of their actual jobs. He is correct on that front.