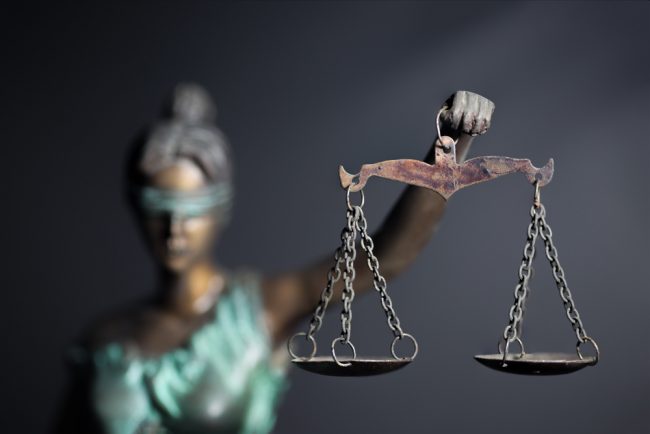 As part of Jeff Sessions’ oh-so-super-sincere dedication to free speech, the U.S. Department of Justice (DOJ) has filed a brief arguing that your employer should legally be able to fire you if you tell customers you’re gay. Yup, Sessions totally loves that First Amendment!

Specifically, the DOJ filed an amicus brief in the case of Zarda Vs. Altitude Express, which will be heard in the 2nd U.S. Circuit Court of Appeals. Back in 2010, skydiving instructor Donald Zarda sued his former employer, Altitude Express Inc., after the company reportedly fired him because he told a customer he was gay and she complained. Zarda’s attorneys will argue that Title VII of the Civil Rights Act of 1964, which explicitly protects against employment discrimination based on “[an] individual’s race, color, religion, sex, or national origin,” should also be interpreted as protecting against discrimination based on sexual orientation.

A three-judge panel on the 2nd Circuit initially dismissed the case, but after the 7th Circuit ruled this April in Hively v. Ivy Tech Community College that it was indeed illegal to fire someone for their sexual orientation, the 2nd Circuit agreed to hear Zarda’s case in a full 13-judge panel.

And here’s where it gets real weird.

Without requests for their input from either the judges involved or Altitude Express, the DOJ sent an amicus brief in July which argues, “Employers under Title VII are permitted to consider employees’ out-of-work sexual conduct. There is a common sense, intuitive difference between sex and sexual orientation.”

At the same time, in the same case, the U.S. Equal Employment Opportunity Commission (EEOC), which is the commission explicitly tasked with enforcing Title VII, will argue the opposite. For the past five years, they have been presenting the argument that Title VII protects queer workers from employment discrimination in federal court. So for Sessions’ DOJ to suddenly argue against them is to take, as Slate‘s Mark Joseph Stern described it, an “aggressively anti-gay stance.”

In addition, if it sounds strange to you that two branches of the federal government are arguing against each other in court, you’re not alone. Judge Rosemary Pooler, one of the judges on the 2nd Circuit’s panel, said as part of the initial arguments, “We love to hear from the federal government, but it’s a bit awkward to hear from them on both sides.”

In short, Sessions’ DOJ is going strangely and noticeably out of its way to argue against the basic rights of LGBTQIA Americans. It’s one thing for them to show an indifference to protecting queer rights, which we’ve always expected, but it’s an extra level of disturbing that they’ll push so hard against them.

(Via Bustle, Vice, and NBC News; image via Shutterstock)