How the Heck Do You Pronounce “Doge,” Anyway? 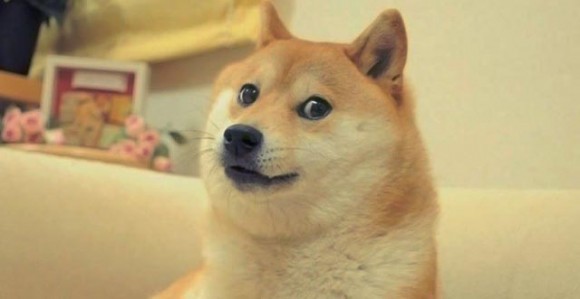 We’ve been having this discussion in the office for a while now, and since this beloved meme is getting more and more press coverage with the creation and subsequent hacking of the dogecoin, it’s only becoming more and more of an issue. How exactly do you say “doge?”

From what we can tell, there are five major variants that have been floating around our collective meatspaces. First there’s “Doh-j” with a long O, a soft G and a silent E. This pronunciation is widely believed to have originated with a Tumblr user who submitted a computer-read audio file of a “chose your own adventure” to a site called “Your Daily Doge,” though it’s also been attributed to a 2005 puppet episode of Homestar Runner, in which Homestar misspells “dog” as D-O-G-E and Strongbad corrects him.

However, it’s also the same way that one pronounces the name of the chief magistrate of Venice, so it’s entirely possible that this pronunciation just feels older and more secure to the people who use it. In the interest of full disclosure, this is my preferred pronunciation, probably because I’m also the type of person who uses a soft G in GIF. So take from that what you will.

If you’re a hard-G GIF pronouncer, there’s also the alternate form of the same basic structure…Read more over at Geekosystem.