Correction: Doctors Do Not Have to Write “Please” to Get Crucial Bloodwork Done at Hospital 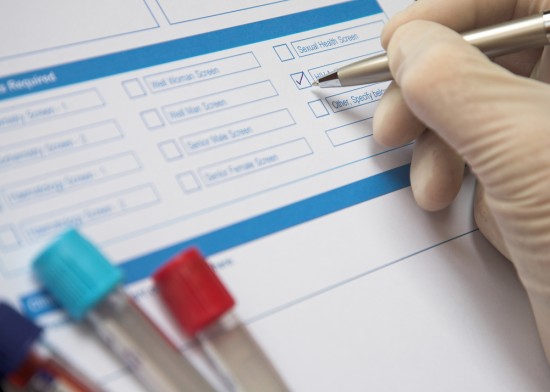 This morning, we read a jaw-dropping story on Slashdot about a hospital in the UK at which doctors supposedly had to write the word ‘please’ on weekend orders for blood tests. If they didn’t abide by this covert cost-cutting measure, the claim went, the tests simply wouldn’t be done, even at the risk of patients’ health.

A doctor at the hospital said on condition of anonymity that he sees the policy as a money-saving measure that could prove dangerous for patients. ‘I was shocked to come in on Sunday and find none of my bloods had been done from the night before because I’d not written “please,”‘ the doctor said. ‘I had no results to guide treatment of patients. Myself and a senior nurse had to take the bloods ourselves, which added hours to our 12-hour shifts. This system puts patients’ lives at risk. Doctors are wasting time doing the job of the technicians.’

According to the Sun article from which the story originated (that, right there, is a warning sign), the pernicious ‘please’ requirement was a means of easing pressure on phlebotomists, those prissy technicians whose job it is to draw blood.

We got in touch with the hospital in question, Worthing Hospital, and asked them about the Sun story. In the original story, an unnamed hospital spokeswoman offered the rather weak denial, “We asked doctors to say ‘please’ on forms so those tests get priority. Patients are not at risk,” which still seemed to implicitly acknowledge that the ‘please’ requirement existed. The Worthing rep we swapped emails with, however, flatly denied the story, saying that it came from a misinterpretation of a 15-year-old guideline at the hospital and that a doctor has never had a blood test rejected because he or she failed to write ‘please.’

“Western Sussex Hospitals NHS Trust has asked for blood test request forms to be identified with these words for around 15 years. The advice was issued to remind staff of the need to distinguish between those tests that require processing on a Saturday, versus those that can wait until Monday. It is not a new requirement, and distinguishing the urgency of a test on blood forms is common practice in most hospitals, either in written form or via a ‘sticker’.”

He added that the inclusion of the word ‘please’ was not an essential requirement.

All of this sounds like pretty standard fare for a large hospital, similar to the use of the word ‘stat’ to distinguish between immediate and less immediate priorities. But then, “Hospital Asks Doctors to Write ‘Saturday’ on Blood Tests they Want Done on Saturday” isn’t quite as sensational a headline, is it?