We’re All Yelling About the Thirteenth Doctor in a Suit and Bowtie! 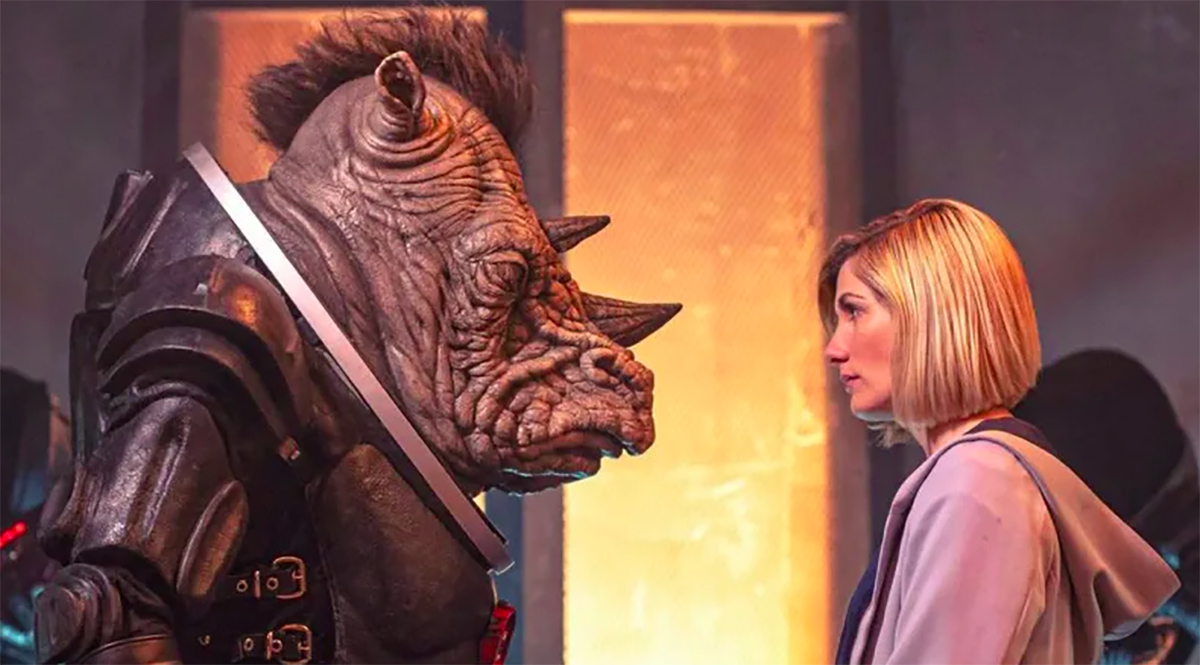 It’s been quite a while since we’ve had a new episode of Doctor Who. The show, which now features Jodie Whittaker as the Doctor, was last seen on New Year’s Day and hasn’t had a new season this year, much to my dismay. But maybe that was a power move, because now, with a new trailer for the 12th series, it seems as if our joy and excitement for Doctor Who is bigger than it has ever been before.

Released on the show’s 56th birthday, the new trailer shows the Doctor dealing with old foes, making new friends, and wearing a fun new outfit that has maybe broken us all.

While the trailer is fun and exciting, the official Doctor Who account also shared a … special look of Thirteen, Yas, Graham, and Ryan.

For me, she looks very much like Eleven (my favorite Doctor), and watching her take on a bowtie is so much cooler than I could have possibly hoped. Honestly, that ear cuff is also a pretty cool look because it makes the Doctor embrace her history, her own vibes, and shows that even though the Doctor is now a woman, it doesn’t necessarily mean that she’s running around in a dress and heels. She’s taking on the patriarchal view of women in her own way, and I absolutely love the show’s take on Thirteen.

It’s nice to know that I’m not alone. Many fans took to their Twitter accounts to share their excitement of Thirteen’s new look.

Can’t wait to see Jodie with a bowtie and Jodie in her tux on screen 👀♥️ #doctorwho #13thdoctor pic.twitter.com/WxVuiT3mJA

Whether she’s dressed like Ten or Eleven or just herself, Thirteen is taking an even bigger stand in her role as the Doctor and for me, that’s something so beautiful. I always thought that the Doctor would forever remain a man, so to see Thirteen take her stride again? It’s beautiful and I can’t wait for series 12.

The show is set to return in early in 2020. To be quite honest, it’s about time. This is the kind of show that brings a light to the darkness of the world and not having it throughout 2019 has been a lot harder than I’d like to admit, but this trailer is promising, and to be fair, Thirteen in any kind of suit would have had us yelling, so bring on series 12 of Doctor Who!