You've got an awful lot of searching to do. 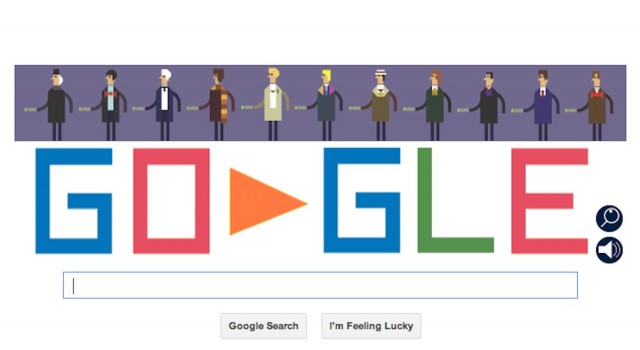 The Daleks have stolen Google’s logo! Just in time for the show’s 50th anniversary this saturday, Google New Zealand put up a commemorative Google Doodle for Doctor Who. Of course, because it’s Google, the greatness doesn’t stop there. You can choose from any of the 11 incarnations of the Doctor and quest to save us all from a Google-less universe.

What are you waiting for? Head over to google.co.nz to save us from losing Google to the Daleks forever. You guide the doctor around picking up the pieces of the stolen logo, but be careful; you’ll have to avoid extermination.

Hopefully, this Doodle will come to the United States soon and endlessly confuse non-geeks.

(via GeekSugar, images via google.co.nz)