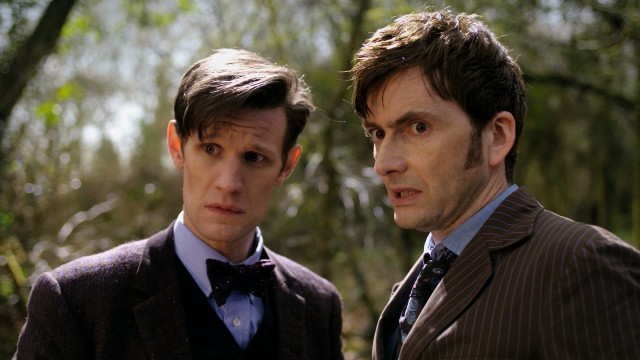 We’re going to count this one as a spoiler, because not only is there no confirmation from a verified source at the BBC yet, but when we heard it, we were kinda bummed that we weren’t going to get to be surprised by it during the episode itself. So yeah, click at your own risk, even though you can probably guess where we’re going by pointing out Moffat’s lies.

No, seriously, this is a HUGE one, though. We’ve all had our differences about spoilers in the past, we know, but this is different.

According to the Huffington Post, we’re getting Tom Baker. 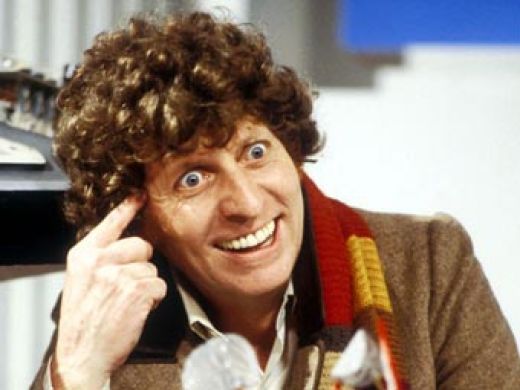 Our reaction to this news.

Baker let the news slip in a recent interview with Huffpo, even though he apparently wasn’t supposed to:

“I am in the special,” said Baker. “I’m not supposed to tell you that, but I tell you that very willingly and specifically; the BBC told me not to tell anybody but I’m telling you straightaway.”

When asked to confirm, a representative from the BBC stated had this to say: “As with William Hartnell’s recent appearance in the last season finale, anything is possible in Doctor Who. But nothing is certain.”

And honestly, we’re less annoyed about getting spoiled for this () than we are that Moffat and the rest of the team behind Doctor Who totally lied to us again. You know, there’s a better way to withhold information than just outright denying it. That’s why the phrase “no comment” was invented. You don’t have to say stuff like, “I didn’t want this to be a celebration of the past,” in Telegraph interviews. You can just say “watch the episode to find out!” and leave it at that.

Anyway, we don’t know what to think anymore. We all just have to survive until Saturday, okay, guys? We can do this. Deep breaths.

[UPDATE — 9:51pm] A source from Huffington Post contacted us after this article went live to confirm that Baker said he’d be in the special, so they probably aren’t pulling our leg as we feared. Which is good news, because we sure are tired of all the rumors, man.  Yay Tom Baker!