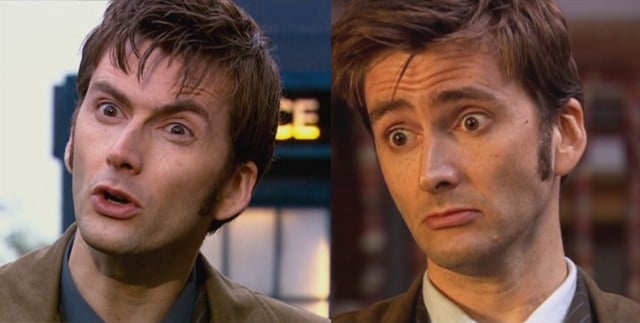 Disney may not be able to take over Doctor Who entirely as they like to do with everything else—which I’ve been pretty on board with results-wise, honestly—but they’ve managed to at least grab part of it. The seasons with David Tennant’s Tenth Doctor (new Who seasons 2-4) will air on Disney XD starting at 9PM after the channel’s Fantastic Four premiere on May 9.

Sadly, Disney XD’s target audience of 6-11 year olds (“hyper-targeting boys” specifically, because girls don’t like “worlds full of humor, unexpected fun and inspiring action-filled adventures,” I guess. Sigh) will be missing a bit of the story, as the series will start with the season 2 episode “New Earth” and skip right past Christopher Eccleston, David Tennant’s first appearance as the doctor, and you know, the initial introduction of “New Earth”‘s villain, Cassandra.

But who cares!? A young generation will be treated to the best three seasons of Doctor Who (fight me) in a place they’re much more likely to watch it than its traditional home of BBC America. It’s a wonderful day for nerds!