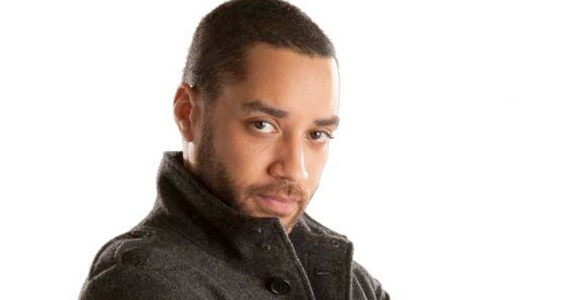 All the way back in December, before we said goodbye to Matt Smith in the Christmas special, we reported the rumor that Peter Capaldi‘s Doctor might be getting a secondary companion in the form of Tom, a Coal Hill School coworker of Clara’s who showed up in the anniversary episode.

Turns out the rumor was kind of true. Ladies and gents, here’s Danny Pink: Coal Hill School teacher and new Doctor Who companion.

Pink is being played by Samuel Anderson, who was the calm ‘n’ steady Crowther in The History Boys and has done a bunch of British TV since then. “I was so excited to join Doctor Who I wanted to jump and click my heels, but I was scared I might not come down before filming started!,” he said in a statement. “It’s a quintessential part of British culture and I can’t believe I’m part of it. It’s an honour to be able to work alongside Peter Capaldi and Jenna Coleman and I can’t wait to show people how my character becomes involved with such a fantastic duo!’

Coal Hill School, for those not in the know, is one of the settings of the premiere episode of Doctor Who, “An Unearthly Child.” Susan—the Doctor’s granddaughter, and his first companion in the show–went to school there. “For the fourth time in Doctor Who history,” explained Steven Moffat, “Coal Hill School is coming to the aid of the TARDIS. In 1963 teachers Ian Chesterton and Barbara Wright accompanied the First Doctor. These days it’s the turn of Jenna Coleman as Clara Oswald. And very soon now, Sam Anderson as Danny Pink will be entering the world of the Doctor. But how and why? Answers are coming later this year in Peter Capaldi’s first series of Doctor Who!”

So, let me get this straight. Season (ugh, fine, series) eight will star Peter Capaldi. And now it’s added an actor from the wonderful The History Boys, and that actor is someone who gives the show some much-needed diversity, besides. I’m trying really hard not to get my expectations up. Because it’s still Moffat, after all.

Here’s the official photo of Samuel-Anderson-as-Danny-Pink in all his uncropped glory. No red lining on the coat? Ah well, probably best to keep that to one character. 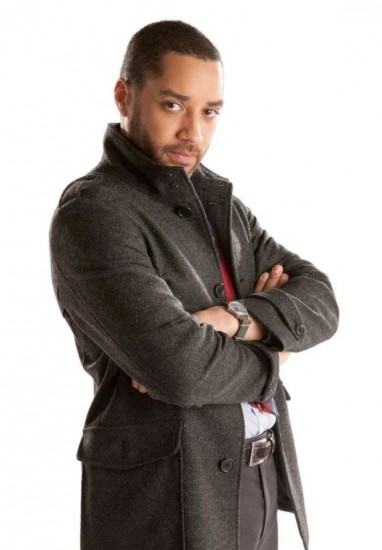 (via: Doctor Who TV)