FTC Wants “Do Not Call” List Equivalent for Internet Tracking 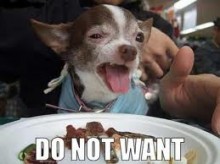 Telemarketers may be annoying, but they’ve gotten a lot less so since the National Do Not Call Registry went into effect in 2004, allowing phone owners to automatically screen out most unwanted calls by opting into the list. Now, as Internet tracking gets deeper and more pervasive, the FTC wants a “Do Not Call” equivalent for the Internet: A so-called “Do Not Track” list.

Proposals are still floating around as to what form this would take; however, one of the simplest on the table is that it would exist as a browser setting. The FTC says that Google, Apple, and Microsoft [makers of Chrome, Safari, and IE, respectively] have already experimented with this.

“Companies are using [private] information in innovative ways to provide consumers with new and better products and services. Although many of these companies manage consumer information responsibly, some appear to treat it in an irresponsible or even reckless manner. And while recent announcements of privacy innovations by a range of companies are encouraging, many companies – both online and offline – do not adequately address consumer privacy interests,” the FTC stated.

Another recommendation is that companies should adopt a “privacy by design” approach by building privacy protections into their everyday business practices. Such protections include reasonable security for consumer data, limited collection and retention of such data, and reasonable procedures to promote data accuracy. Companies also should implement and enforce procedurally sound privacy practices throughout their organizations, including assigning personnel to oversee privacy issues, training employees, and conducting privacy reviews for new products and services, the FTC stated.

Such a scheme could potentially be very bad news for the likes of Google and Facebook, which make money by scooping up lots of data, slicing and dicing it, and serving tailored ads based on that information; CNNMoney thinks that this “is not the privacy policy plan that’s likely to pass,” though a move towards total industry self-regulation seems likely to be hobbled and ineffective if the past is any guide.

Do Not CallDo Not TrackFTCinternet