The Pittsburgh in me JUMPED out when the Trump campaign thought comparing Biden to Mr. Rogers was an INSULT. 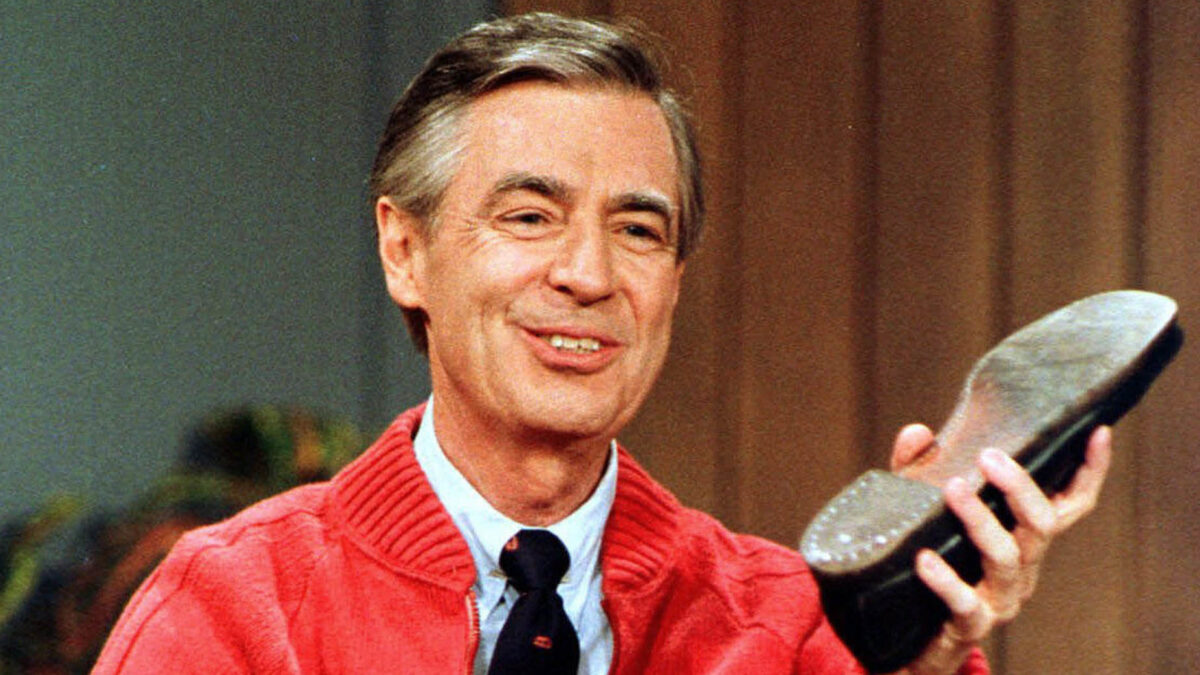 Imagine a presidency that felt like an episode of Mister Rogers’ Neighborhood. It’d be soothing, right? Well, the Trump campaign seems to think that having the ability to soothe and inspire people like Mr. Fred Rogers is a bad thing. Mercedes Schlapp, a senior advisor for the Trump and Pence campaign, took to Twitter to share her thoughts on Joe Biden’s town hall last night. Somehow, comparing it to an episode of Mister Rogers’ Neighborhood was … an insult? Or was she complimenting Biden and we just didn’t know it?

Well @JoeBiden @ABCPolitics townhall feels like I am watching an episode of Mister Rodgers Neighborhood. https://t.co/bC8fIZPxHR

(Do not even get me started on the misspelling of Fred Rogers’ name. As a Pittsburgh kid, I’m ready to fight for the honor of Fred Rogers.)

So … it’s very telling that those involved with the Trump campaign seem to think being compared to someone like Fred Rogers is a bad thing. Rogers is considered to be almost saint-like by those who grew up watching him (i.e. me) because he was truly one of the nicest people on this planet. He wanted everyone to find that happiness within themselves and learn how to be better person for those around us, as well as for our own wellbeing.

Mr. Rogers taught us all that kindness is one of the most important things a human being can possess. So … not surprising that the Trump campaign thinks comparing someone to Fred Rogers is an insult. Before we get into why Fred Rogers was one of the best among us, let’s take a trip into the neighborhood.

To me, there is nothing more soothing than Fred Rogers. I watched both the documentary Won’t You Be My Neighbor? and Tom Hanks drama A Beautiful Day in the Neighborhood and just sobbed because Rogers truly was someone who wanted us all to be the best neighbors we could be. I often think about how Fred Rogers would react to the hatred being spread throughout this country by the Trump administration.

But, like myself, many on Twitter grew up learning of compassion and empathy from Mr. Rogers and took to Twitter to call out the absolutely absurd “insult” from Mercedes Schlapp.

She says watching @JoeBiden feels like she’s watching Mr. Rogers* as if being intelligent, thoughtful, decent & inclusive is a BAD thing. I like presidents who aren’t unhinged, conspiracy-minded, white-nationalist fans.

*misspells his name, of course https://t.co/hQxvom6KYM

On top of everything else, how the fuck could you misspell “Rogers”? https://t.co/HxSUylS1c6

Imagine coming from such a toxic worldview that you think “being like Mr. Rogers” a partisan issue. Imagine you are a senior GOP advisor, & yet you know your party is so corrupt & so hateful at its core that being anti-Mr. Rogers is winning idea. I just can’t get over this. #Vote https://t.co/ujf5xhUTfU

What a generous and insightful endorsement of Joe Biden from a Trump advisor. https://t.co/4JBOoPYzYI

This may be the worst self-own I’ve seen this political season, especially since the universally beloved Mr. Rogers was from Pennsylvania, where Biden was tonight. #BidenTownHall https://t.co/dHpCA5S1nA

You’ve made it abundantly clear you have no idea who Fred Rogers was! https://t.co/NcMC5rsu0G

They think Mr. Rogers is the bad guy. Perfectly sums up an administration that cares more about hurting people they dislike than helping people. https://t.co/io8vwaNwrw

Oh no! A nice old man who cares about people! https://t.co/FeyyeNgIkW

Imagine positioning yourself against – of all people – Mr. Rogers. https://t.co/LoK64rTwl0

My love for Mr. Rogers never wavers, and if we could have a presidency that is anywhere as calming as an episode of Mister Rogers’ Neighborhood then I’d take it in a heartbeat.

Schlapp attempted some damage control after the fact:

Trump campaign senior adviser @mercedesschlapp doubles down on her comparison of @JoeBiden‘s @ABC town hall to Mister Rogers’ Neighborhood: “We love Mr. Rogers. But I got to tell you, those puppets were always a little freaky when I was growing up.” pic.twitter.com/flq3CPeghX

But there’s really just no way to believably take it back without also abandoning the toxic, kindness-averse worldview that led to the comment in the first place, which is clearly not something supporters of Donald Trump are going to do any time soon.