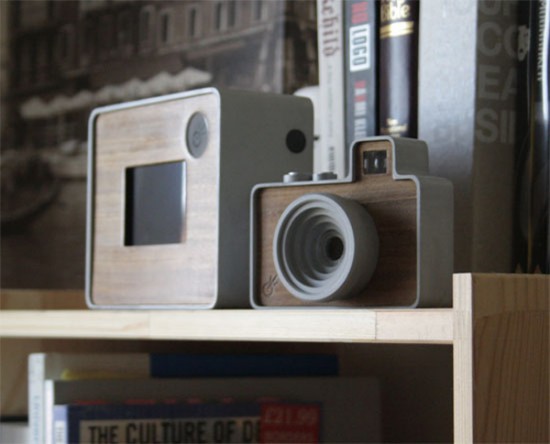 Back in the day, there used to be some guesswork in photography. Those of you old enough to remember film will also remember the anticipation of waiting for your photos to be developed and the crushing disppointment of finding out they somehow all managed to be horrendously out of focus. Brian Matanda is trying to bring some of that excitement and uncertainty to digital photography with an interesting analog-inspired digital design called the Timeless Capture camera. Picture takin’ used to be different, kids.

There are two things about the Timeless Capture camera that make it feel analog even though it’s digital. First, it has no LCD screen, which means that you’re going to have to take your pictures using the analog viewfinder and you aren’t going to be able to see what they look like right after. Second, it has a remarkably small storage capacity, meaning that you’re going to have to go “get your film developed” fairly frequently. It’s at that step that we venture back into the digital. The Timeless Capture camera has a dedicated digital frame you can use to view the pictures you just took, effectively making the process a little bit analog and a little bit digital.

On top of that gimmick, the Timeless Capture is a snazzy little prototype, built stylishly out of wood and aluminum. Matanda is a design student in Scotland, and has given a lot of thought to the analog-digital divide. You can read about how he came to build this little guy at his blog. So the next time you take a picture with your phone, stop and think about how different it is now, and how nice it is not having to wait more than a second or two to come face-to-face with the fact that you are an awful photographer.