I hope they never get the rights to Titanic. 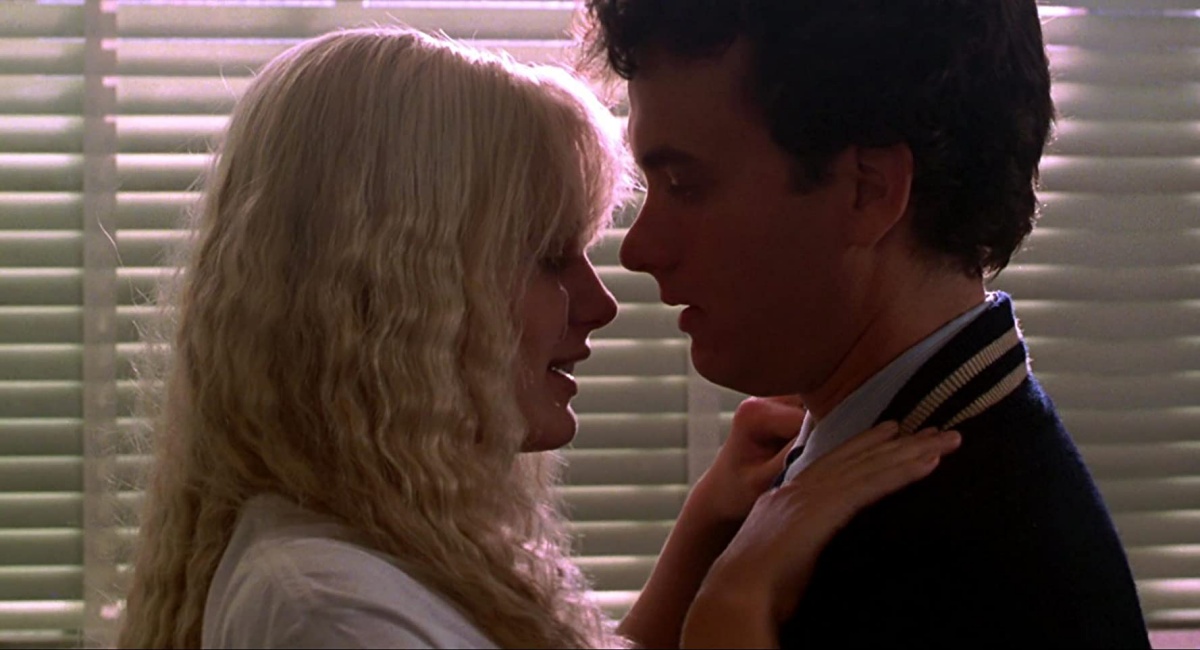 Daryl Hannah has too much skin showing in Splash for Disney+ to allow on its platform, apparently, so they have come up with … interesting ways to keep the youths of today from seeing her butt.

For those born after 1984 and not caught up on their Tom Hanks/Daryl Hannah filmography, the Ron Howard-directed film is about a young man named Allen Bauer (Hanks), who falls in love with a mermaid named Madison (Hannah). In the film, Madison has the ability to change into a human, and when she gets wet, she starts to transform (Ariel wishes she had it that easy)—which means that there are a few nude shots in the film, mostly of Madison’s butt.

Now, because this was the ’80s and the film’s nudity was non-sexual, the butts only made the film a PG. This was movie was, in fact, notably the first release from the Touchstone film label that Disney created. Touchstone was an effort to release films targeted at adult audiences, hence the casting—and butts.

Unfortunately, now they are in a situation where these films are just a little too spicy for the Disney+ agenda, which seems painfully dull considering that it’s just butt. They seemed to feel this weird extended hair, Cats-like CGI was the best call.

Disney+ didn’t want butts on their platform so they edited Splash with digital fur technology pic.twitter.com/df8XE0G9om

They certainly took “This film has been modified from its original version. It has been edited for content” to its ultimate conclusion. It’s an especially odd decision in this scene, considering the original didn’t even look much different and also made an obvious attempt to censor things:

They also edited the Statue of Liberty scene from a clear, rear view shot of Madison’s butt to a blur, which … fine, but again, considering the intense violence and other things in other offerings on Disney’s streaming service, this seems a little bit like a boring choice.

As someone who has only seen Splash once, I can say that this does make me curious about what will be changing when other things get brought into the Disney fold. While there’s a practical need and even an educational one when addressing racism, sexism, homophobia, etc., censoring nudity, especially non-sexual nudity, just seems very juvenile. It will not scar anyone to see a non-sexualized butt. Teenagers genuinely see worse on Instagram. I’ve seen worse on Instagram.

Plus, considering the sex jokes, rape jokes, and other issues that have been in present in some of these stories, I honestly hope that they don’t George Lucas their projects to the point where we really need to go back to the VHS to see the “original cut.”

What do you think? Have you ever been traumatized by a movie butt?