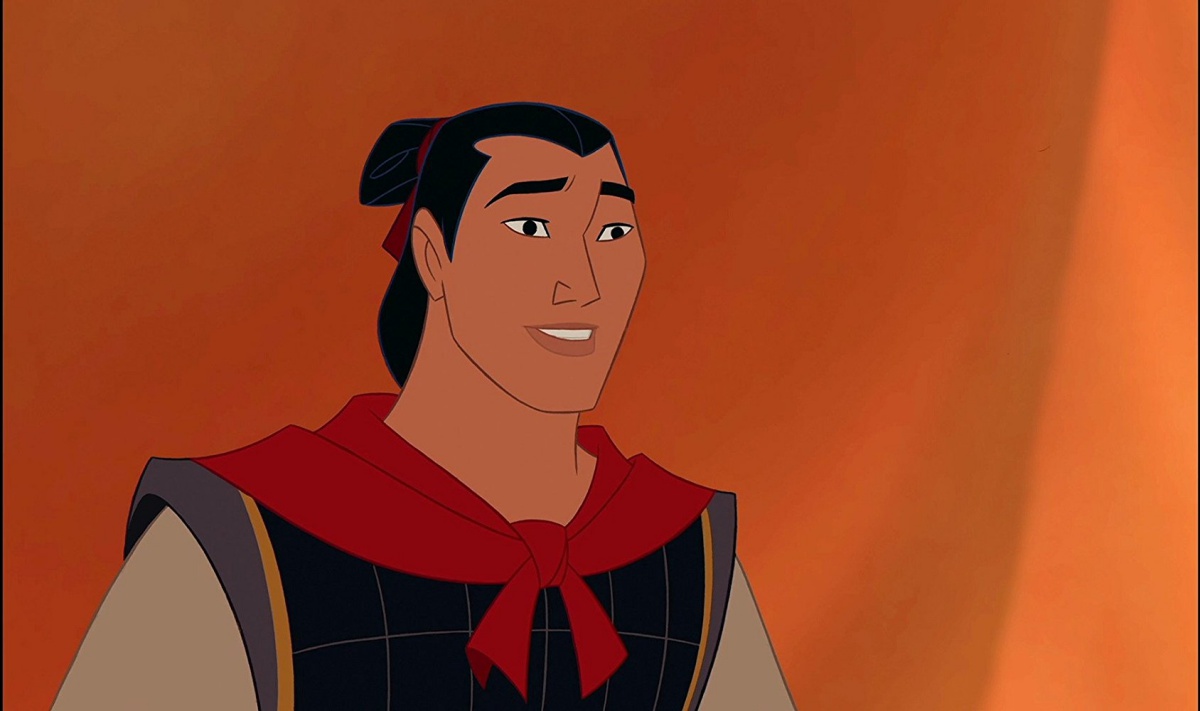 The Twitter account nerdyasians exposed a great injustice that has befallen us all today. Li Shang, the gorgeous bisexual icon of the Mulan animated film will be cut from the Live-Action movie that will be released….eventually.

In the tweet, there are documents attached that show the role of Shang as a love interest to Mulan has been removed and a new character will be taking his place, in the form of Chen Honghui.

Unlike the original, where Shang comes to respect and care for Mulan when she is Ping and that affection leads to their implied romance in the end when Mulan has been revealed to be a woman, Chen Honghui is gonna be a salty hater rival of Mulan who only ends up developing feelings for Mulan after he discovers she is a woman.

saddened to report it’s basically been confirmed that li shang will not be in the live-action mulan.

the mulan casting call has been confirmed to be accurate. donnie yen was cast as “commander tung,” who is in the description for “chen honghui.”

disney when they realized they accidentally made li shang bisexual by having him fall in love with mulan while he thought she was a boy and that there’s nothing they can say now to deny it or change that fact pic.twitter.com/FZWIYqDY8v

So not only will this movie have no music, it will also not have Shang and his subtextual queerness? #KeepIt.

The problem with these Disney Live-Action films, on the whole, is that as much as they want to “update” things, they still massively fear doing anything interesting or unique in these films besides bravely putting more minorities in them. For all the talk the Beauty & The Beast live-action film had about wanting to be a more feminist and empowering adaptation, it still managed to create, as Lindsey Ellis put it, a Beast who negs because Belle likes Romeo and Juliet.

They also paid so much lip-service to LeFou having a “queer moment” which was a blink and you miss it same-sex dance scene. Also, no one was asking for LeFou to be gay when people have been shipping Lumiere and Cogsworth for ages.

I’m not opposed to these movies inherently, but at the same time, this cashing in on our nostalgia with very little artistic joy had led to some really bland films doing really well financially.

Maleficent was great, and we should have stanned harder. Maybe then we’d get more Disney remakes that are actually thoughtful, innovative, and exciting. Hi, haters. pic.twitter.com/uWLWFu7qPP