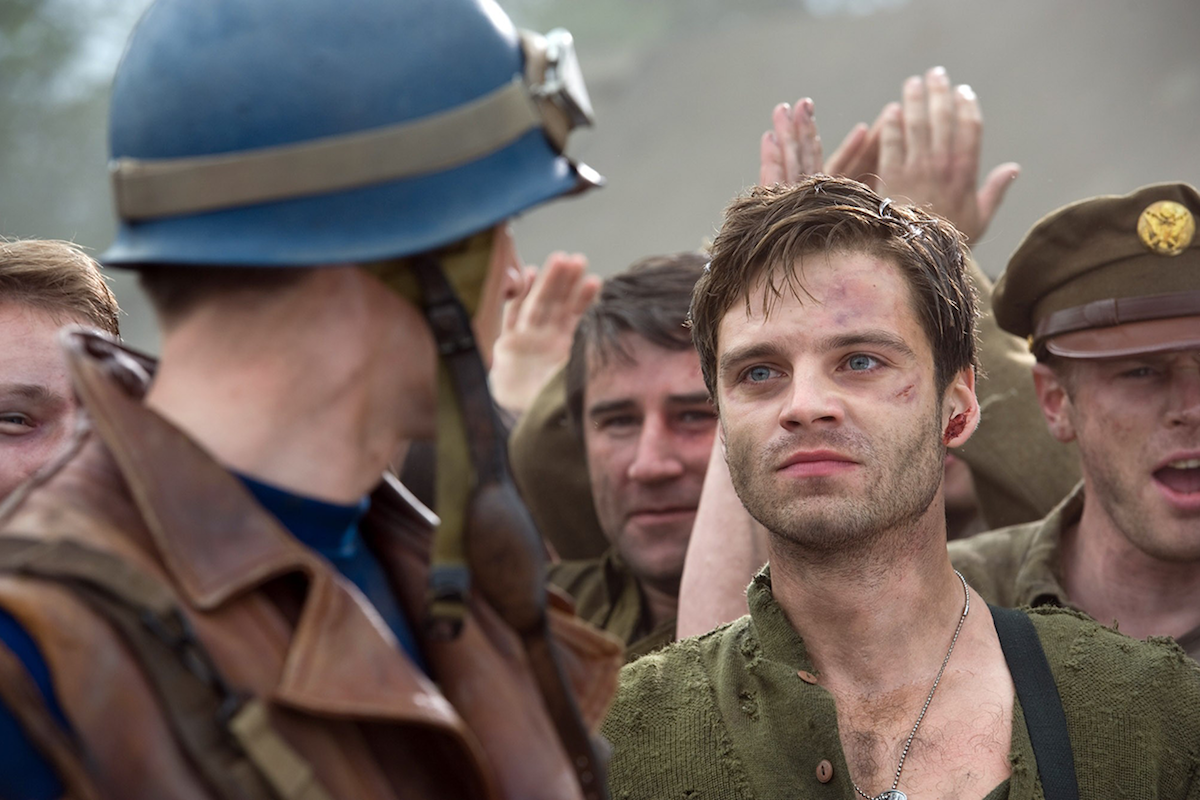 Isn’t it enough that Bucky Barnes played second fiddle to Steve Rogers, was brainwashed for years, and murdered hundreds of people without being in charge of his own body, and then had to say goodbye to his best friend after being vanished by Thanos for five years? Apparently not, because now, in Marvel’s What If…? Bucky has to fight a zombie Steve. Truly rude.

Part of Marvel’s Expanding the Universe documentary on Disney+, the clip of the undead Captain America comes as a way of showing what we’re getting out of What If…? when it arrives in 2021. The documentary, which focuses on the foundation of the Marvel Cinematic Universe and its growth through its coming Disney+ era, drops information on The Falcon and the Winter Soldier, WandaVision, Loki, and of course, What If…?

The most interesting part, however, is the look at What If…?, because it’s the first glimpse we’ve really gotten into the series. Take a look at the brief snippet of footage from the upcoming series below:

The animation is truly beautiful and explores aspects of the Marvel Cinematic Universe that we would never get to see otherwise, but that doesn’t mean that we want to see Bucky struggle within his own mind even more!

As you can see, Bucky is clearly post-Winter Soldier in his clip, turning to see a walking dead Steve Rogers and, to be fair, if he is still under Hydra’s control, then I’m almost okay with this. Bucky, at that point, had no idea who Steve Rogers really was and would just be operating under what Hyrda told him to do.

However, I know Marvel, and I know that that is most definitely not the case. Bucky Barnes, who still, in the grand scheme of the MCU, has only had an hour onscreen, is basically their pawn for suffering. Whenever there is a moment that they can torture a character, it goes to either him or Peter Parker, and I’d personally like it if they stopped hurting my boys. That being said, this series is beautiful to look at from the gifs they have released and will be interesting to see what the world of Marvel’s What If…? will bring to us.

But Bucky fighting his best friend wasn’t the only brief look we got. While we got some glimpses at the animation involved with the show, more importantly, we saw what Peggy Carter would look like if she took on the super-soldier serum instead of Steve Rogers. Captain Carter brings to life a Union Jack uniform and is this perfect example of power and poise that Peggy Carter always possessed.

Peggy Carter dons the Union Jack colours as Captain Carter in this newly-released concept art from the WHAT IF…? animated series! https://t.co/qlygI6wGKU pic.twitter.com/W3ATYaSZh0

Overall, the What If…? series is a fun way of bringing our characters to life in an interesting way that isn’t just what we see in the overarching Marvel Cinematic Universe. That being said, couldn’t Bucky’s episode be about what if he was Captain America from the start, and not what if he was tortured by Hydra for years and then had to fight a zombie version of his best friend? Hasn’t he suffered enough?