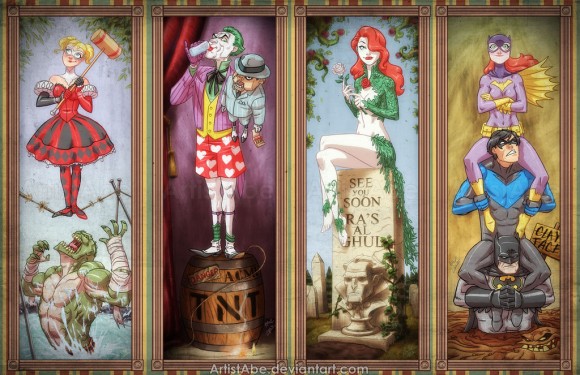 “Haunted Arkham Asylum” was a piece put together by DeviantArtist ArtistAbe. It parodies Disney’s Haunted Mansion stretch portraits originally illustrated by Marc Davis and reproduced by Clem Hill. We have to admit, ArtistAbe chose wisely when replacing the characters with Batman and his Rogues Gallery. Also? Not sure I could handle a Haunted Arkham Asylum ride…