"It took me 40 minutes to remember how to do this." 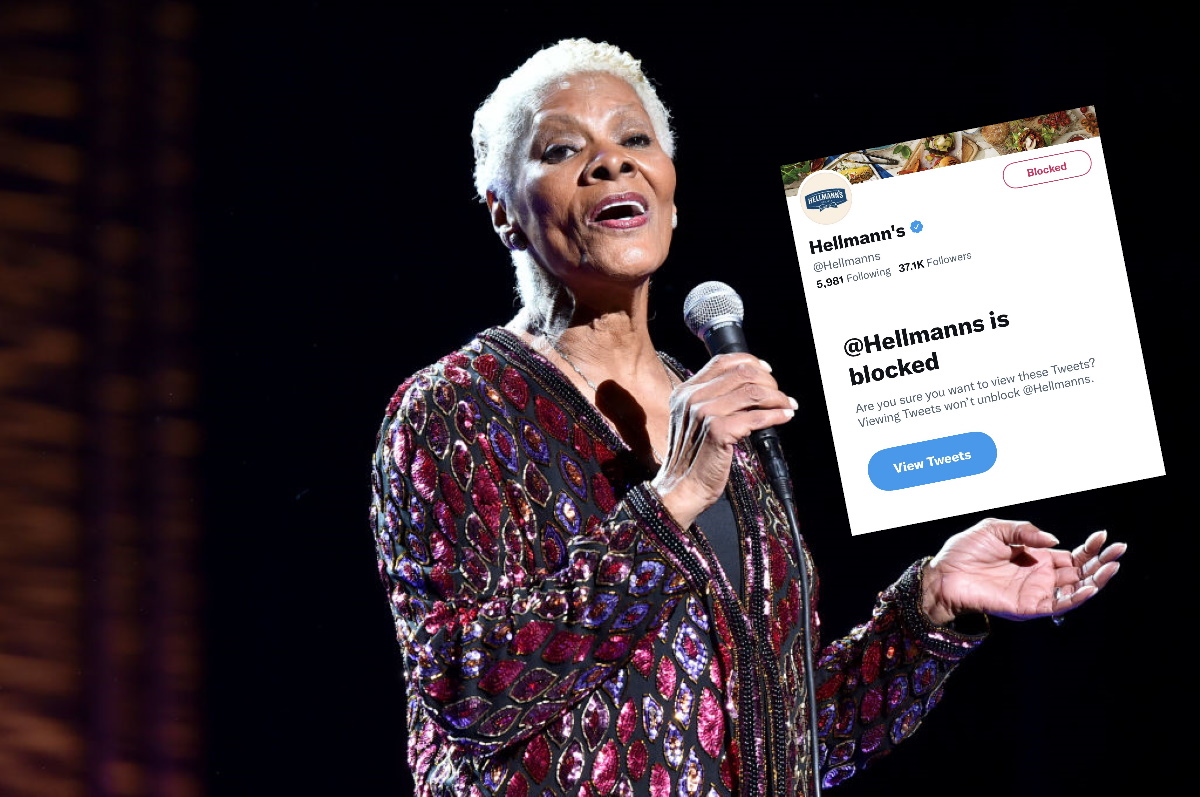 I’ve already written about how magical Dionne Warwick is on Twitter, but with that comes the understanding that she will not tolerate things that cause her distress – a valuable lesson for all of us, really. Such was the case when she took to Twitter to share that she had blocked Hellmann’s, of all things, but if you follow our great Auntie Dionne you know that she has a good reason for it.

To those asking why… They want us to put mayonnaise in our coffee. I won’t tolerate it. https://t.co/JbZUcHLjBc

And why should you tolerate such disrespect to coffee?!

The idea of putting mayonnaise in your coffee sounds like some sort of Internet challenge that shows that reckless teens are made of stronger stuff than I’ll ever be. Was Hellmann’s serious about mayo being some sort of replacement for milk or creamer?

That didn’t make me any less confused, I’ll tell you that

Is their social media manager trying to get fired?!

Let me just say, on the record, that sometimes Hellmann’s makes a solid suggestion on ways to use mayonnaise that’s a bit outside the box. Take this grilled cheese sandwich tweet, for instance. I’ve tried it, and it is pretty tasty!

All I Ask is trying mayonnaise on your grilled cheese at least once. 🙏

For some reason, Hellmann’s decided to double, no, triple down on this hellish premise, confirming that, no, this wasn’t a typo, and yes, they feel that there are… benefits to choosing violence first thing in the morning.

Nope, that wasn’t a typo.

Mayo in your coffee.

It’s called having a sophisticated pallet.

The benefits of putting mayo in your coffee include:

-mayo in your coffee
-coffee in your mayo

This has to be the most bizarre hill I’ve seen someone willingly die on.

I wondered, though, where this idea even came from. I know it had been discussed years ago, but I thought it had returned to the crypt it had crawled out of, never to be brought up again. Why was Hellmann’s really out here tweeting like this?

We have football to blame, or rather, a particular college football player.

Apparently, this whole thing stems from a TikTok (of course it does) where Will Levis, the quarterback for the University of Kentucky, posted himself drinking coffee with mayo in it.

Will Levis in one video has made a National controversy https://t.co/7awHX5C5ow

While Hellmann’s hasn’t come out and said that it’s because of Levis, there was a bit of a… mayonnaise beef because of his video?

Creating beef between mayonnaise companies was not necessarily on my to-do list this week. https://t.co/sHW6ufccyc

From what I can gather, this got more traction when host and reporter Alyssa Lang decided to try mayo in coffee if Kentucky beat Florida. Unfortunately, Kentucky came through, so Lang had to lie in the bed she’d made for herself. To her credit, she does call Levis out and demand that he do it with her, thinking that maybe, just maybe, he’d been faking the whole thing.

He wasn’t. If anything, it looks like he legitimately enjoys drinking his coffee this way.

Lang, however, does not.

I’m with Auntie Dionne on this one, y’all. You will never see me ruining a good cup of coffee this way.

For my own self-care, I’ll be avoiding mayonnaise discourse from here on out.