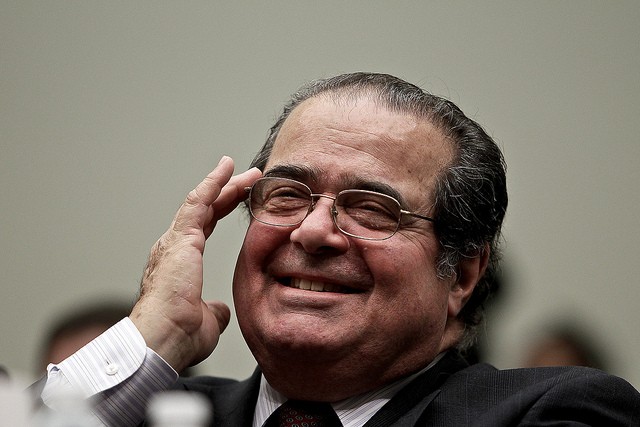 Today saw the opening arguments of a Supreme Court case over whether the University of Texas’ two acceptance programs are constitutional. As of right now, they employ two programs: the “Top Ten Percent” program, where they accept top 10% of class, regardless of race, and the “holistic” program, which takes things like race and other factors into account.

It was during these arguments that Justice Antonin Scalia voiced what is perhaps the most boneheaded opinion about black students. He specifically said:

There are those who contend that it does not benefit African Americans to get them into the University of Texas where they do not do well, as opposed to having them go to a less-advanced school, a slower-track school where they do well.

One of the briefs pointed out that most of the black scientists in this country don’t come from schools like the University of Texas. They come from lesser schools where they do not feel that they’re being pushed ahead in classes that are too fast for them.

Just look at the language. Phrases like “less-advanced, slower track school,” and “lesser schools” belie the Justice’s opinion. It’s pretty clear that he believes black students are too slow for most colleges. He’s essentially judging all black students as one, as if they were a monolith.

Surely he’s aware that if they were to rule the University of Texas’ program unconstitutional, it would call into question many similar programs, effectively shutting out opportunities for black students.

The last thing Scalia needs is to have his opinion validated. It’s the kind of ridiculous, nonsensical language you expect to hear from your racist uncle at the dinner table, not a Chief Justice of the Supreme Court.

In the past, Scalia has also voiced some pretty awful opinions. According to the New York Times, when discussing the court’s decision to protect gay rights with students from Georgetown University, he said, “The Supreme Court’s decisions protecting gay rights were not rooted in the Constitution, and their logic could as easily apply to child molesters.”

Again: that is some out of touch, racist (now add homophobic) uncle dinner table talk.

I just… cannot even with this.