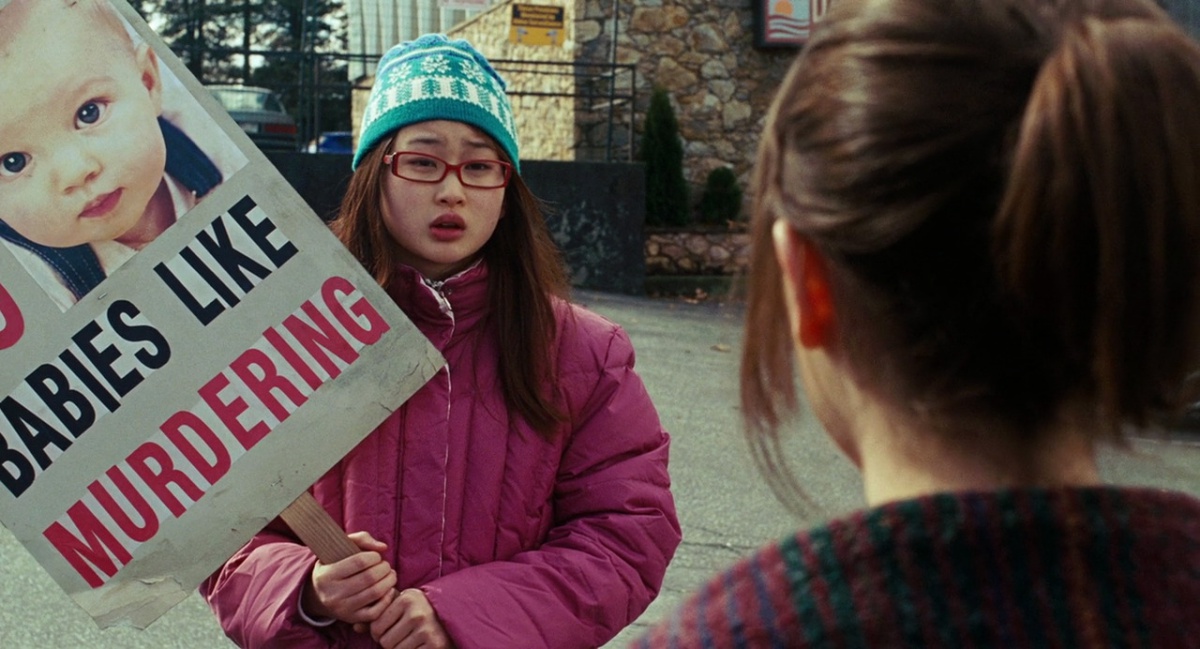 With Tully in theaters and the 10th anniversary of Juno, Diablo Cody wants to clarify some things about the film that won her the Academy Award for Best Original Screenplay.

In the film, sixteen-year-old Juno, played by Ellen Page, finds herself pregnant by her friend, Paulie Bleeker (Michael Cera), and considers getting an abortion. When Juno arrives at the clinic she finds one of her schoolmates there holding a one-woman pro-life protest chanting: “All babies want to get borned.” Su Chin tells Juno that her baby probably has fingernails right now, which gives Juno pause. Juno goes inside of the clinic but changes her mind and decides to give the baby up for adoption.

The first time (and frankly only time) I watched Juno was in my all-girls Catholic high school. There is very little I clearly remember about the film, because while I certainly enjoyed it, I was just not crazy about it (now Cody’s Jennifer’s Body and Young Adult that’s another story). Still, this scene with Su Chin chanting and the fingers is etched into my head. My friends were actually just talking about it a few weeks ago.

At the time of the film, I honestly can’t remember believing strongly in anything except for Zutara and hating Twilight, so I don’t think I cared about Juno deciding to get an abortion or not, nor how it was framed. As an adult, I doubt Cody meant for it to carry an anti-choice message; however, the fact that I saw it in Catholic school shows that it was interpreted differently depending on who was watching.

In an interview with the Guardian, while talking about Tully, she is asked if she would have changed anything about the pregnancy in Juno now that she has children of her own.

“In terms of the pregnancy, no,” Cody said. “But I don’t feel I was clear enough in terms of why Juno chose to not have an abortion. It was simply because she did not want to […] It was not about any type of feeling that abortion was wrong – I’m pro-choice. So for it to be interpreted as an anti-choice movie, that’s upsetting to me.”

I take Diablo Cody on good faith that her intent was not to push an anti-choice message, but in talking to many people my age who did enjoy the movie growing up, and are pro-choice, their response to the scene was “yeah, that was kind of a weird scene. Not sure what she meant by it.”

So it’s good that she was able to clarify that.

Now I want an answer to how queer-baity and homophobic Jennifer’s Body is.