As He Defends Trump in Hearings, Never Forget Rep. Devin Nunes Is Also Suing a Fictional Cow on Twitter 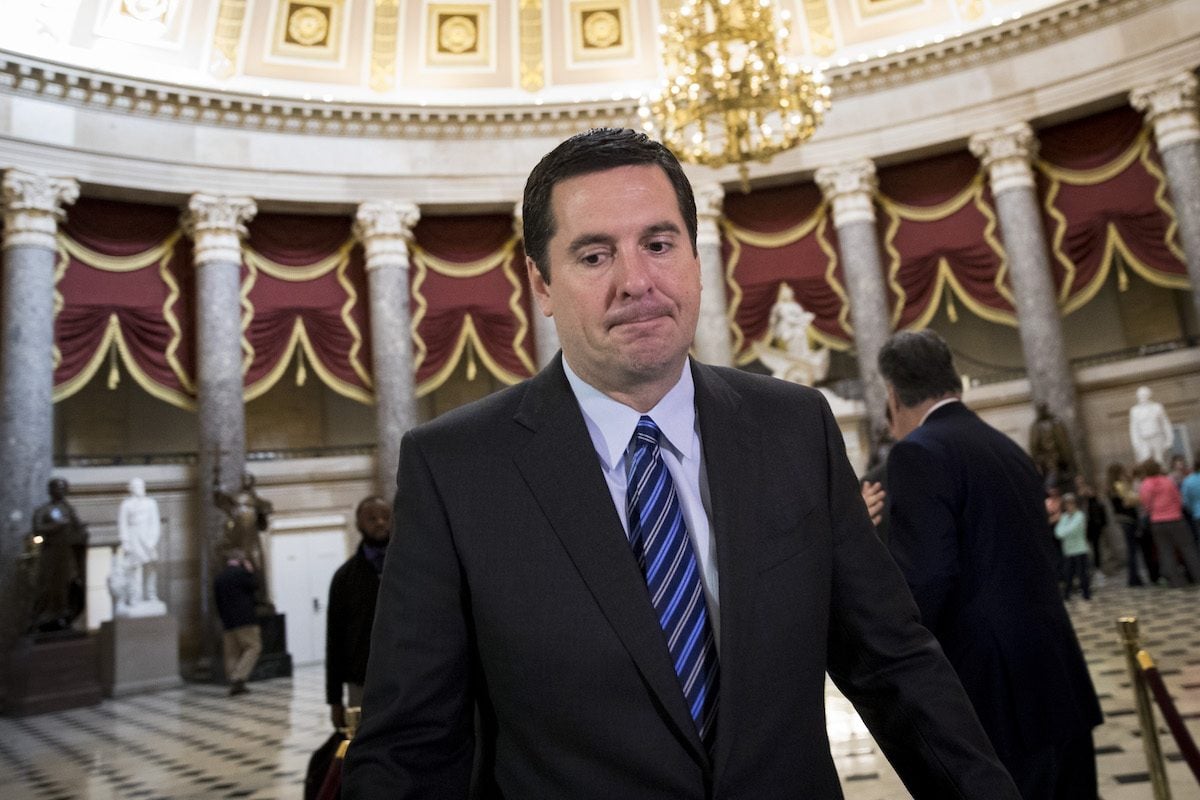 Devin Nunes has spent his morning as a Congressman going to bat for Donald Trump in a hearing as the Democratic party is currently trying to impeach the president. It’s a twisty-turny situation that has me confused more often than not, but what I currently have gathered is that Nunes is, once again, more concerned that negative information about the president reached the public than he is about what the president has done.

This is, essentially, how I feel about the entire scandal surrounding Trump right now:

You can watch Nunes on CNN below, where he tries to say that the media will spin the words of acting director of national intelligence Joseph Maguire against Donald Trump, even though Trump is doing a bang-up job of tanking his presidency all on his own.

Maybe Trump can help his friend, who is defending him, with Melania’s Be Best program, because Devin Nunes is known more for his case against a Twitter accounts of a fictional cow and a parody account of his mother—and for his role as a tool of the Trump administration—than for his actual work as a congressman.

REMINDER: The Republican leading the charge to defend Trump this morning is also suing a fictional cow pic.twitter.com/TMaVkPlTf5

We’ve talked about this case before, but let’s look at the facts. Well … actually, the facts are just that Nunes had his feelings hurt and decided to sue parody Twitter accounts because they mocked him. I find this exceptionally funny because being trolled on Twitter is par for the course. Most of us deal with it; we mute our mentions and move on.

Nunes took it to the next level and is crying and trying to get money out of it. Can I sue my trolls for $250 million dollars? Because I’m sure my bruised ego is also worth that inordinate amount of money.

Whatever the legality is behind it, Nunes basically said it was bad for his image, and whatever, dude, it’s Twitter. The idea on Twitter is that history will not remember Devin Nunes kindly, and sure, fine, yes, I agree, but what’s scary about this situation is that he basically, while on a congressional committee, wanted Joseph Maguire to take back an official statement he made because he knew it would reflect badly on Trump.

Trump makes himself look bad all on his lonesome, but this is now our terrifying reality. Elected officials are willing to disregard a legal oath if it makes the president of the United States look bad, and if the media can use it to point out the president’s wrongdoings.

So, what a scary world we live in! At least we can laugh about his Twitter case, right?