The Rock Might Be the Voice of Detective Pikachu 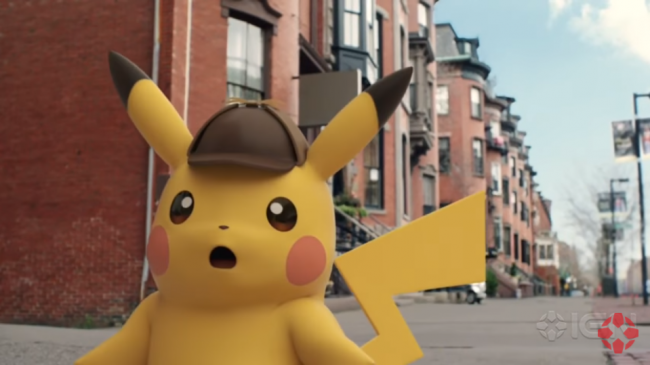 As Legendary Pictures gears up for production on the film adaptation of Detective Pikachu, rumors are starting to fly about the big names they have in mind for the title role. That Hashtag Show reports that Legendary’s top choices to voice Detective Pikachu are Hugh Jackman, Ryan Reynolds, Mark Wahlberg, and…Dwayne “The Rock” Johnson. Unfortunately for the studio, none of the four have even agreed to meet about the role – yet!

The internet might be disappointed by this list, since Danny Devito has been its most memed suggestion, but I am honestly so entertained by the idea of Hugh Jackman or The Rock voicing a goddamn Pikachu. I hope Jackman would go full Logan, growling all his lines while playing a bouncy yellow fantasy creature. The Rock could just be the Rock, doing his thing, and I would enjoy it.

The Detective Pikachu movie will be based on the Japanese Great Detective Pikachu video game, whose trailer you can see below. The game centers on a talking Pikachu who isn’t as skilled a fighter as most Pikachu, but more than makes up for it with his career as a talking, crime-solving master detective. When he finally meets a human boy who can understand what he’s saying, they team up to solve Pokémon-related mysteries.

Detective Pikachu is scheduled to being shooting in January 2018, with Rob Letterman (Shark Tale, Monsters vs. Aliens) set to direct. I think Hugh Jackman and The Rock are pretty awesome suggestions, but who would you like to see voice Detective Pikachu? Viola Davis doing her Amanda Waller voice? Mark Hamill? Tara Strong? Hit me with your best suggestions!

(Via IGN; image via screengrab of the Detective Pikachu trailer)