Review: Destroyer Brings the Complexity of the Female Experience to Life Like Never Before 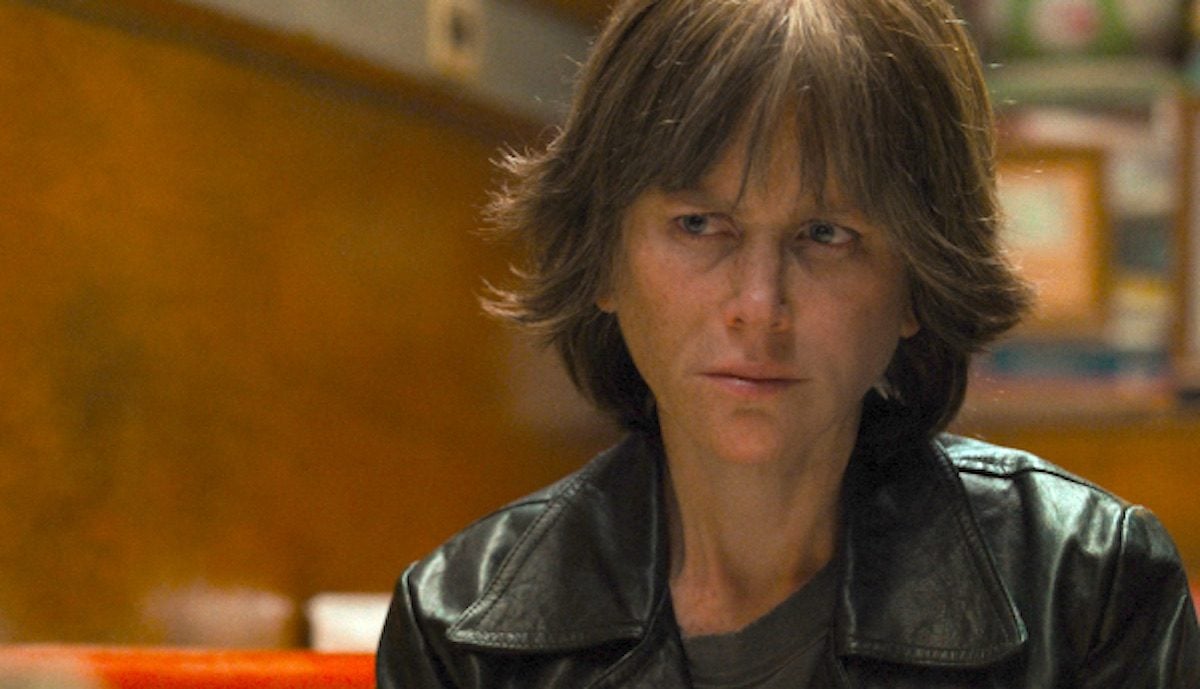 **This post contains some spoilers for the Karyn Kusama film Destroyer.**

There are often movies that, while you’re watching them, you’re not sure how you feel about them, and then all it takes is one twist, and you’re sold. Destroyer is one of those movies.

A movie that examines the themes of loss, corruption, and retribution, Destroyer is Nicole Kidman’s best work yet. Showing the pain that comes with a love intense yet brief, Erin Bell (Kidman) is the kind of character that is unapologetic about her rage and actions. Focusing on Erin, who is an LAPD detective, the movie is split between her past as an undercover cop with her partner, Chris (Sebastian Stan), and her modern day time trying to bring down Silas, the leader of the bank robbing gang that Erin and Chris once attempted to take down.

Balancing both Erin’s love story with Chris with her struggle to understand and connect with her daughter, Destroyer isn’t afraid of depicting a more complicated aspect of being a mother while also making Erin a fully realized character, with her work as a detective the most important thing in her life. In the past, Erin and Chris get lost in the drug-induced haze of robbing banks and being a part of the very gang they’re trying to take down.

They let their love blind them to the reality of what they’re meant to do and, in an act of foolishness, Chris strives to be a hero instead of sticking to the plan.

Erin, throughout the years that follow, is left trying to raise a daughter, as well as stop Silas and those responsible for the constant pain that Erin still has to cope with.  The film manages to tie both aspects of Erin’s story together in a way that flawlessly intertwines, while still functioning independently, as well.

Tatiana Maslany also provides a powerhouse performance in the character of Petra. Showing the longterm effects of drug abuse, she wants so desperately to escape her Beverly Hills “privileged” life that she will do whatever it takes to be the example of what her parents never wanted her to be. Maslany and Kidman show the difference in time between both Petra and Erin in a way that has us, as the audience, wanting nothing more than to see them find the kind of retribution they’re both clearly seeking.

Destroyer is hands down the best work Kidman has done yet, unafraid of inhabiting this incredibly raw character—one who is trying to understand pain in a new way, and it’s definitely a movie you don’t want to miss.

Destroyer hits select theaters in New York and Los Angeles on Christmas Day, with a wider release later in January.