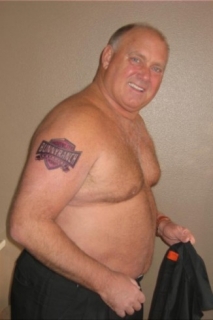 Dennis Hof, owner of the famed Moonlite Bunny Ranch, which you may or may not know from the HBO series featuring said brothel, dubbed Cathouse, is planning on furthering his brothel empire, this time with a sci-fi-themed brothel venture.

The new brothel will be located 90 miles northwest of Las Vegas, and will be called the “Alien Cathouse,” which is pretty funny. Though Hof has been pretty successful with the Moonlite Bunny Ranch — I mean, not only does he run a famous, legal bordello, but he has his own reality TV show about it — he has enlisted the help of famed Hollywood prostitute Heidi Fleiss. Amusingly, Hof told the Las Vegas Review-Journal that Heidi Fleiss will serve as the Alien Cathouse’s “chief alien design queen.”

The pair came up with the idea for the sci-fi Cathouse, with Hof saying, “We both wanted to do something different, and we both like being on the cutting edge. There has never been a place like the Alien Cathouse before because no one ever went for it.”

The land on which the Alien Cathouse will be also contained a gas station and convenience store, which Hof bought as well, dubbing the zone the Area 51 Alien Travel Center, showing that Hof is walking a fine line between comedic genius and terrible, awful ideas. Talking to CBS Las Vegas, Hof said, “Area 51 is a big place. If you turn off my driveway and head up 15 miles there it is. I really wanted to capitalize on it.”

Hof plans to cater to all levels and areas of geekdom, so you never know, you might be able to have sex your very own Samus Aran when the place finally opens. Suit on, of course.

(via CBS Las Vegas, thanks Ben!)