#DemThrones and the Importance of Black Fandom Communities 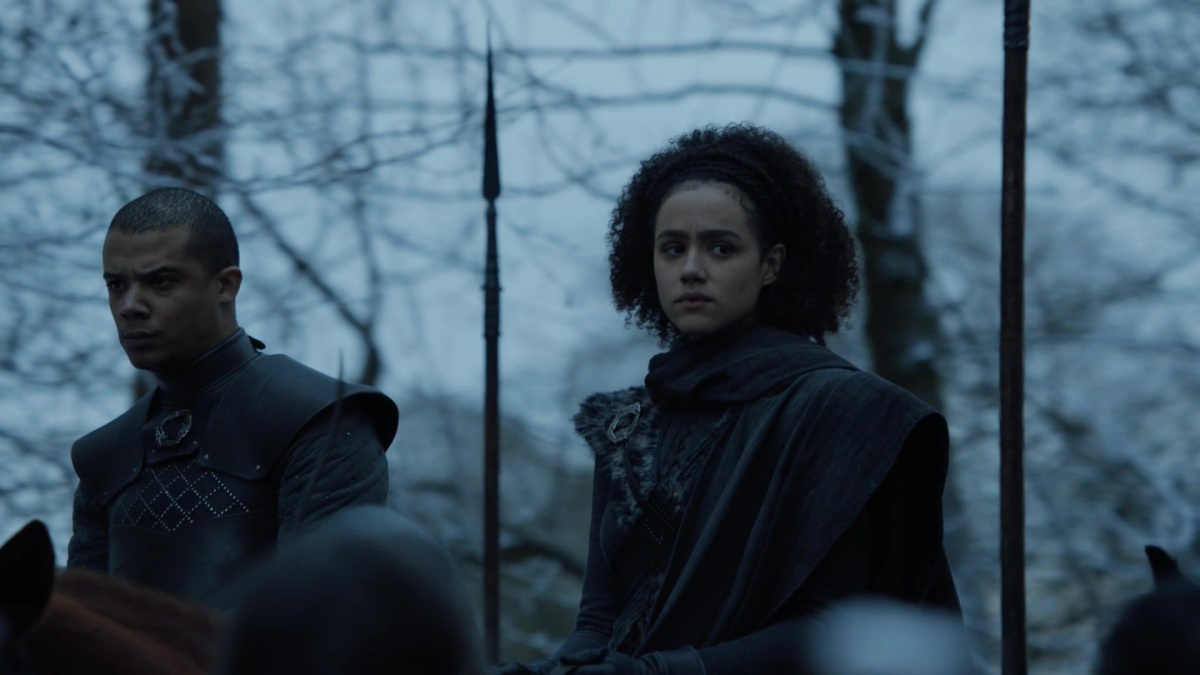 For Black and Brown fans of science fiction and fantasy, there are has always been a love for the genre coupled with the very clear reality that we are not often represented in the media we consume, and when we bring that up, it’s often seen as confrontational. Yet, we still participate, and one of the ways we do so as POC fans is by being on Twitter.

Vice, in one of their newest videos, showcased the popular Black Twitter hashtag #DemThrones and two of the people who have helped popularize it: married couple Rod Morrow and Karen Morrow. They are are the hosts of the podcast called “The Black Guy Who Tips,” and they’ve popularized the hashtag #DemThrones, where Black (as well as non-white) viewers discuss moments on the show and how they resonate with them through their cultural lens. “Moments that resonate with black people, I think, are a little bit different than just the major moments of the series,” Morrow told Vice.

The hashtag has everything from explicit, Black humor to deep analyses of elements of race, class, and enslavement in the show. One of the characters who has often been the focal point of that kind of discussion is Daenerys Targaryen. Due to her exile and storylines, Dany has often been placed among people of color, first the Dothraki and later the people in the cities of Yunkai, Astapor, and Meereen.

One scene that was especially jarring for many POC fans was Dany being lifted up and called “Mhysa,” which means “mother,” by a group of mostly brown people.

On a cinematic level and on a character level, this scene is really powerful. It comes right after the Red Wedding and signifies Dany’s ascension to one of the highest points of her story arc. It’s a powerful moment that highlights her journey from the young woman we saw being sold off into sexual slavery to being able to free other people.

However, if you’re someone who is descendant of Western slavery or colonization, the visual has tints of white saviorism, especially when you consider that Dany does not understand the culture she is “freeing” and ends up causing more problems than she solves due to her cultural ignorance.

Those conversations don’t detract from what makes the show fun, but it’s great to have a huge diversity of thought and discourse about the media we consume, especially something as watched and discussed as Game of Thrones. As a Black nerd, these types of communities and hashtags have been a great space for me to find thoughts and opinions that even I didn’t consider.

That doesn’t mean it’s all accurate or perfect, but the point is that, for those trying to seek out communities with people who look like them and who share similar cultural experience, Twitter sometimes comes through.

Also, the memes are great:

i spent 10 minutes on this edit and it was worth every second pic.twitter.com/BNxKHjl4Mb