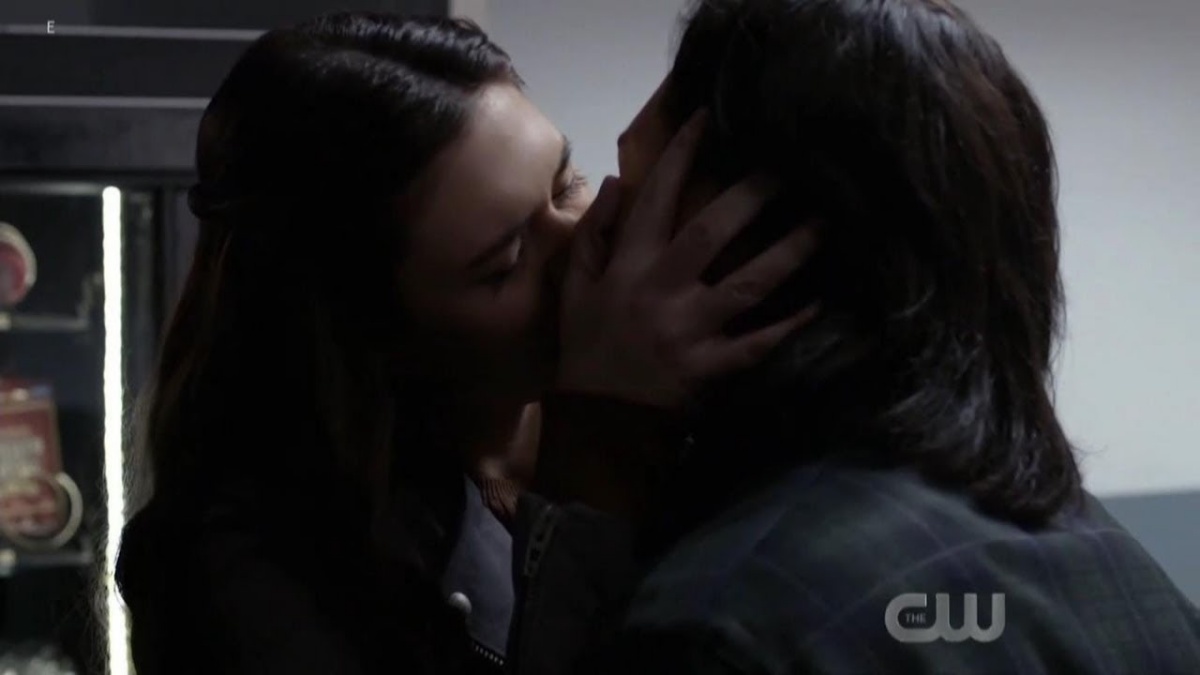 One of the best couples in Supergirl has been Nia Nal (Nicole Maines) and Brainy (Jesse Roth), which happened in season four. It has been one of the few really beautiful trans woman/cis-male romances on television, along with Pose. Brainy has no anxiety or issue with Nia’s gender; his nervousnesses is about the fact that she is an ancestor of heroes and he’s intimidated how cool she is.

As someone who had the pleasure of being in the company of Nicole Maines, the swag is real. TVLine released an exclusive deleted scene from the “American Dreamer” episode that shows Nia and Brainy sharing a moment.

“American Dreamer” saw Kara ceasing to operate as Supergirl, because her double, Red Daughter, attacked the White House and got Supergirl labeled as an enemy to the nation. As a result, she decided to use journalism to fight corruption. However, National City still needs a hero, and Nia, a.k.a. Dreamer, is ready to step up to that role. As a newly minted hero and due to his general foot-in-mouth failures, Brainy makes a comment doubting Nia’s ability to fight crime. However, we see Brainy come around and apologize for forgetting that Nia is the best.

“I wanted to apologize for my calculations in regards to the likelihood that you and I would be apprehended without Supergirl,” he tells her. “I forgot to take one important X factor into consideration: you, Nia Nal. When you are taken into consideration, it seems our chances become limitless.” He then offers to help her with a plan to get the aliens she rescued someplace to stay, but she lets him know it’s already been handled.

This scene totally highlights what I love about Nia as a heroine. Despite only being in one season and not appearing in every single episode, Nia was a fully realized character. Plus, I appreciated that they didn’t spend too much time with several training montages that show her getting her butt kicked. After Laurel, I would much rather get to see superheroines be super.

Romance-wise, I love the massive amount of respect that Brainy has for her, it’s very Darcy-esque in the way he’s so shy that he can’t stop putting his foot in his mouth, despite the best of intentions. She doesn’t really need him, but through learning how to express his feelings, Brainy really gets in touch with his humanity. That’s why their big moment in the season four finale was so powerful.

I hope that season five will allow them to be cute and happy. Since James is leaving and Lena is currently on the brink of evil, plus Alex and James’ sister are now a thing, let’s just have one healthy and happy couple on this show, at least for now.

(via TVLine, image: The CW)