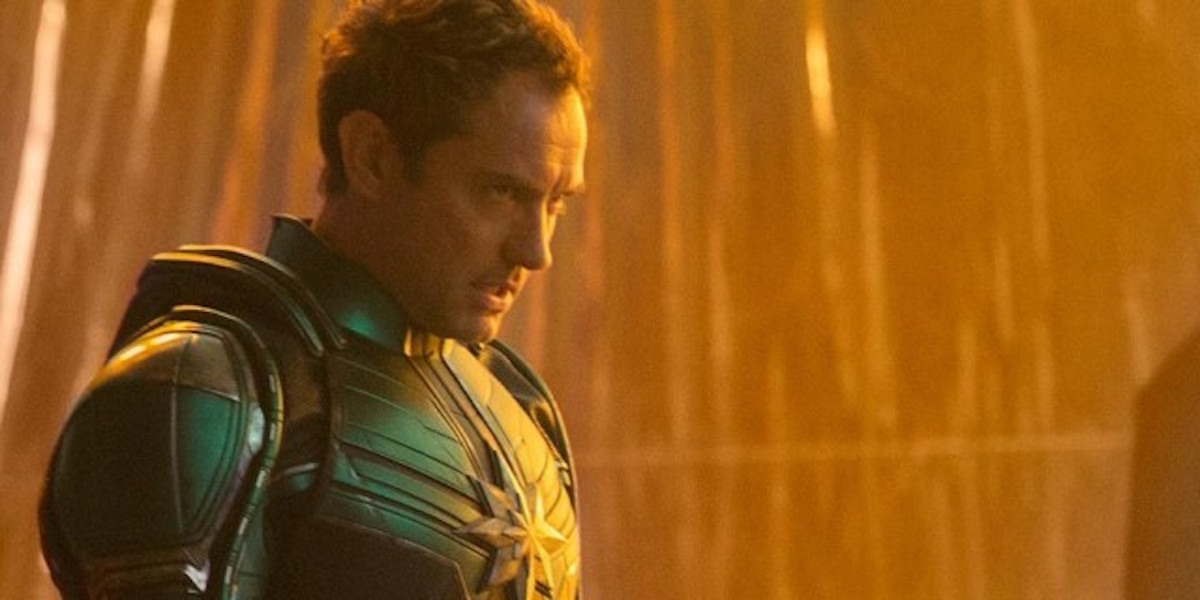 The editing process of a major blockbuster is a vicious cycle of deleting character beats and scenes to streamline the entire film. The process for Captain Marvel saw the removal of one key scene that directors Anna Boden and Ryan Fleck regret: Yon-Rogg (Jude Law) coming face to face with the Supreme Intelligence. The scene showcased Law’s talent as an actor as he played two roles—Yon-Rogg and the Supreme Intelligence, who appeared as Yon-Rogg himself.

“I think the scene where Jude visits his Supreme Intelligence is really fun—I think it’s on the deleted scenes—and it’s just one of those delicious after scenes where Jude Law is playing both characters and being both brutal and vulnerable in the same space,” Boden told CinemaBlend.

The Supreme Intelligence takes the form of who you admire most when you speak to them. For Carol, it was Mar-Vell (Annette Bening), who appeared whenever she visited the AI. For the self-absorbed Yon-Rogg, it could, of course, only be himself that he saw. Law, who had a blast and a half alternating between Yon-Rogg as mentor and villain in general, had the chance to go even more villainous with the Supreme Intelligence, who is capable of immense cruelty.

Ultimately, it might’ve been a good idea to delete this scene. We don’t know yet when this would have taken place in terms of the story, but it would have shifted the focus away from Carol’s journey of self-discovery to Yon-Rogg’s own inner turmoil. As his arc stands in the final film, we get a great look at Yon-Rogg, how he ticks, and how nasty he can be. A third scene set in space, where he communes with the Supreme Intelligence, might’ve slowed the whole film down and taken necessary time away from Carol.

However, I’m glad the scene made it to the blu-ray. It’s very likely that Yon-Rogg will return in Captain Marvel 2, angrier and more entitled than ever. When we last saw him, Carol had thoroughly defeated him and sent him back to the Kree Empire with a message that she was going to undo their entire reign. Yon-Rogg’s impotent rage at Carol always being stronger than him will no doubt be set off at suffering a defeat at her hands, and she’ll face him once again.

Just as we don’t know what sends Ronan off on his fanatic quest in Guardians of the Galaxy, and how Korath separates from the Kree, as well, we don’t know what happens between Carol leaving to guide the Skrulls to safety and the fall of the Kree Empire hinted at in Guardians of the Galaxy. At some point, the Kree stop conquering, but what causes that? There’s more story there, and both Carol and Yon-Rogg are likely to be a part of that.

If Captain Marvel were much longer, it might not have worked as well as it did. Still, it’ll be nice to get some more insight into Yon-Rogg’s mind, and to see if the scene holds any clues for his future. Will Yon-Rogg’s hubris once more be his downfall? Let’s hope so.