In Defense of Star Trek: Enterprise, the Show That “Killed” Star Trek 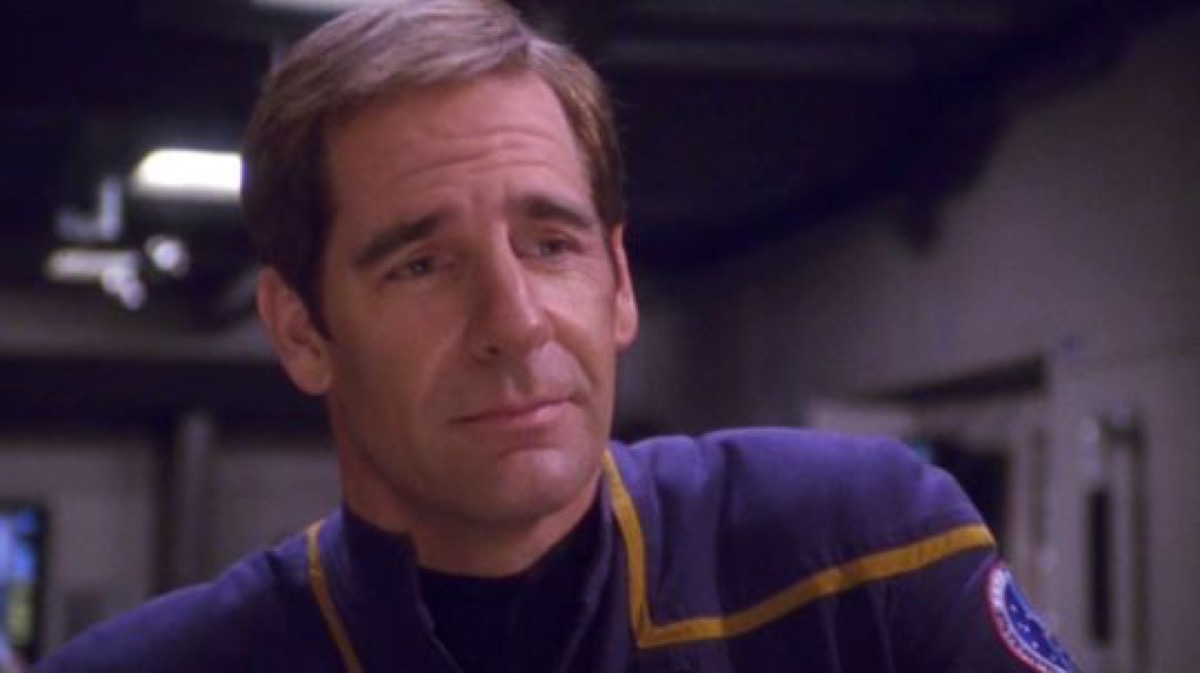 With the critically-acclaimed release of season one of Star Trek: Picard, Discovery heading into a third season with a fourth already greenlit, an animated Lower Decks show on the way, and numerous other projects in the works, it seems as if the past few years have been the emergence of a new Star Trek renaissance.

However, while Star Trek has been one of the longest-running, most well-known franchises in science fiction, it suffered a significant dip in popularity in fairly recent memory. From 2005 to 2017, there were no Trek shows on the air. It’s a staggering figure—12 years is a huge portion of time for such a massive franchise to be off the air. While the Kelvin films were very successful, due to licensing rights, they weren’t considered part of the same canon as the TV series, and thus, there wouldn’t be any true Trek until the entire franchise was given a shiny new reboot with Discovery.

But how could something have been so bad that it broke an 18-year TV streak? What was such a massive failure that it wiped one television’s largest players off the air for over a decade? The answer is one word: Enterprise. Ever since its infamous finale, “These Are the Voyages,” aired in 2005 and marked the end of Trek’s reign on television, Star Trek: Enterprise has been relentlessly blamed by fans and critics alike for effectively “killing” Star Trek.

Yet, I can’t help but wonder if time has been too harsh on Enterprise. Over the course of Star Trek: Discovery’s run, it’s become abundantly clear that Star Trek fans rarely hold back on criticisms of the franchise they love, but is it possible Enterprise receives an unjust amount of hate?

While it’s by no means perfect (or even close to being as influential or groundbreaking as something like The Next Generation), Star Trek: Enterprise was hardly the Earth-shattering monstrosity that it’s made out to be—and should it have been given more time, I think it could have blossomed into something truly unique that both stayed within the Trek traditions and branched out in a new and exciting way.

Before I get into why Enterprise deserves a reevaluation, we need to address the obvious: It wasn’t Trek’s best. Many of the criticism leveled against it are valid—and that begins with the fact that, yes, it was canceled, and that cancellation ended an 18-year run of Trek TV that began with TNG. While the other Trek shows in the golden age ran for seven seasons, Enterprise’s plug was pulled after a mere four.

I also won’t make any attempts to defend the show’s finale, “These Are The Voyages,” in which it was revealed that all of the events on the show were a mere holographic simulation being viewed by Deanna Troi and Will Riker. The twist was panned by fans and rightly so, as it seemed to invalidate the show’s own existence and took precious time that could’ve been used to give many of Enterprise’s characters satisfying endings. 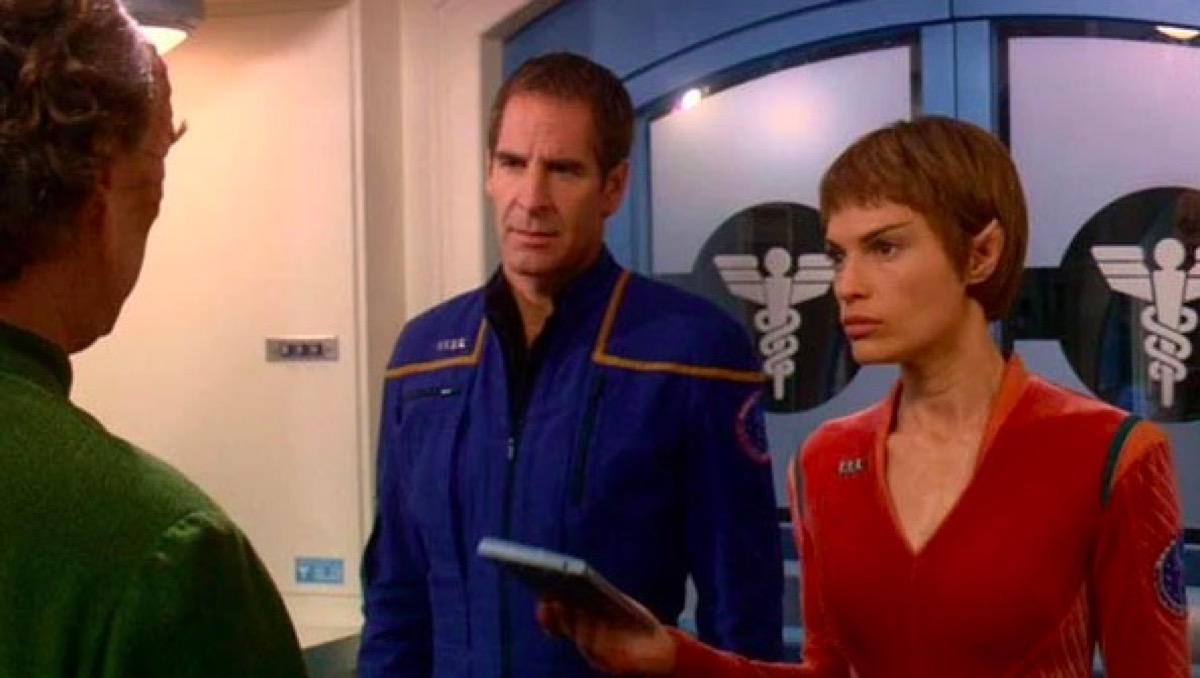 But a major part of why the endings were so unfulfilling was that Enterprise managed to create a strong central cast of characters, all of whom were easy to root for while also being unique to the rest of Trek. One of Enterprise’s best qualities was its ensemble, led by the incomparable Captain Archer (Scott Bakula). When it comes to Trek captains, Archer is often passed over when talking about the greats, because of his association with Enterprise, but Captain Archer brought a lot to the table as both the show’s lead and the ship’s captain.

As his armory officer Malcolm Reed was quick to point out, Archer often treated his crew like friends or family as opposed to subordinates, but to me, this was never a weakness; it was a strength. Archer had a warmth about him that was lacking in the other Captains. While Picard and Janeway were strong leaders, and Sisko and Kirk were good in a crisis, none of them seemed to connect in such a deep, personal way, like Archer often did.

Archer made for a strong lead because he wasn’t inaccessible as a captain. He could lay down the law when the time came, but he was still a character that was easy to love and admire. He just felt like the type of guy you’d want to get a drink with and vent all of your problems to. The rest of Enterprise’s ensemble cast was strong, as well—Trip Tucker was another figure on board who brought charm and humor to the show, and his frequent clashes with the buttoned-up Reed (whether it be harmless banter or heated arguments) made for engaging television.

The ship’s CMO, Phlox, was also a unique addition. His and T’Pol’s status as aliens brought the concept of xenophobia to the Enterprise, which was something that was never really addressed in The Original Series, but felt right at home in a show that took place before Kirk and Spock’s run.

Admittedly, not all of the characters were as fleshed out as they could’ve been—Hoshi and Travis, for instance, were both harmless and likable figures that served their purposes, but never truly felt as deeply explored as some of the other crew members—but some of the unfulfilling character arcs can (and should) be understood through the lens that the creative team believed they were writing for a show that would run seven seasons, not four, and thus hadn’t been anywhere near done fleshing out the main cast when the finale rolled around.

In fact, many of the structural writing flaws in Enterprise should be analyzed knowing that all other Trek shows had the chance to find their footing for three extra seasons—seasons that were usually the best those shows presented. Even diehard fans will admit that it took a few years for shows like The Next Generation and Deep Space Nine to find their footing—neither were perfect from the start, and many of their best episodes and arcs only occurred after the writers were able to learn from the mistakes of earlier seasons.

Unlike its predecessors, Enterprise was never given that chance—and it shows. You can see the writers sewing seeds of what could’ve been truly great arcs in seasons 3 and 4—like Trip and T’Pol’s baby—but while these ideas would’ve been further explored with a 7-season run, they had to be rushed to completion when Enterprise was unceremoniously canceled.

It’s true that even with a full 7 season run, Enterprise may not have been the best Star Trek show out there. It had some deeply ingrained flaws that never faded over the years—its unnecessary attempts at “sexing-up” Star Trek, and its focus on the main trio of Archer, Trip, and T’Pol that took away from the rest of the cast, are aspects that bogged the show down even at its best.

But Enterprise still took Star Trek in a new and exciting direction, with its strong central premise, magnetic leading man, and solid ensemble crew. It will always have its flaws, and it may have been the last Trek show to air before the 12-year gap, but Star Trek: Enterprise is still a unique entry in the franchise’s canon that deserves so much more than to be known as “the show that killed Star Trek.”