Hello, we found the dumbest tweet of all time. 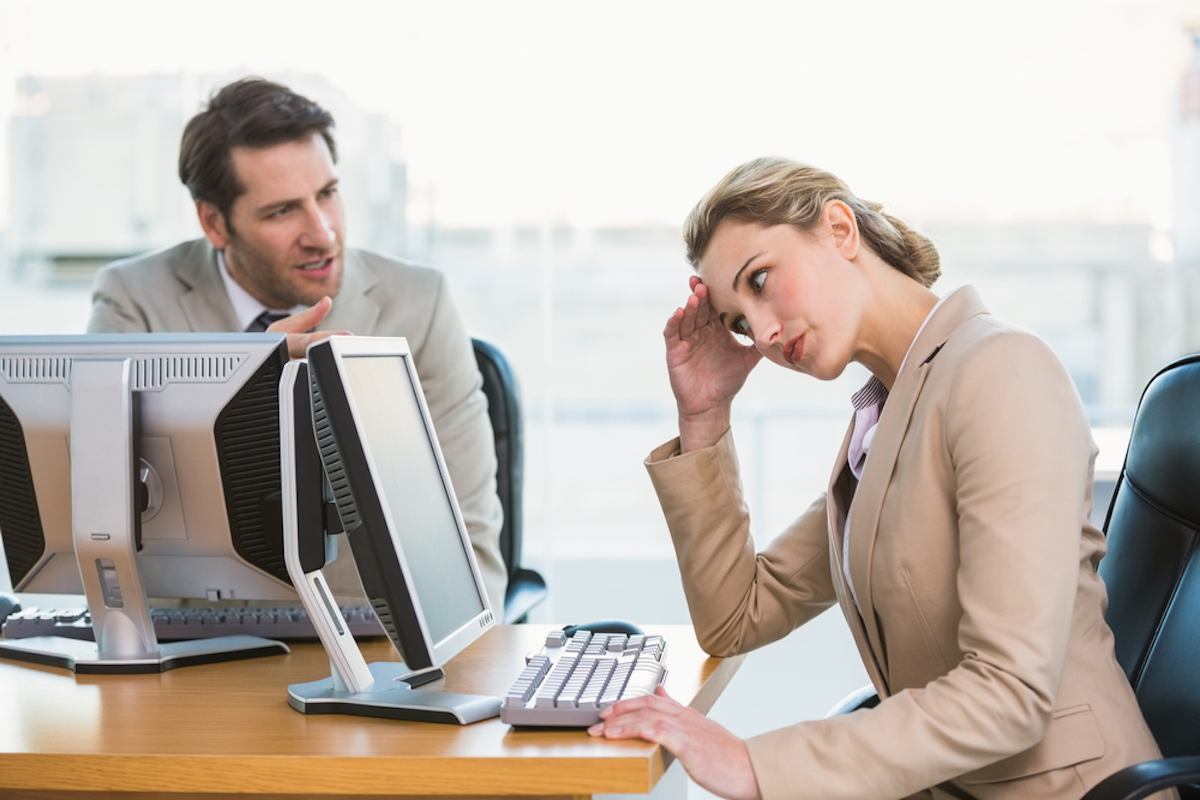 Have you ever seen a tweet so blindingly stupid and misinformed that it stuns you into silence? You know, the kind of tweet you reread, unsure if it’s meant to be sarcastic or is actually this dumb? And if it is, in fact, sincere, then what on God’s green earth would inspire the writer of the tweet to share his thoughts with the world?

These were the thoughts running through my head when I read this gem of a tweet from @_sargee:

Until women experience this, I don’t wanna hear about period pains. pic.twitter.com/8Bgr7Ivyy6

Ah yes, because how can cramping, nausea, fatigue and mood swings compare to … skinning your knees? What the actual f*ck is this guy on about? First off, women do experience that because they do, in fact, have knees (it’s almost like we’re human or something!). And nearly everyone has experienced a skinned knee at one point or another.

If this guy posted an image of some guy getting kicked in the balls then sure, that I can maybe understand it. I will never know that kind of pain. But likewise, cis men will never know PMS and period pain, so maybe they should stop talking about it and put some Bactine and band-aid on the situation.

For that matter, adult men skinning their knees playing soccer is par for the course for professional athletes. They chose to this for a living, and they get paid pretty well for their pain. People with period pain have no say in the matter. If we did, you better believe we would opt out of that shit.

And period pain is the tip of the iceberg when it comes to women-specific pain. Ever hear of childbirth? It involves two fun options: pushing a thing the size of a watermelon out of an opening the size of a lemon, or getting your midsection surgically opened and having the baby come out that way. Either way you slice it, it’s painful AF, not to mention life-threatening for the mother. Childbirth can lead to vaginal tearing, fistulas, infection, scarring, with delightful lingering effects like peeing your pants every time you laugh.

But please sir, tell me more about your skinned knee. Is it on par with endometriosis pain, ovarian cysts, uterine fibroids, or pelvic inflammatory disease? At least a medical professional can observe and easily treat a skinned knee. For many women, doctors ignore or downplay their pain, leaving them to suffer in silence. Women experience longer waiting times in ERs and are less likely to be prescribed painkillers than men.

This is doubly worse for women of color, who experience higher rates of maternal mortality, “43.5 deaths per 100,000 live births, compared to 12.7 deaths among white mothers.”

In speaking with my wife, if you complain about this, you probably couldn't HANDLE period pain. At least this pain is something you get to choose.. Women don't necessarily get to opt out of that pain.

You do know that women play soccer and skin their knees along with delivering large babies out of a small orifice enduring a pain I assure you my dude you have never felt.

I was 8 when I got my first turf burn on my knee. 20 yrs later, I still bear the scar. In HS I got a spike in my back. I've broken my thumb, gotten burned, and more. Yet NONE of those compared to my cramps from periods, which has made me pass out before. Sorry you're a wimp

UNTIL WOMEN EXPERIENCE THIS I DONT WANNA HEAR ANYTHING ABOUT PERIOD PAIN pic.twitter.com/2po44ljHjP

Right! I played soccer with my period pain while getting turf burn, men don’t know shit about how badass we are

A scrape on a knee is worse than period pain? pic.twitter.com/5g7l6m0HqJ

Which will take longer to heal: a skinned knee or these vicious Twitter burns?