Deadpool Is Rumored to Appear in Logan! Here’s the Comic Book Storyline I Hope They Use to Explain It 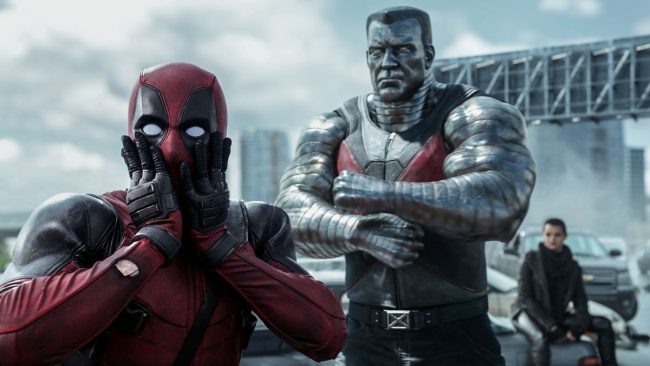 Ryan Reynolds has been hard at work on Deadpool 2 and/or an X-Force movie, and he’s got one very special wish for the franchise: he just wants his beloved frenemy Hugh Jackman to reprise his role as Wolverine, and come back to share the screen with him.

That would be a truly fitting way to put to bed the ridiculousness of X-Men Origins: Wolverine, which is a movie that is no longer considered canon by anyone who has any sense at all, but which nonetheless served as the only time that Wolverine and Deadpool met in the live-action X-Men universe. The two characters deserve a better movie to appear in than that one, though, and after the success of Deadpool in 2016, it seemed possible. Not probable. But possible.

Sadly, Deadpool‘s success may have come too late for a true buddy-movie to ever unfold between Deadpool and Wolverine. After he wraps on Logan, Hugh Jackman plans to hang up his claws as Wolverine and leave the role to someone else–possibly even to X-23, who wears the Wolverine mantle in the comics now, and who will be introduced as a character in Logan. Much as I want to see X-23’s legacy continue in these movies, I have to admit that there’s an undeniable and hilarious chemistry between Hugh Jackman and Ryan Reynolds, and it’s a shame we won’t get to see that unfold on screen again before Jackman departs.

According to what an anonymous source told The Wrap, I’m going to see my wish come true… maybe. The source says that Ryan Reynolds will be appearing in a Logan cameo as Deadpool–probably as a form of promotion for Deadpool 2, and probably in a post-credits sequence. However, it’s worth noting that both Logan’s director and Reynolds himself have denied this claim. Either they’re trying not to spoil the surprise, or it’s just a lie. Hopefully it’s the former and not the latter.

If the cameo does end up happening, it would make a lot of sense from a marketing standpoint. And I can even think of some clever ways they could set up the scene, based on comic book canon. So, you know how in the Logan trailer, the events of the movie are set in some sort of unknown, post-apocalyptic future where the fate of humans and mutants is unknown? When the trailer came out, I speculated that maybe this storyline would serve as a stand-in of sorts for Scarlet Witch performing her “No more mutants” spell during House of M, thereby getting rid of tons of mutants. Obviously, Scarlet Witch is part of the Marvel Cinematic Universe, so House of M can’t ever happen on-screen (unless Marvel and Fox finally play nice). Still, it seemed like Logan was planning to do some sort of equivalent, probably with a few details changed.

In Messiah War, which is an X-Force story-arc set after the events of House of M, Wolverine (and some other X-Force characters) mucks about in the time-stream a bit and ends up meeting a 900-years-later version of Deadpool, who has survived for all those years thanks to his healing factor. In the intervening time, he’s found some unusual ways to entertain himself. He explains it all to Wolverine as follows: 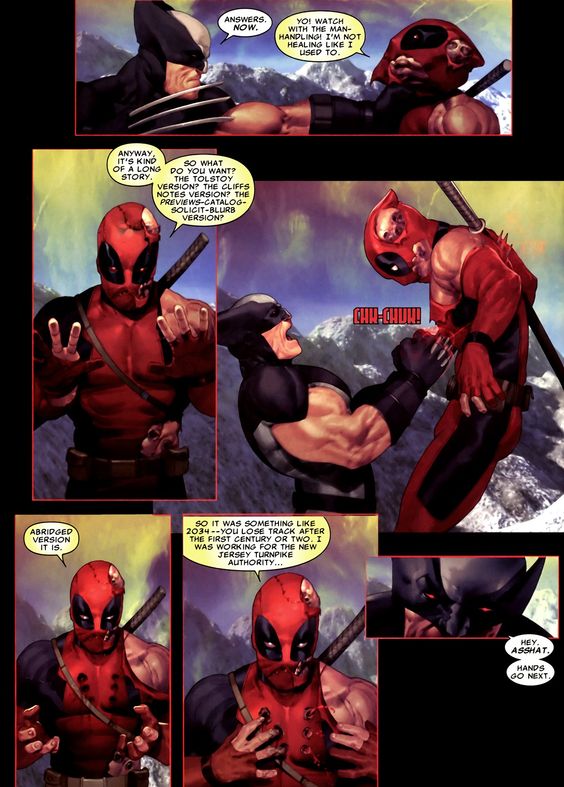 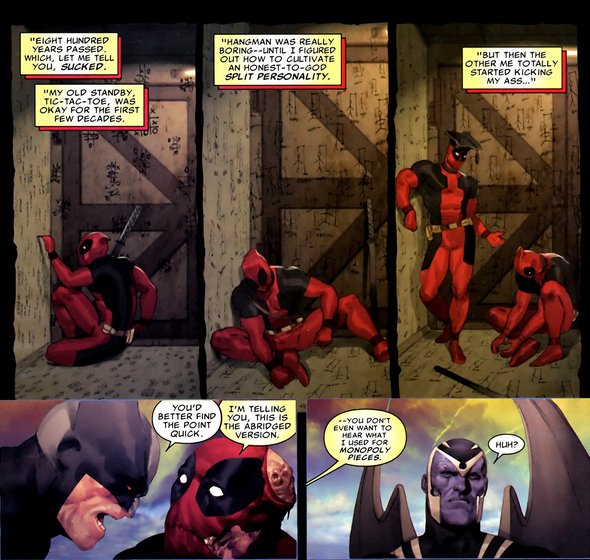 Even though the circumstances of Logan will be different, it’s still set in a post-apocalyptic future, so Wolverine and Deadpool meeting one another could still happen in a similar way. It’d explain what Deadpool’s been up to in the intervening time period, and it’ll also provide a fun opportunity for Deadpool to break the fourth wall and point to the many timeline inconsistencies present in the current X-Men universe. Maybe then Deadpool will be the character who gets to take X-23 back in time with him to join forces with him in–you guessed it–the X-Force movie.

I have no idea what Logan is actually going to do, or if Deadpool will appear in the movie at all, but… well, I’d be very happy if that’s what the post-credits sequence ended up being. It would be a fun way to introduce X-Force and also show off one of the many storylines in the comics that I enjoyed, and it would also be a brief but excellent opportunity for banter between Deadpool and Wolverine. Wins all around.

So, 20th Century Fox, please feel free to steal my idea and use it to make a lot of money for Logan and for your future X-Force movie. I won’t even know. I’ll just think I guessed correctly.