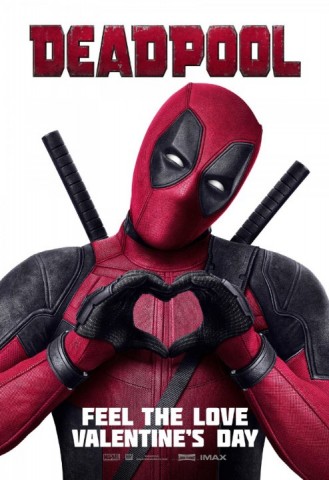 We got you a gift for Valentine’s Day, but we didn’t quite bring enough to share with the whole class, so you’re going to have to compete for it. We’ll forgo the swords, guns, and superpowers, though, and let you all settle it through tweets. Deadpool’s foes won’t be so lucky.

The prize for whoever comes out on top is a $25 AMC gift card (we’ve got two to give away) so that you and whoever you love can catch Deadpool in all its romantic glory when it hits theaters on February 12. If you want ultimate romance (and the ultimate moviegoing trip), head to see it at an AMC Prime theater location for the best aural experience, courtesy of Dolby Atmos. (Find your nearest suitably upgraded theater experience here.)

Based on Marvel Comics’ most unconventional anti-hero, Deadpool tells the origin story of former Special Forces operative turned mercenary Wade Wilson, who after being subjected to a rogue experiment that leaves him with accelerated healing powers, adopts the alter ego Deadpool. Armed with his new abilities and a dark, twisted sense of humor, Deadpool hunts down the man who nearly destroyed his life. Whether it’s a high speed car chase or shoot out, Dolby Atmos® puts you in the center of the action.

Now for all the boring rules:

1. You must be following us on Twitter, so we can DM you if you’ve won.
2. Be 18+ years old, because Deadpool is rated R.
3. Have an address in the United States.
4. Tweet the following in its entirety and with no alterations:

5. Winners will be selected tomorrow, Tuesday, February 9 so that we can get the prizes out in time for you to catch the movie, so keep a close eye on your DMs!