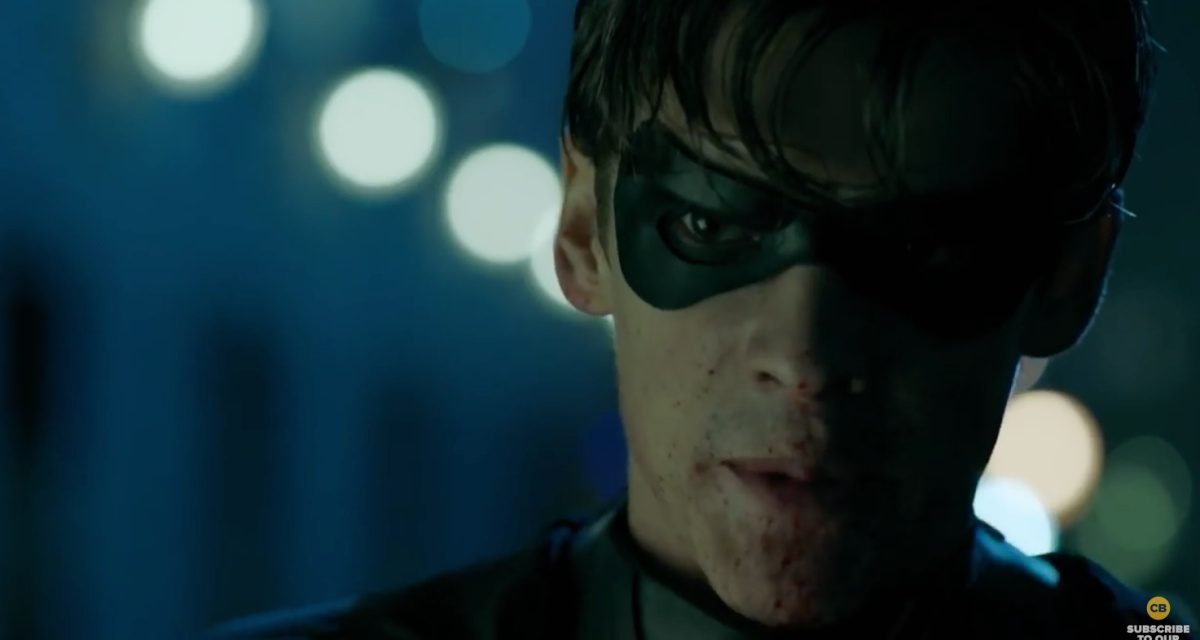 It got the internet’s attention for sure, but it also gave a very good idea of the sort of show Titans wants to be: dark, adult, shocking, and in no way beholden to the Batmans of the past. Having now seen three episodes, I can say Titans is all those things … but that’s not necessarily a compliment.

Full disclosure: I have never seen the original, and highly praised, Teen Titans cartoon beyond a few gifs on Tumblr. I also haven’t read the comic books, so I have nothing against which to judge how Titans treats this team, and I’m not holding deviations from that canon against it. But I am a fan of other DC shows, and I love Batman, the character, in all his angsty goth-with-a-heart-of-gold glory. I like what Batman and his Bat-fam stand for—that broken, but relatively normal people can become heroes with the right resources and the proper moral compass. Titans isn’t about that. I’m not quite sure what it’s about, aside from darkness being dark.

As with most superhero shows and movies, we start with an origin story—in this case, the origin story of the Titans team, made up (supposedly) of Robin, Raven (Teagan Croft), Starfire (Anna Diop), and Beast Boy (Ryan Potter). However, the show is not terribly interested in that dynamic, and it takes a while for all these characters to even get to the same county, let alone interact.

I assume the larger arc of the season will focus on these four becoming a team, but the show begins with a series of frustrating mysteries, not team-building. We meet Rachel Roth (who will be Raven), an angsty goth teen with dark powers (one of which seems to be always having perfect eyeliner), who falls into the path of Dick Grayson, a.k.a. Robin. 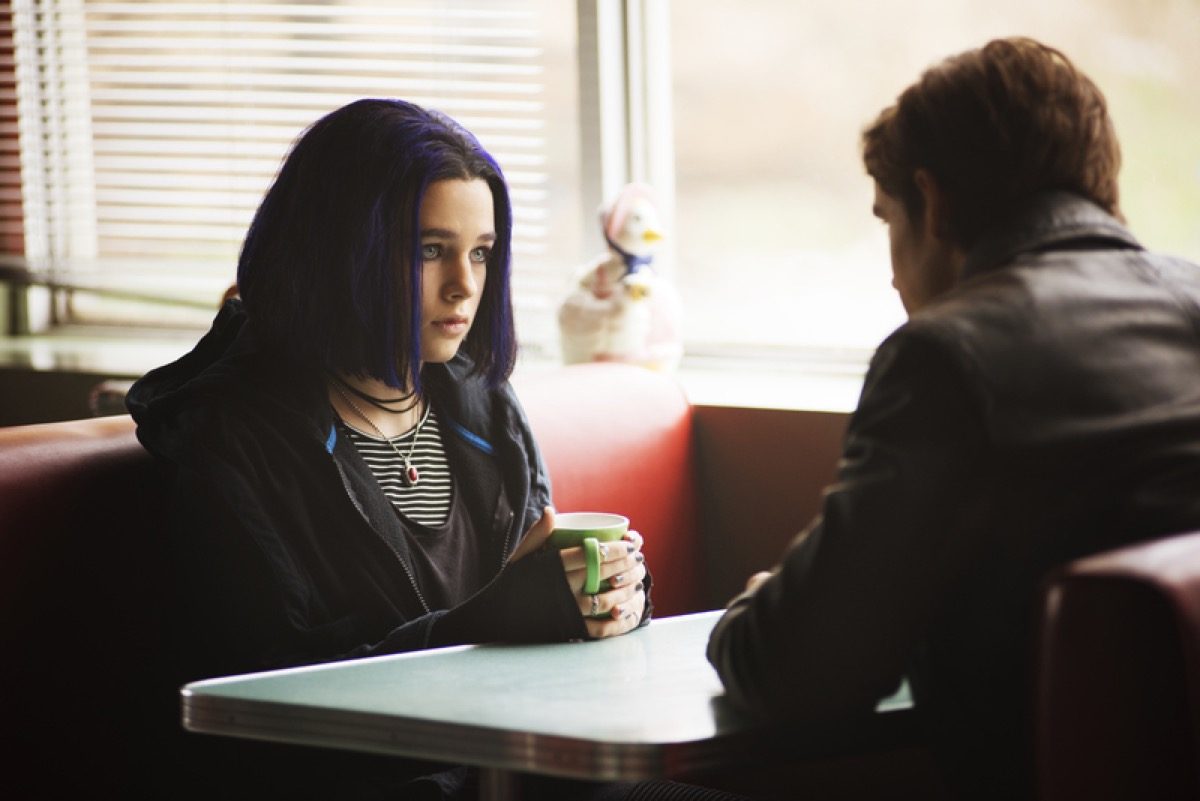 Dick has just started as a cop in Detroit, and he’s uninterested in working with partners of any kind. We know, as the audience, that this implies he had some sort of falling out with Batman, but Titans plays coy about telling us what that was. Rachel and Dick have some sort of connection, and when things go very badly for Rachel, Dick reluctantly helps her. He doesn’t help much, though, because he apparently has better, angsty-er things to do.

Dick is on some sort of … mission, involving an abused child? I don’t know. It leads to that scene from the trailer where he perpetrates some of the most graphic violence I have ever seen in a comic book show, or any show. I’m talking Game of Thrones levels of brutality and blood and irrelevance to the actual plot. The local authorities rightly call Robin a psychopath.

Raven’s powers get creepy and violent too, and maybe there’s a good reason people think she’s evil and want to use her for evil. At least Rachel, her powers, and her past are an interesting mystery. Dick and what’s happened to make him into, well … a giant dick … are not. Thwaites isn’t charismatic enough to draw you in or make you willing to forgive all that bloodshed.

The same is true of Anna Diop and what’s going on with Starfire, a.k.a. Kory Anders, who wakes up in a car in Austria wearing an ill-fitting vinyl dress, with no memory of who she is. That costuming has been discussed already, but it’s one of the least objectionable things about the character. I’m mainly concerned that she deals with most of her problems by burning people alive. 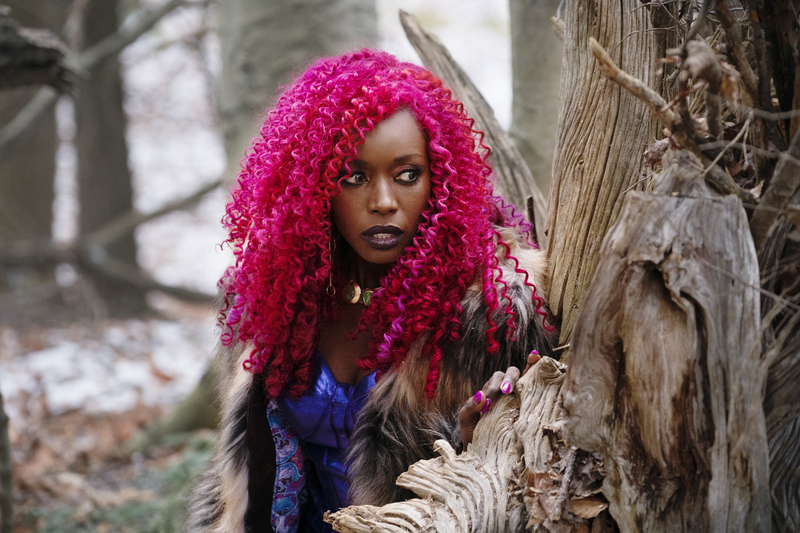 We also get some sex, in episode two, along with drinking and drug use. Add in the liberal and frankly distracting use of profanity, and it’s clear this show is trying very hard to be mature with a capital M. But why? Violence alone isn’t interesting. We must care about the characters involved in it, and with Titans, most of the characters are so violent, flippant, broody, or poorly drawn that I was left wondering if we’re even supposed to like them.

And here we’re back to where this all fits in Bat-verse. Across so many (though not all) versions, Batman has, as the Joker puts it, “one rule.” That’s “no murder,” and most DC heroes we’ve seen on screens big and small generally share that rule, if imperfectly, which is why it’s extra shocking that most of the Titans seem to have little to no respect for human life.

Sure, the people they kill are “bad guys,” but they still brutally kill them. Heck, even the characters in the show, such as the D.C. (as in Washington) superheroine Dove (Minka Kelly), comment on what the hell is wrong with Robin when he gets super brutal. Dove, by the way, could be the basis of an entire dissection of “female character as a sex object and victim to drive male storylines” tropes, but we don’t have the time.

Dove is at least a semi-nice person, and speaking of a nice person, you’re probably wondering where Beast Boy is in all of this. Well … he’s barely in the first few episodes, though his few seconds of screen-time are welcome spots of light in an otherwise dark story—and it is dark, literally, as in I had to close my windows and up my screen brightness to watch the show.

In so many scenes, it’s hard to even tell who people are. The production design, which has its moments, and the costuming, which doesn’t, are often obscured, and every face is washed out, dour, and pale, so all that blood really pops when it shows up. Darkness for the sake of darkness.

Is darkness the point of Titans? Is it meant to be titillating enough to get people to sign up for the DC Universe service to pay eight dollars a month to see Robin swear and castrate people, with maybe the promise of nudity later on? I don’t know. On its own, the DC Universe service is pretty novel—all the DC shows, movies, and comics, all in one place, with discussion and original programing.

I’ve heard good things about it, and the site is sleek and fun. Titans is not fun. It’s relentlessly “adult” so much so that it’s alienating, and so slow in developing the plot and bringing the characters together that it’s frustrating. I’m curious as to where it will go in the sense I want to see if it can get better or make these characters people I want to root for. Perhaps the show is about these unlikable people becoming likable heroes, but I’m not sure audiences will care about them enough to wait.