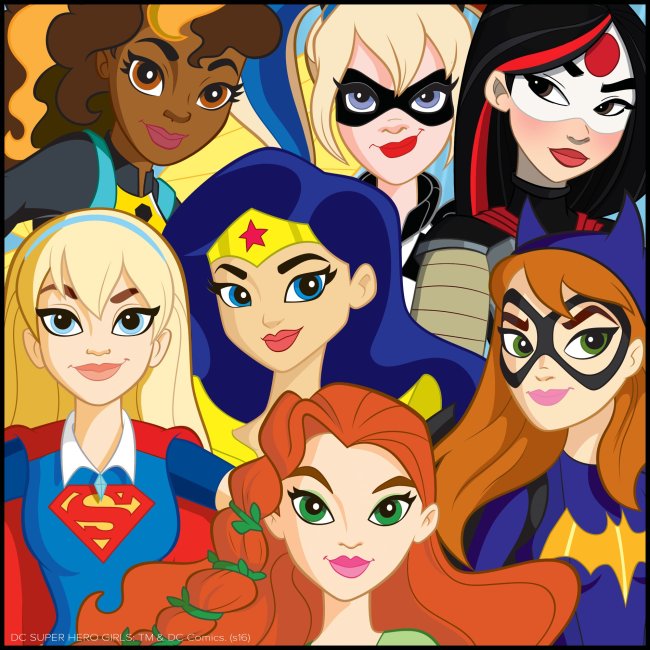 We’re big fans of DC Super Hero Girls around here. They’ve been delivering fun, inspiring, and age-appropriate takes on DC’s female heroes for their younger fans (as well as adults who value fun, inspiring takes on superheroes) not only through adorable web episodes and straight-to-video films, but through comics, books, and other merchandise. Now, they’re making the jump into a full-fledged animated series!

The new series will be arriving to Cartoon Network in 2018. But the best part? It’s being written by Emmy Award–winning producer Lauren Faust! You know, the woman responsible for My Little Pony: Friendship Is Magic? Yeah, this is gonna be good. According to a press release, we can expect “fresh character designs and storytelling” from Faust, who will be producing alongside Executive Producer and Warner Bros. Animation chief Sam Register, who also helms Teen Titans GO! and Justice League Action for Cartoon Network.

“The world may know them as Wonder Woman, Supergirl and Batgirl, but not-so-typical teenagers Diana, Kara and Barbara, alongside their Super Hero friends have much more to deal with than just protecting the citizens of Metropolis from some of the most sinister school-aged Super-Villains of the DC Universe. After all, being teens is tough enough, what with school, friends, family and the chaos that comes with managing a social life. . But add super powers and a secret identity to the mix, and things can get a lot more complicated.

Sure, gal pals Bumblebee, Zatanna and Green Lantern Jessica Cruz are always there to lend an ear, a shoulder to cry on, and a fist to punch with, and their bros in the Justice League amp up the fun whether they’re at a concert or taking down a crime ring. But what happens when Diana and her favorite study buddy and fencing partner, Tatsu, can’t agree on how to dole out justice as Wonder Woman and Katana? Or when Barbara finds out her Gotham-Con bestie is teen-fiend Harley Quinn? Along with all their friends, foes and frenemies, this squad of super teens navigates the unique growing pains that come when you’re a teenager trying to fight the battles of the world and the battles of growing up at the same time.”

What do you think? Are you excited? Will you be watching?