What DC’s Raven Can Mean to People With Mental Illness Science fiction is a fun sandbox in which to play with all kinds of wild ideas, but it’s always even better when those ideas are actually relatable. Not much is literally relatable about space travel or super powers, but that’s okay. Those things become tools to convey elements of real life. It’s a common enough idea, but boy is it effective. When we’re talking comic books, most people would agree that the best ones are those that act as metaphors for real-life problems.

As a character with some pretty literal inner demons, she presents a strong example of mental illness in comics. She is far from the only one approaching this topic—Green Lantern Jessica Cruz comes immediately to mind—but Raven’s abilities and characterization are a unique presentation of living with mental illness. This Mental Health Awareness Month, it’s time to talk about what this character can mean to people.

I say “can mean” on purpose, by the way. It’s difficult to tell sometimes exactly what the intentions were behind certain depictions of Raven. It’s entirely possible that some past writers never thought of her in a mental health context. To me, that only strengthens this reading of Raven. Even without deliberately being part of a conversation about mental illness, she still represents what living with it looks like. Overt discussion of mental health is invaluable, but there is something to be said for the fact that, regardless of authorial intent, it’s easy to see symptoms in her portrayal—specifically, symptoms of anxiety and depression.

It doesn’t hurt that she’s most often depicted as a teenage girl, a demographic that is hugely affected by anxiety and depression today.

Early in her introduction to the broader comics canon, Raven appeared in the 1980 comic New Teen Titans, by Marv Wolfman and George Pérez. In issue #1, Raven is the one who actually assembles the titular team. She doesn’t do a great job, and early days with the new Titans are rocky, but she still does it. 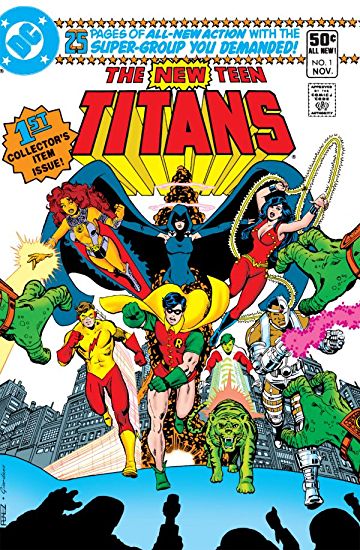 Dick Grayson gets most of the credit for the team, and that’s fair; he probably should. Still, Raven gets none of the credit she earned for her social awareness.

Really, Raven’s problem is not that she is socially inept, as she often appears to be. She’s an empath—understanding people is kind of her gig. It’s the whole reason she was able to put the new Titans together back in the ‘80s. Where she falters is her implementation of the things she knows. That’s often a big part of the overall struggle when dealing with anxiety; Raven knows a lot about people and society, but she has no idea what to do with that or where she fits in.

Her ability to read others often works to her detriment. The fact that she struggles to fully understand herself certainly doesn’t help. Having the abilities that she does, and that they stem from such a dark and often physically painful place, is deeply isolating for Raven. She often feels alone, misunderstood, and out of place. She also feels that she deserves those things. To her fairly unnavigable mind, there is something wrong with her.

This is the case in the 2016 miniseries Raven, also written by Marv Wolfman, 36 years after he first worked with the character. This time, she’s alone, imprisoning her father in an alternate dimension she holds in her mind, and to top it all off, she’s attending high school. It’s sort of the perfect storm for telling such an important and relatable core narrative, and Wolfman more than delivers. 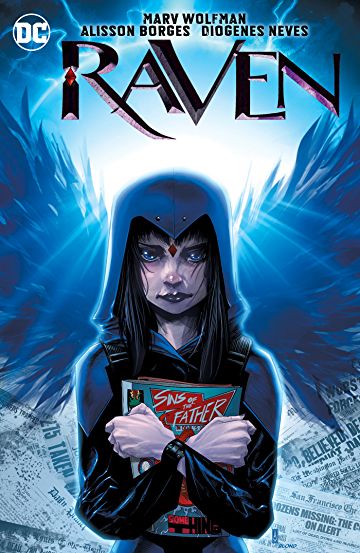 Towards the end of this miniseries, Raven’s friends and extended family discover the abilities she’s so anxious about, and they don’t reject her as she feared they would. Beyond that, she needs to accept their help and emotional support in order to defeat the villain at the end.

This is a story about a super-powered teenager from another dimension, and it also isn’t about that at all. Wolfman manages to tell a compelling story that also speaks to a very real and very difficult situation for a lot of people. It isn’t even the best utilization of Raven to portray this struggle, which speaks to her nearly endless potential to connect to readers.

If you ask me, the 2003 animated TV show Teen Titans did it best in its version of the classic Trigon conflict. Here, the show tied Raven’s internal struggle strongly to her team. In doing so, it was so much more obvious when she started pulling away from the teammates who had become her family. This, in turn, made the entire complicated situation so much more personal—fans hurt just as badly as she did when she retreated into herself.

Just like in Wolfman’s miniseries, this Raven can’t complete her journey until she admits that she needs help. But before she does that, her shame and anxiety are palpable throughout the entire season. It makes her eventual acceptance of help that much more cathartic, and it spoke to me, as a young viewer, in ways I wouldn’t understand for years. 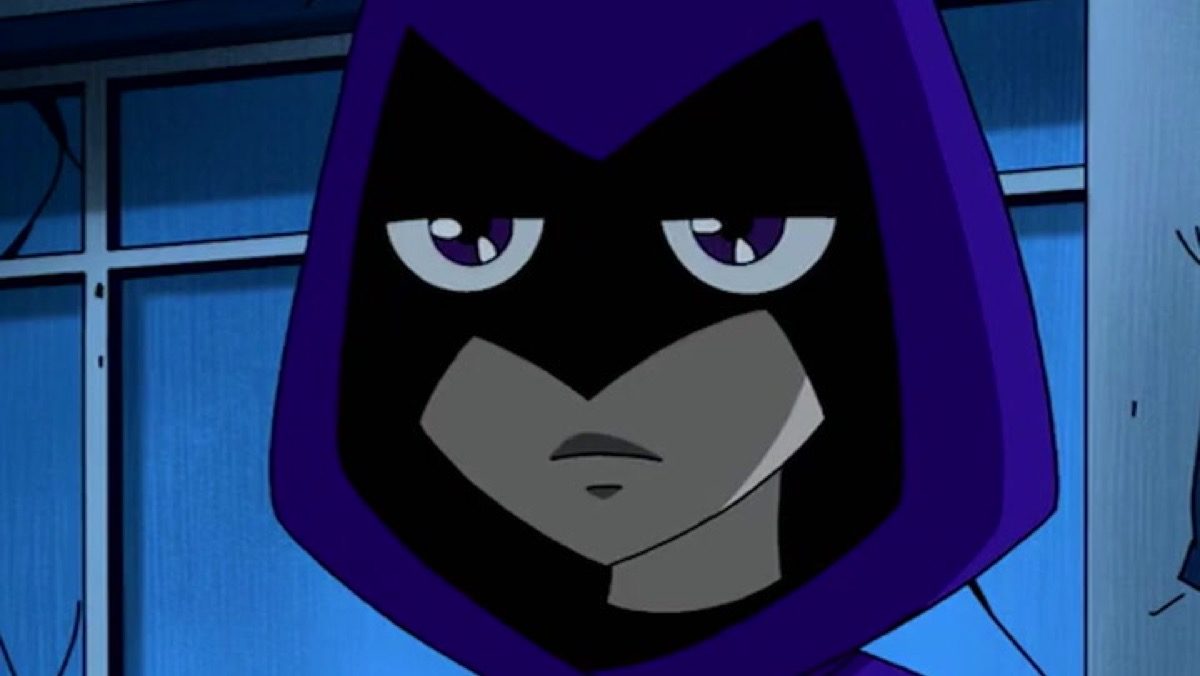 That’s likely something many people can relate to. On the surface, Raven is a cool, witchy character with a reserved temperament and dry humor. She has an interesting personal mythos and a rad hooded cape, and that’s all great, but beneath that, her daily mannerisms parallel those born of anxiety. A lot of her habits are good coping mechanisms, things like deep breathing and meditation that allow her to feel peace amidst emotions she often feels controlled by.

There is just something familiar about Raven—something about her attitude, the way she carries herself, the way she handles everything from school to saving the world, that speaks to people’s struggles. It truly is science fiction at its best: a character who is otherworldly in nearly every way being relatable to some of the most personal problems we face.

Any narrative involving Raven doesn’t have to be about mental health, but it can be. Ultimately, Raven’s stories have the potential to reach a lot of people who need them, and that’s what makes her so valuable.