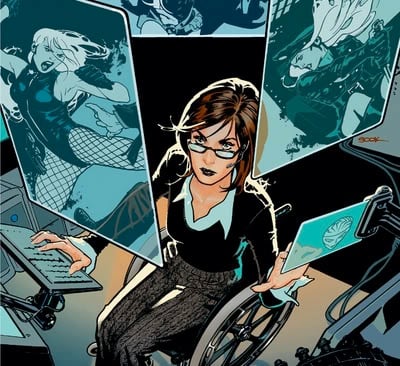 DC Comics, the more senior half of the Big Two, announced that they are also going to be diving in to the realm of digital distribution, and doing so even more aggressively than Marvel. DC will be creating a iThing App, as well as partnering with Comixology.com and the PlayStation Network to bring comic books straight to your PSP, iPhone, iPad, iPod Touch, or desktop computer.  From The Source:

“At DC Comics, it has been a top priority that DC forges a meaningful, forward-looking digital strategy,” said Jim Lee, Co-Publisher, DC Comics. “As both a comic book creator and Co-Publisher, it was incredibly important that our plan includes not only creator incentive payments, but also an innovative component that supports comic shop owners. We see digital as an opportunity to grow our entire business.”

Digital distribution that supports brick and mortar stores?  People keep saying this, and we keep wincing.

On offer, over the three different services, are thousands of classic issues from DC, Vertigo, and Wildstorm.  Specifically, the Source said this would include Sandman, Superman/Batman, Batman: Hush, Green Lantern: Rebirth, Fables: Legends in Exiles and Planetary: All Over the World, which will be available for $1-3 an issue.  Issues of Justice League: Generation Lost will be available digitally on the same day and for the same price as their paper counterparts.  There will be some launch freebies, namely the ZUDA comic Bayou, some issues of Batman: Black & White, and 10 pages of the upcoming Superman: Grounded storyline.  The Source seemed to indicate that the selection would be slightly different on each platform.

Staying true to comiXology’s support of comic retailers, DC’s partnership with comiXology also includes a first-of-its-kind Retailer Affiliate Program, which will collect a portion of digital revenues to be invested back to and on behalf of comic book retailers in a variety of initiatives.

“The ComicsPRO Board of Directors is looking forward to continuing our dialog with DC Comics to figure out how their digital strategy can lead to new customers for storefront retailers,” said Joe Field, owner/operator of Flying Colors Comics & Other Cool Stuff, an Eisner-Award winning comic book shop in Concord, California. “We’re pleased to be part of this important conversation about the future of the comics business.”

DC is going to take a portion of its digital profits … and give it to a third party who otherwise is not part of the distribution line in any way?  I love having a neighborhood comic store as much as the next fan, but there is no business sense here. As Scott Kurtz said about Marvel’s move towards digital:

Marvel Comics isn’t in the business of keeping retailers solvent. Marvel Comics is in the business of producing and distributing comic books to as many readers as possible. At least it SHOULD be. And if digital distribution has a chance of being more profitable than brick-and-mortar store distribution then Marvel owes it to it’s [sic] readers, creators and stock holders to pursue that business without having to worry about someone else’s business for nostalgia’s sake.

At this point, it doesn’t matter if the move away from independent stores and towards digital distribution is “right” or “wrong,” it is going to happen.  It does make comics more accessible to a wider audience.  It is simpler and cheaper for publishers if they can beat the pirates, who they’ve already been dealing anyway, because, you know, flatbed scanners can be had for like a hundred bucks. It’s just a matter of time.

Let’s get one thing straight: I love to interact with physical objects.  But monthly comics are pretty crappy as far as physical objects go, and they have been designed that way for eighty years.  They were originally printed on newsprint on retooled newspaper presses.  These days, you buy monthlies because you don’t want to be out of the loop, and then you buy the trade if the story turns out to be something you want to read over and over again.

Digital distribution instinctively makes me nervous, not least because DC and Marvel execs are not faces that I see every week, while the people at my local store are.  But buying monthly issues for less in a digital format, and then maybe later buying the trade … that has an appeal that is becomes disturbingly obvious the more I think about it.  It would give me greater control over my pull list, and would remove the worry of not getting to the store soon enough to pick up an issue of something I didn’t request. I would take chances on new stories, because it would be less inconvenient for me to stop if they were bad.  It would allow me, as a consumer, to wield the only power I have, my money, more specifically: By only buying comics that were good.

But that is all hypothetical, and in the future.  What I really want out of publishers and retailers right now is for both sides to stop pretending that digital is going to be good for the local retailer. It is not.  And this continued insistence that both parties will somehow make it good is bulshytt, if you’ll pardon my Orth.

NO I’M NOT READING ANATHEM FOR THE SECOND TIME WHY DO YOU ASK.