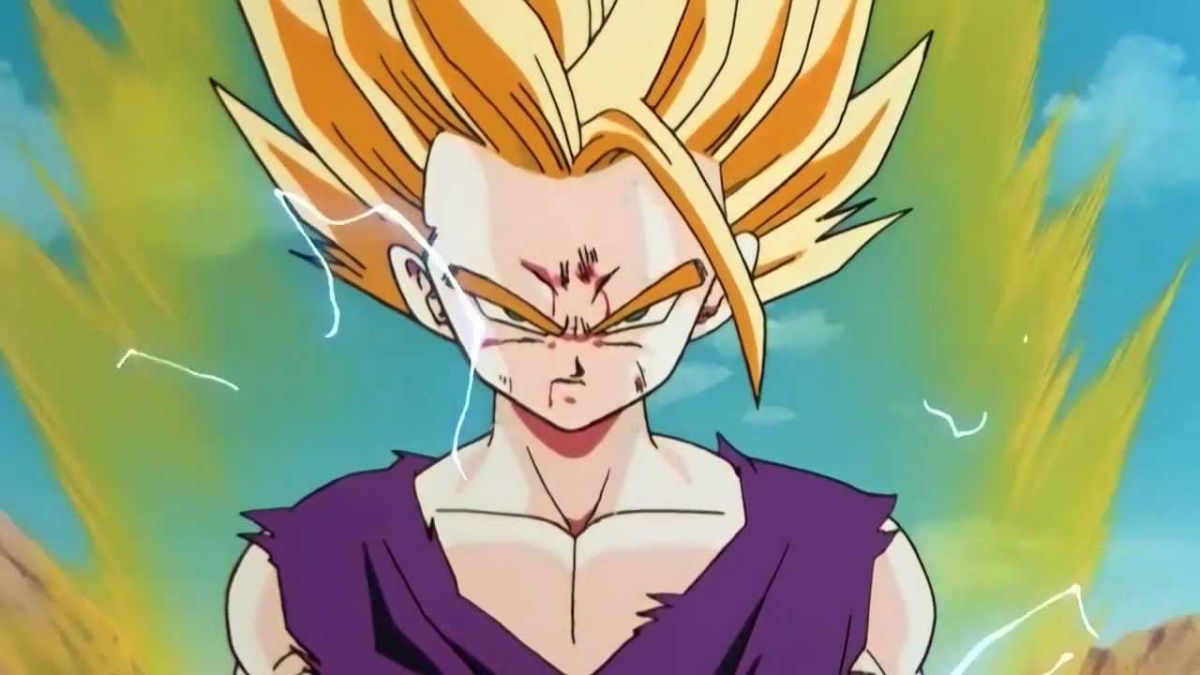 For many people on the outside of the fandom, Dragon Ball/Z/GT/Super+ can seem like a shallow show with a lot of punching, yelling, and men flexing around in tight clothing. While there is certainly a lot of that in the series, it would be very dismissive to think that Akira Toriyama’s series has lasted almost 35 years just on the basis of alien fighting. Dragon Ball is filled with fun characters and some really great character arcs—some Toriyama would undermine himself by having the series go on-and-on, but that still never fully erases the impact of those stories.

Now, Vegeta may be my favorite character, with my favorite arc in the series, but after watching Team Four Star’s most recent episode in the DBZ Abridged version of the Cell Saga, I was reminded of how complex Son Gohan’s storyline is.

Gohan, firstborn son of Goku and Chi-Chi, older brother of Goten, husband of Videl and father of (ugh) Pan, has a story that begins with his abduction by his uncle, Raditz, and comes to its best conclusion in the finale of the Cell Saga.

As a child, Gohan is very shy and studious, with dreams of being a scholar and lacking that Saiyan fighting spirit that we will see with literally every other Saiyan character but him (#Chi-Chi’s influence). That isn’t to say he’s entirely without ego or doesn’t enjoy knowing how to fight or being a great fighter; he simply doesn’t want to fight for fighting’s sake. That doesn’t mean he won’t fight in order to defend his family.

The first time he shows this ability to be powerful in defense of his family is when he’s abducted by Raditz. Throughout most of his captivity, he’s crying and is called a “coward,” but when Raditz starts torturing his father, Gohan delivers an unusually powerful headbutt to Raditz’s ribs, weakening him enough that Piccolo and Goku can kill him. Gohan similarly shows intense power when Piccolo is killed.

Gohan always reacts this way in defense, which in many ways makes him a traditional hero—reactive, not proactive.

He’s someone who believes in mercy, peace, and trying to talk things out. Who he learned that from, I have no idea, because even his “second dad” is kind of a bruiser even in his most logical moments.

However, as I said, the real test of this comes in the Cell Saga. For those unfamiliar with this, very quickly: Cell is a biological monster created by the scientist Dr. Gero to kill Son Goku. Cell was designed to possess all the abilities of the greatest fighters to have ever inhabited or visited Earth. He can heal himself and absorb the strength of other creatures. In my opinion, Cell is probably the strongest DBZ villain and most interesting, but that’s not the point. Being a diva, he creates the Cell Games to get the strongest warriors on Earth together to fight him in a long-game plan to kill Goku and co.

All the while, Goku realizes that it is time for him to prepare Gohan to protect the Earth, because Goku won’t be around forever (lies, but whatever), and Gohan is the most natural pick to be the next protector of Earth. Yet, when it comes time for Gohan to fight Cell, he hesitates and talks about how powerful he is, but he doesn’t go all the way into brutalizing Cell.

Cell knows that Gohan is holding back, and so does everyone else. To try to talk some sense into the boy, Android 16’s head (forget it Jake, it’s Dragon Ball) is flung over. He tells Gohan that it is because he appreciates humanity that he should fight to protect it. “It is no sin to fight for what’s right.”

Android 16’s death fuels Gohan in a way that is extremely powerful (and is bastardized in the dub by turning it from a silent moment of painful self-examination into a cliche monologue, because they think American audiences can’t understand nuance).

“It is no sin to fight for what’s right.” Yet, because of his anger at Cell for the murders so many people, Gohan stubbornly doesn’t kill Cell when he has the chance, and his father dies once more in trying to stop Cell from blowing up the Earth. In the end, once Cell tries to regenerate for the (approximately) hundredth time, Gohan (along with the spirit of his father) does a one-handed Kamehameha wave and finally stops the monster.

Gohan then goes on to mostly stop fighting, unless it’s to help people … and then the Buu Saga happens, and it’s … it’s the Buu Saga.

What is one of the really interesting things about Dragon Ball is that, for as much as the series can be stereotyped as a hyper-masculine wrestling soap opera, it often warns against violence for the sake of violence, allowing ego and revenge to be motivators. The fact that Gohan is, at his core, a thoughtful, kind, sensitive boy, who wants to be a scholar, not a warrior, doesn’t mean he can’t also be one of the most powerful fighters on Earth.